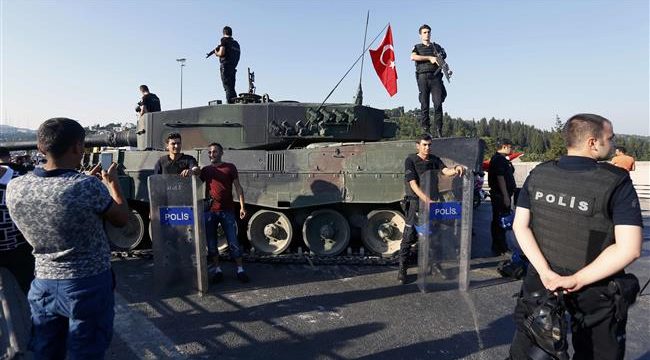 Turkey: Soldiers involved in failed coup account for 1.5 percent of the military

Turkey’s military on Wednesday rejected claims that soldiers behind the abortive coup of July 15 made up a considerable portion of the army, saying that the coup plotters only accounted for 1.5 percent of the country’s armed force.

The military said in a statement that 8,651 soldiers were involved in the coup attempt; a figure which, it said, amounted to a tiny portion of the armed forces.

The statement, which was carried by the NTV television, said the coup plotters were members of a “terrorist” network led by Fethullah Gulen, a cleric based in the United States who is known for his education and religious services but designated by the Turkish government as the key man behind the failed coup.

According to the statement, soldiers involved in the coup plot used about 35 airplanes, including 24 fighter jets, and 37 helicopters, in the course of the coup attempt, which lasted for a day. It said 37 tanks and 246 armored vehicles were also used in the action, which claimed 246 lives, excluding the coup plotters.

The statement warned that the Turkish military has the power to put down any further threat against the status quo in the country.

Reports say over 60,000 people have been sacked, suspended or detained as part of a massive crackdown by the government of President Recep Tayyip Erdogan on those branded as coup plotters or sympathizers. Thousands of soldiers and officers have been dismissed from the Turkish army as part of the purge.

On Wednesday, Turkey ordered another 47 journalists detained in connection with the failed coup.

President Erdogan has said that those behind the coup attempt would pay a heavy price.