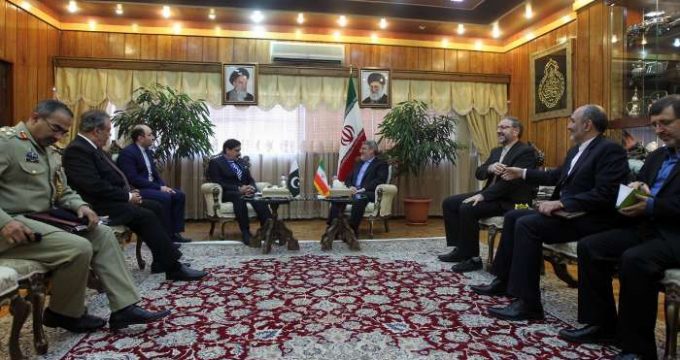 Tehran, July 26, IRNA – Iran and Pakistan are complementary to each other and their relations are strategic, Minister of Interior Abdolreza Rahmani Fazli said on Tuesday.

He made the remarks in a meeting with Pakistani Adviser to Prime Minister on National Security Nasir Khan Janjua.

The official said Iran is ready to hold the upcoming joint economic commission of Iran and Pakistan in Tehran.

He also called for cooperation between Tehran and Islamabad in border control, adding that Iran sees economic development of border areas with Pakistan as a precondition to sustainable security there.

Terrorist groups like Daesh (ISIS) are common threats, he noted.

Pakistani adviser to prime minister on national security for his part said that terrorism is the common enemy of both Tehran and Islamabad, adding that Pakistan is committed to boost all-out relations with Iran.

Speaking about his talks with Iranian officials, he called his talks fruitful and constructive.