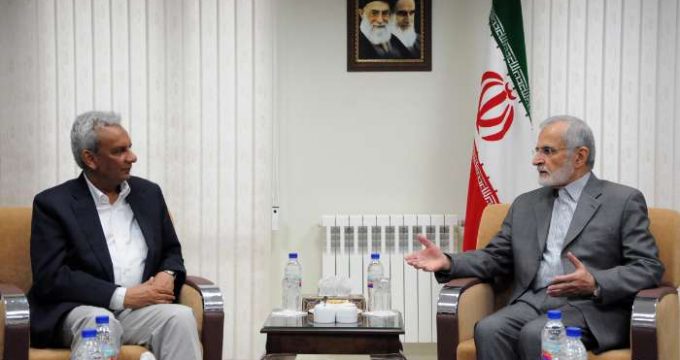 The 2700-km pipeline is aimed to transfer gas from Iran’s South Pars fields in the Persian Gulf to Pakistan’s major cities of Karachi and Multan and then further to Delhi.

‘Iran is fully ready to complete the Peace Pipeline project,’ Kharrazi said in a meeting with the visiting Indian officials from the country’s Institute for Defense Studies and Analyses on Monday.

Kharrazi said the pipeline as a project expected to foster regional security and peace, if completed, is going to positively affect the issues between India and Pakistan.

The Iranian official expressed regret over the delay in the major project saying that the completion of the project needs a national will on the Indian and Pakistani sides.

‘Promotion of economic ties between Islamabad and New Delhi can improve bilateral ties between the two nations as well as the regional security,’ Kharrazi said.

We should strengthen the pillars of our power to stand against the enemies, the head of Iran’s Strategic Council on Foreign Relations said.

‘If Iran and India as two independent countries and regional powers invest in advancing their power components they will be able to stand against foreign pressures,’ Kharrazi said.

‘We have no way, but standing against pressures to guarantee our subsistence,’ he said.