TEHRAN (Tasnim) – Two Afghan fighters who were held captive by Takfiri terrorists in Syria for more than a year disclosed new information about the presence of Saudi and Qatari reporters in militant-held areas in the Arab country to produce documentaries for the terrorists.

The two, named Abbas and Heidar, belong to the Fatemiyoun Brigade, an all-Afghan unit defending the Holy Shrine of Hazrat Zeynab (SA) against Takfiri terrorists in Syria.

They had been taken captive along with a number of other fighters during an operation in the southern Syrian province of Daraa back in April 2015.

Abbas and Heidar were released in June this year after spending over a year in captivity.

In the second part of their interview with Tasnim, they recounted their ordeal and revealed more details on the relationship between staff of Qatar’s Al Jazeera and Saudi Arabia’s Al Arabiya news channels and members of the terrorist group.

The reporters of these two TV networks frequented the place where the two Afghan fighters were held captive, Abbas and Heidar said, adding that they were aiding and abetting the militants, making documentaries for them.

“Al Jazeera journalists were there until the end of our captivity,” Abbas said. “They were around us day and night.”

Heidar said, “Al Jazeera and Al Arabiya (news channels) were aware of tortures we were going through… one Al Jazeera journalist used to visit us frequently. We thought he would report our (terrible) condition (to media)”.

In the first part of their interview with Tasnim, the two Afghan fighters had refuted claims that Iran is forcing poor Afghans to fight “for money” in Syria.

Earlier, a number of media outlets, including Britain’s state-funded television, the BBC Persian, broadcast interviews conducted by the terrorists with a number of fighters of the Fatemiyoun Brigade, including Abbas and Heidar.

In that interview, they confessed that they had received tempting offers from Iran to join the Syrian army and fight for Damascus.

But they told Tasnim that the confessions had been made under duress. 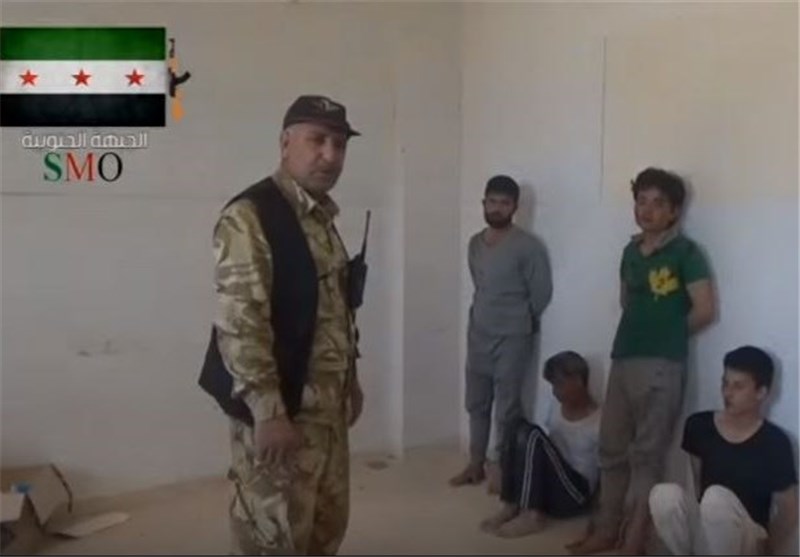 The Islamic Republic of Iran has repeatedly dismissed “fabricated” reports about recruiting Afghan refugees to fight in Syria, saying such claims are propagandistic.

Earlier, an informed source at Iran’s Foreign Ministry said there was evidence that the Afghan nationals are fighting both for and against Syrian President Bashar al-Assad.

“However, no one can speak with certainty about the circumstances of their (Afghans) presence on both sides of the Syrian front because the Daesh (also known as ISIL and ISIS) terrorist group and other terrorist groups have recruited forces from different countries including Afghanistan in support of their allies in Syria and Iraq,” the source added.

According to concrete evidence, some Afghans have been living in Syria and some others have departed for Syria from Afghanistan through Iran.

On January 19, Human Rights Watch (HRW) claimed that Iran’s Islamic Revolutionary Guards Corps (IRGC) has recruited thousands of undocumented Afghans living there to fight in Syria since at least November 2013.

Iran has sent military advisers to Syria to contribute to the Arab country’s fight against terrorists wreaking havoc in the conflict-stricken country.

The foreign-sponsored conflict in Syria, which flared in March 2011, has thus far claimed the lives of more than 260,000 people and left over one million injured, according to the United Nations.