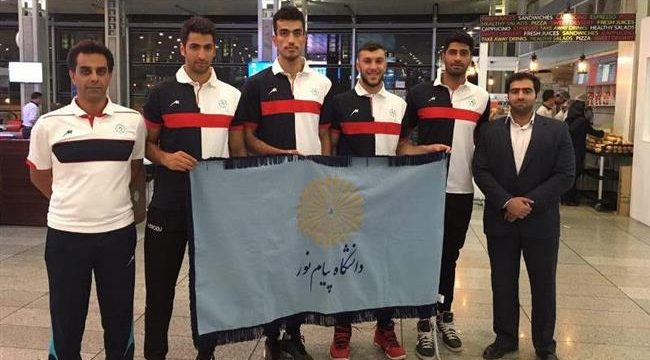 Iranian basketball players have managed to pick up the trophy at the end of the second edition of the Asian University 3×3 Basketball Championship in Macau, following a well-served victory over the hosts.

The Payame Noor University outfit, which was representing the Islamic Republic of Iran in the six-day tournament at the main gym of the University of Macau, defeated the Macau side 21-16 on Saturday evening to stand on top of the table at the end of their campaign in the continental tournament.

The Iranian sportsmen had defeated China B 21-8 in the semi-finals in the march to the final clash.

The second edition of the Asian University 3×3 Basketball Championship started in Macau on July 19 and finished on July 23.

A total of 22 teams from 12 countries and regions, including Brunei, China, Chinese Taipei, Hong Kong, Indonesia, Iran, Macau, Malaysia, the Philippines, South Korea, Sri Lanka, and Thailand competed in men’s and women’s contests, as well as the individual contest of men’s dunk and women’s shootout.

The 3×3 (pronounced three on three) basketball is a form of the game played three a side on one hoop.

The basketball discipline is currently being promoted and structured by FIBA, and the highest tournament for national 3×3 teams is the FIBA 3×3 World Championships.