Newspapers on Sunday covered the recent terrorist attacks in German city of Munich and Afghan capital of Kabul.

They also covered the beginning of Mahmoud Ahmadinejad’s campaigns for next year’s presidential elections. Ahmadinejad is said to have held secret talks with clerics in Qom to attract their support.

The ongoing war of words between Iran and Saudi Arabia as well as the issue of huge salaries also remained top stories in many papers. 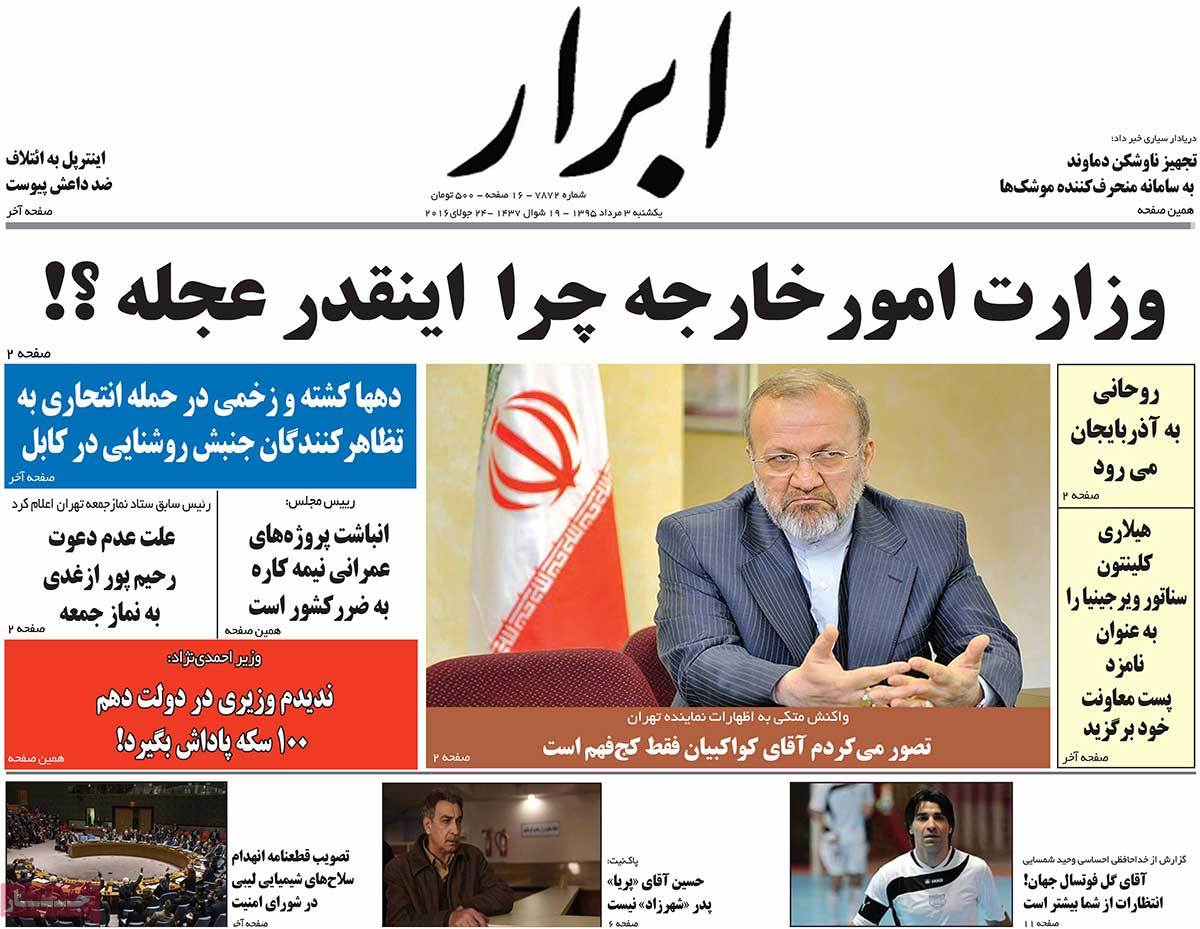 1- End of Russia’s Cooperation with OPEC 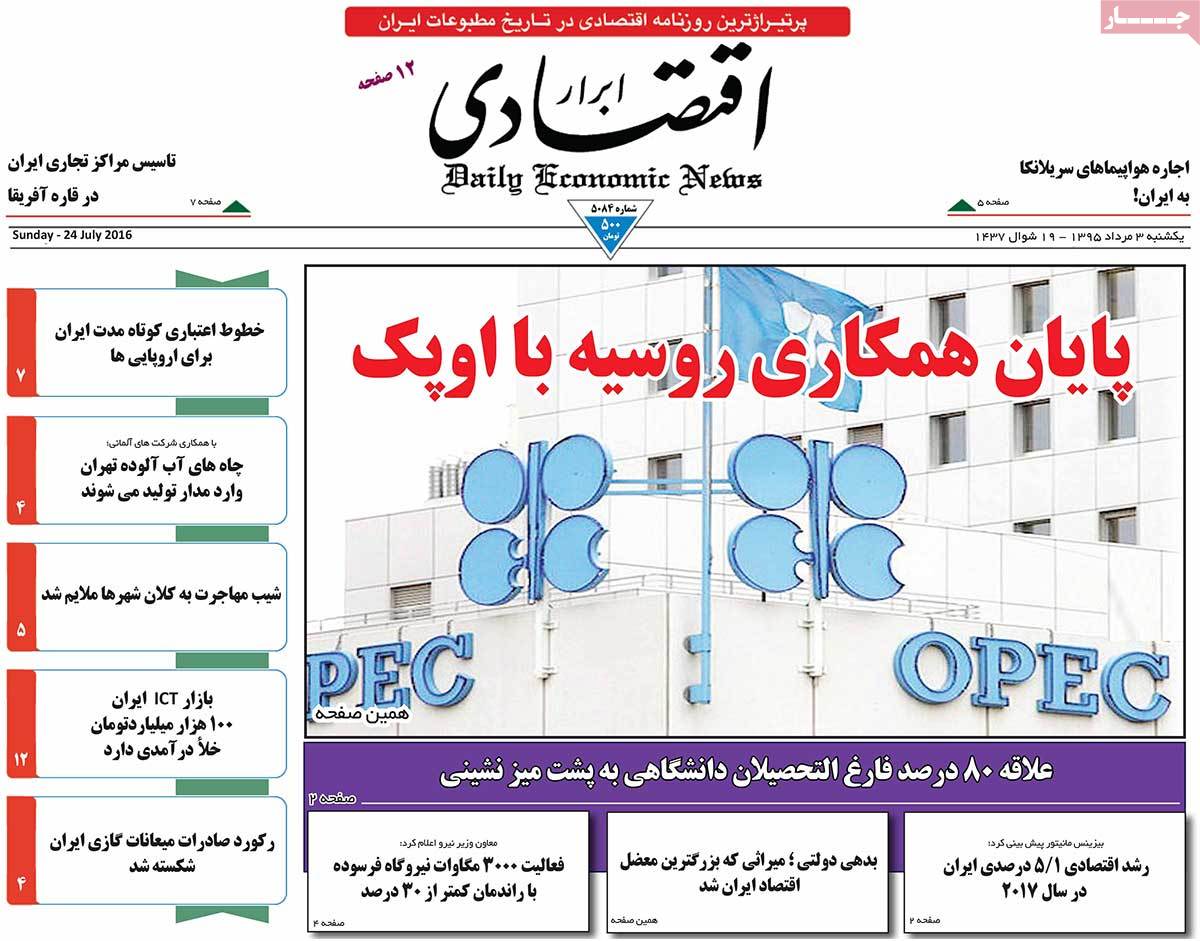 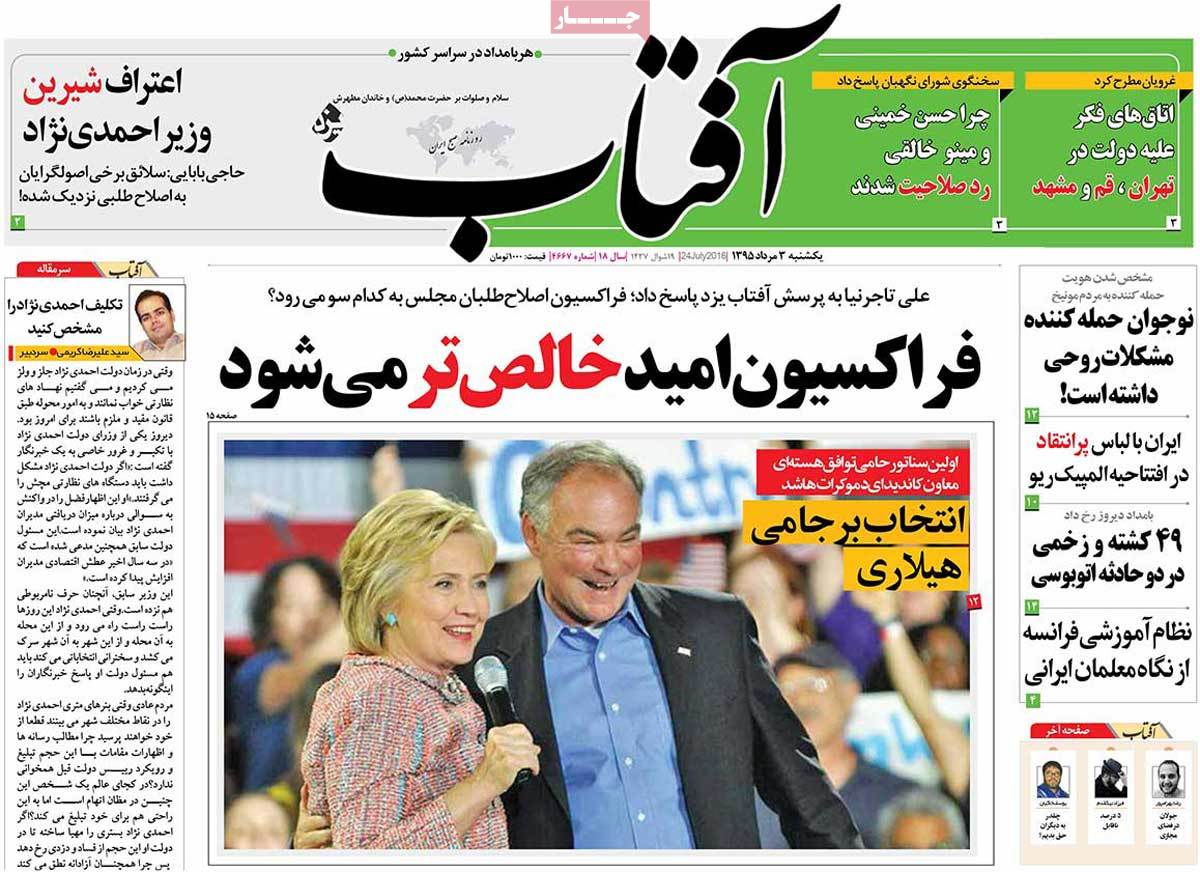 1- Zibakalam: Rouhani Will Win Presidential Elections Even with Hands Tied 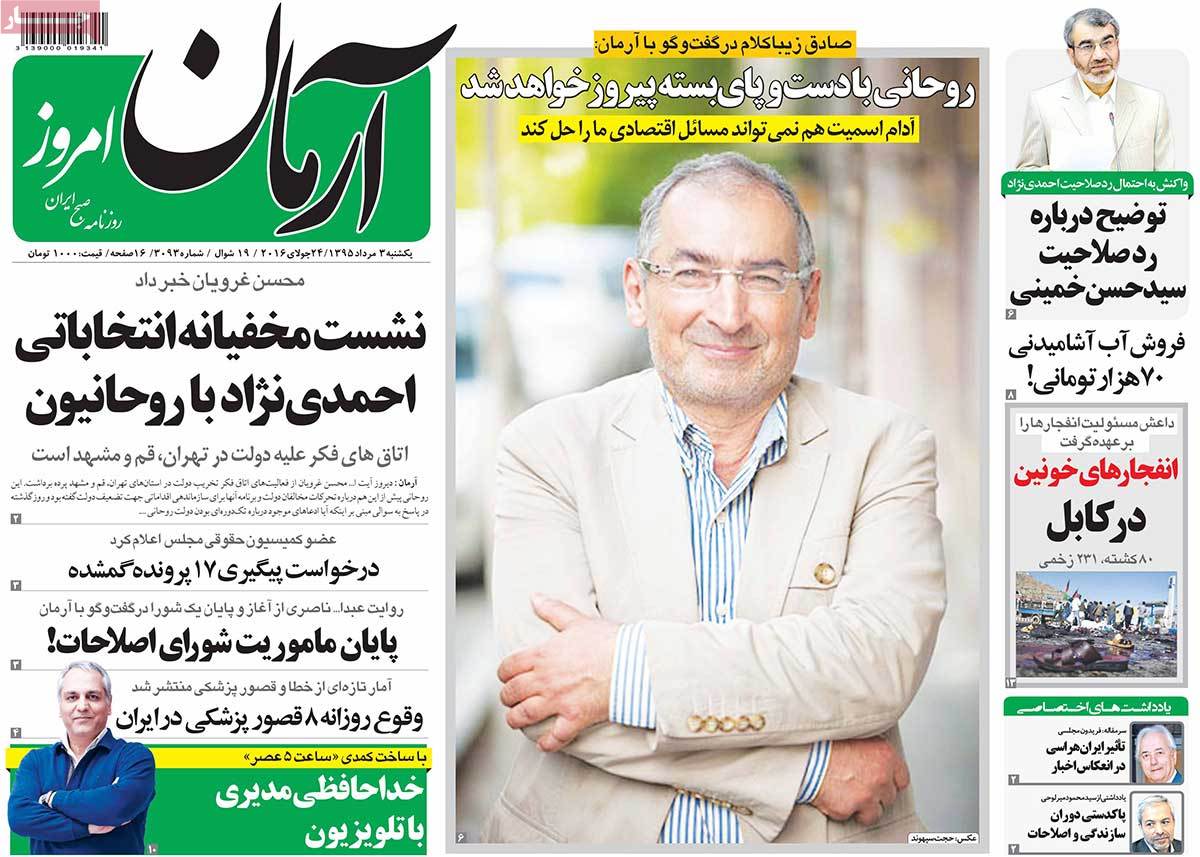 1- Alcohol Tasting Like Death: Most Athletes Die of Using Alcohol

1- Secrets behind Paycheques; Economy Minister: We Were Informed of Unconventional Salaries 1 Year Ago 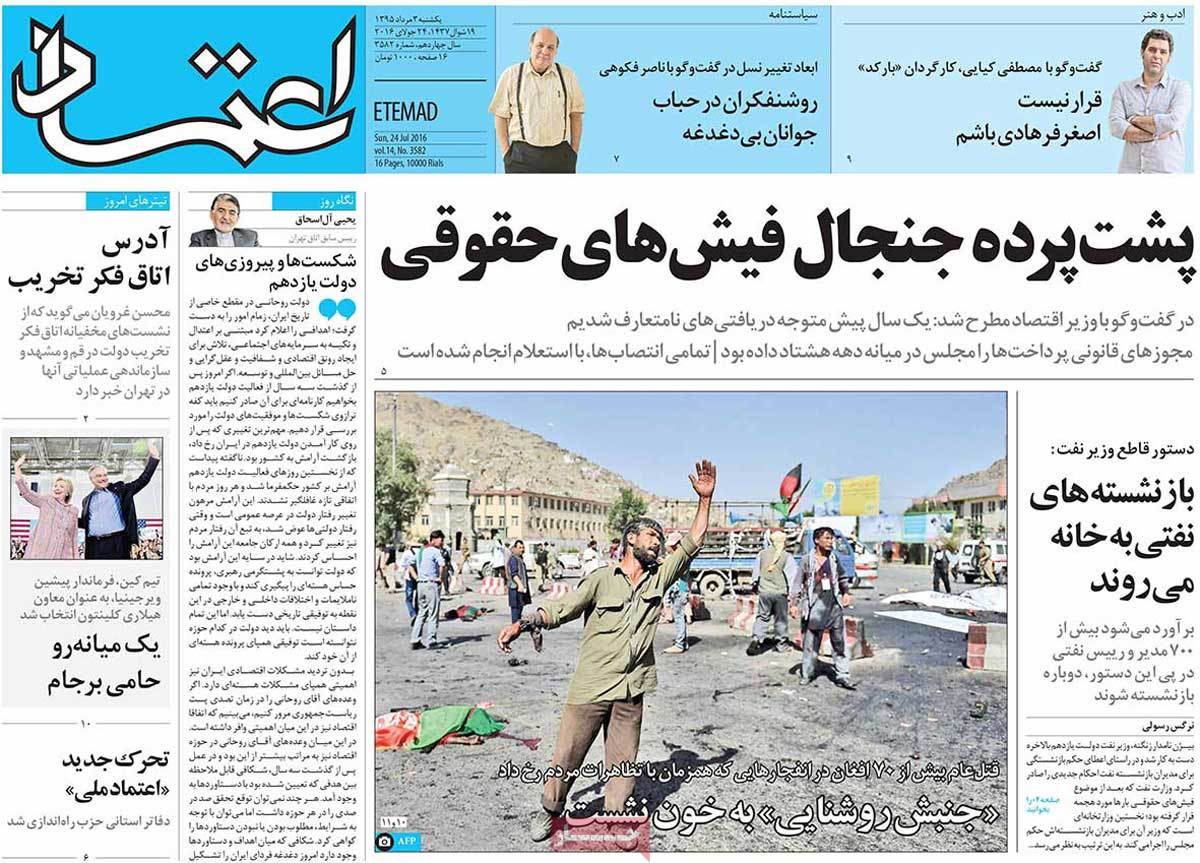 2- Culture Minister: All Citizens Should Have Access to Information of All Organizations 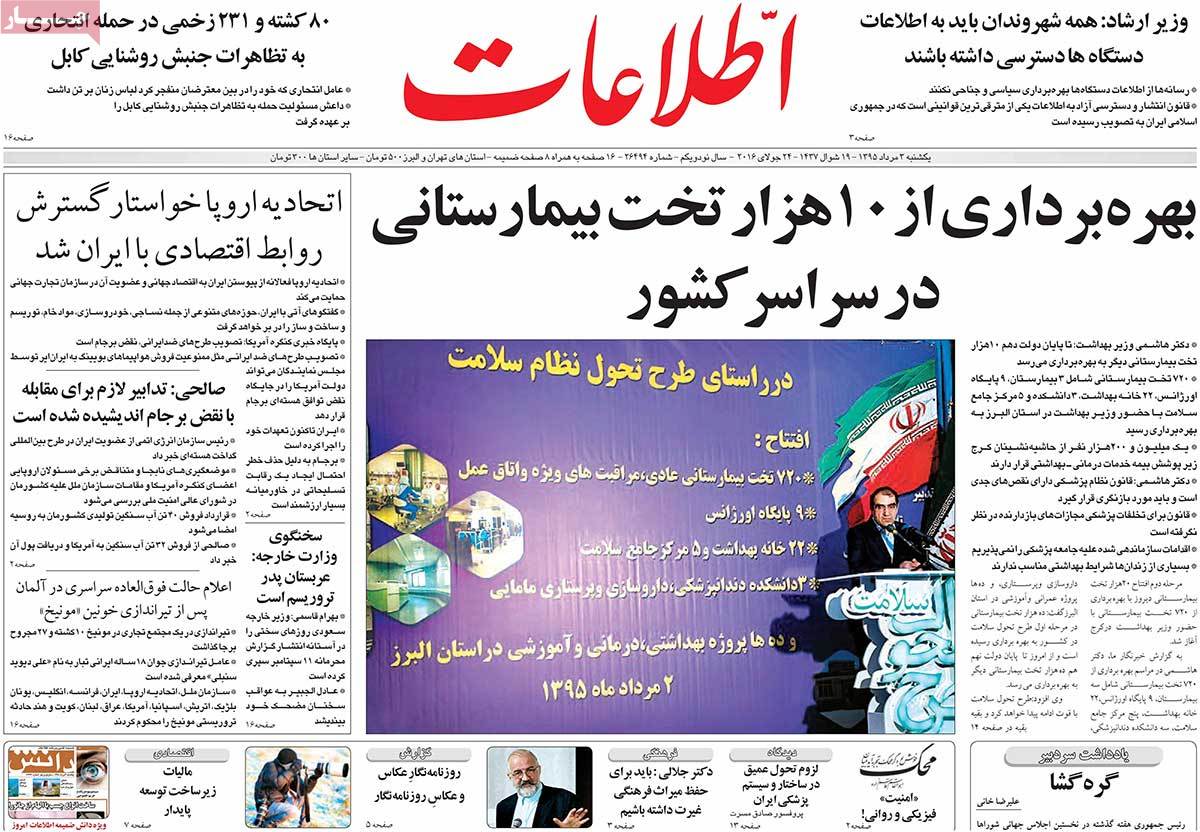 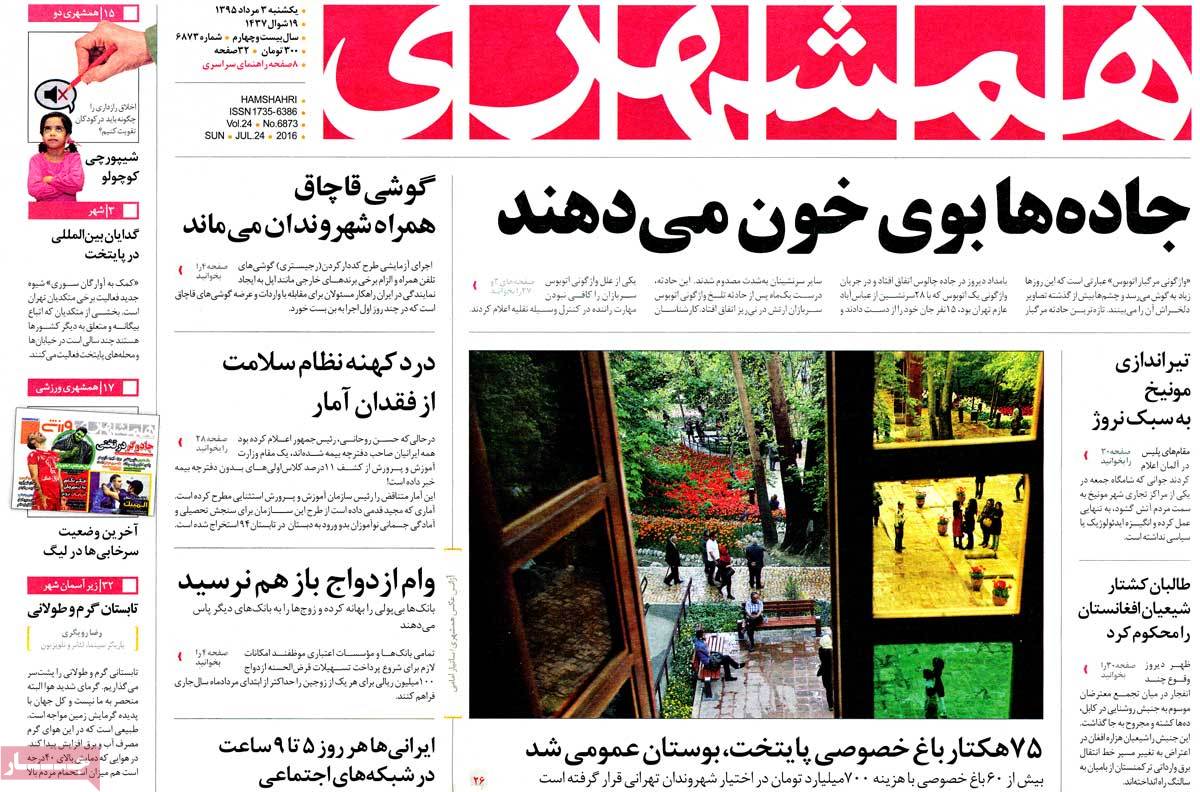 3- JCPOA a Model for Resolution of Iran’s Complicated Issues: Analyst 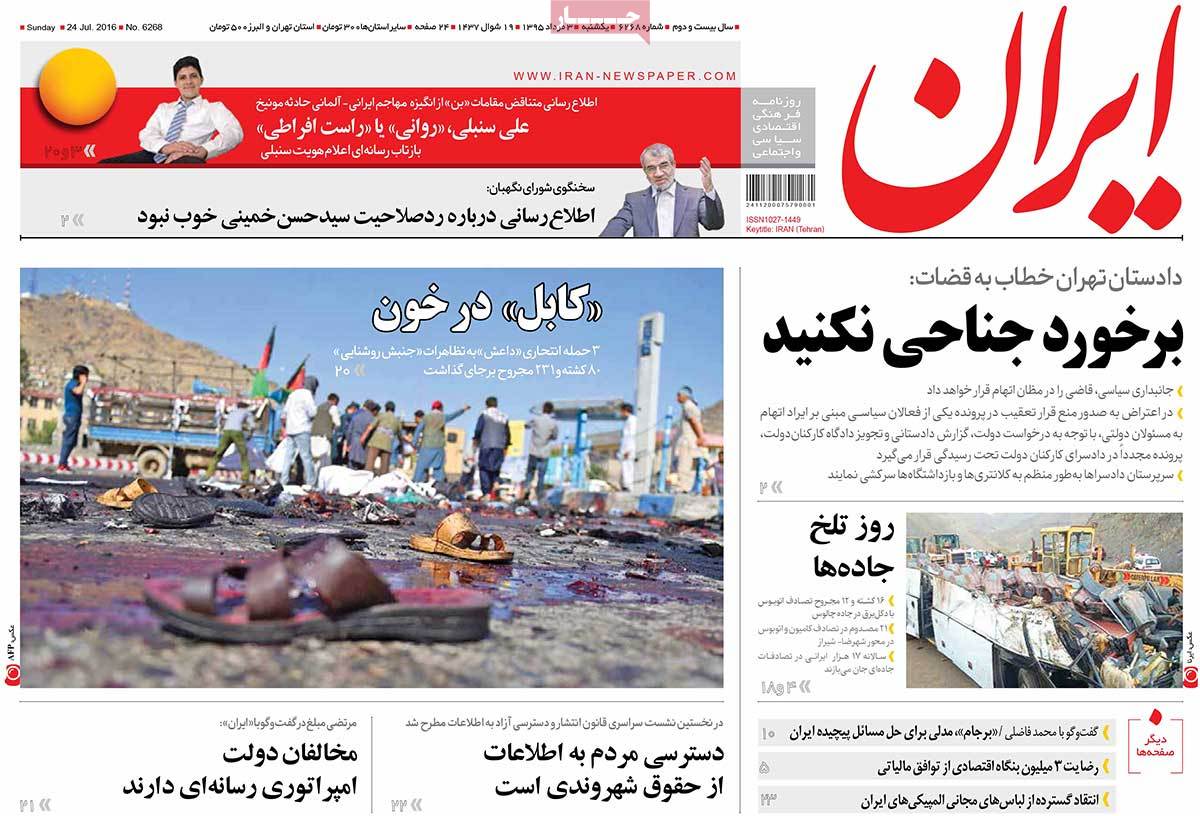 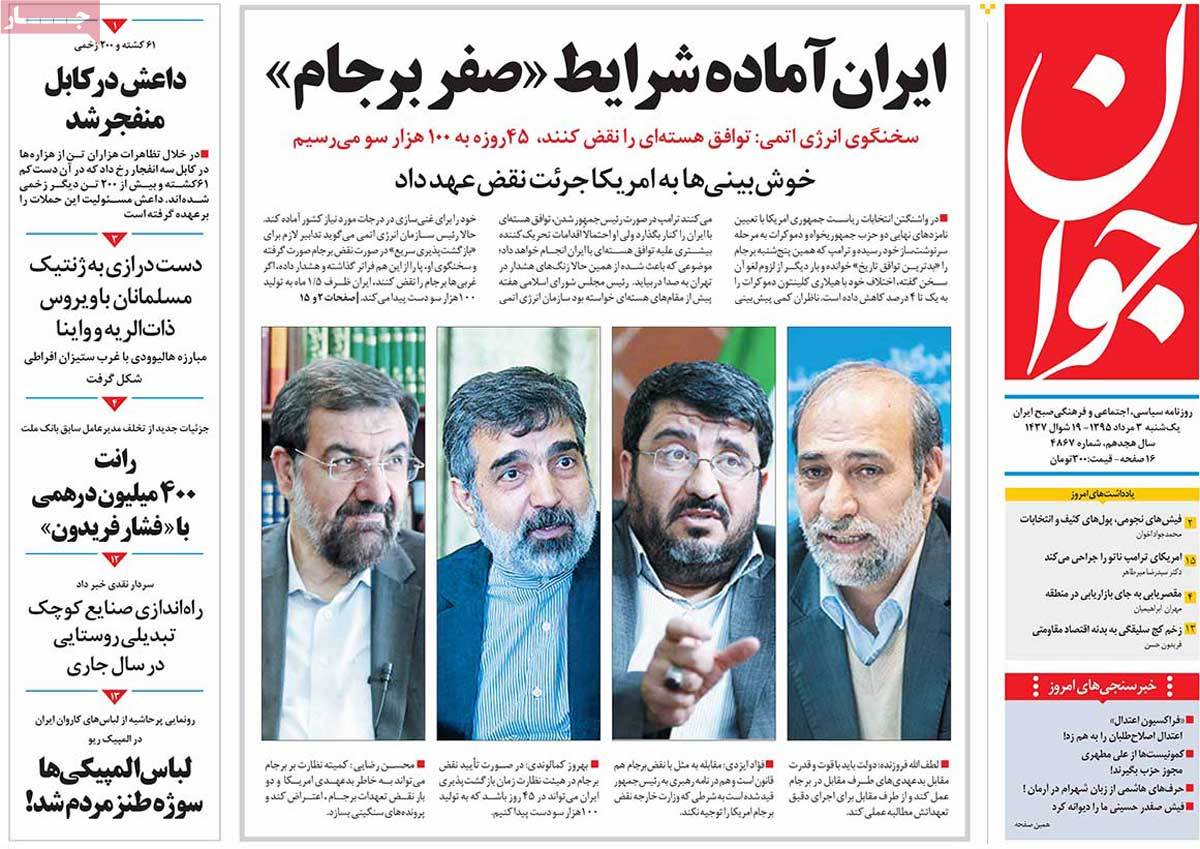 3- Another Lid on Secrets of Massacre of Shiites in Nigeria 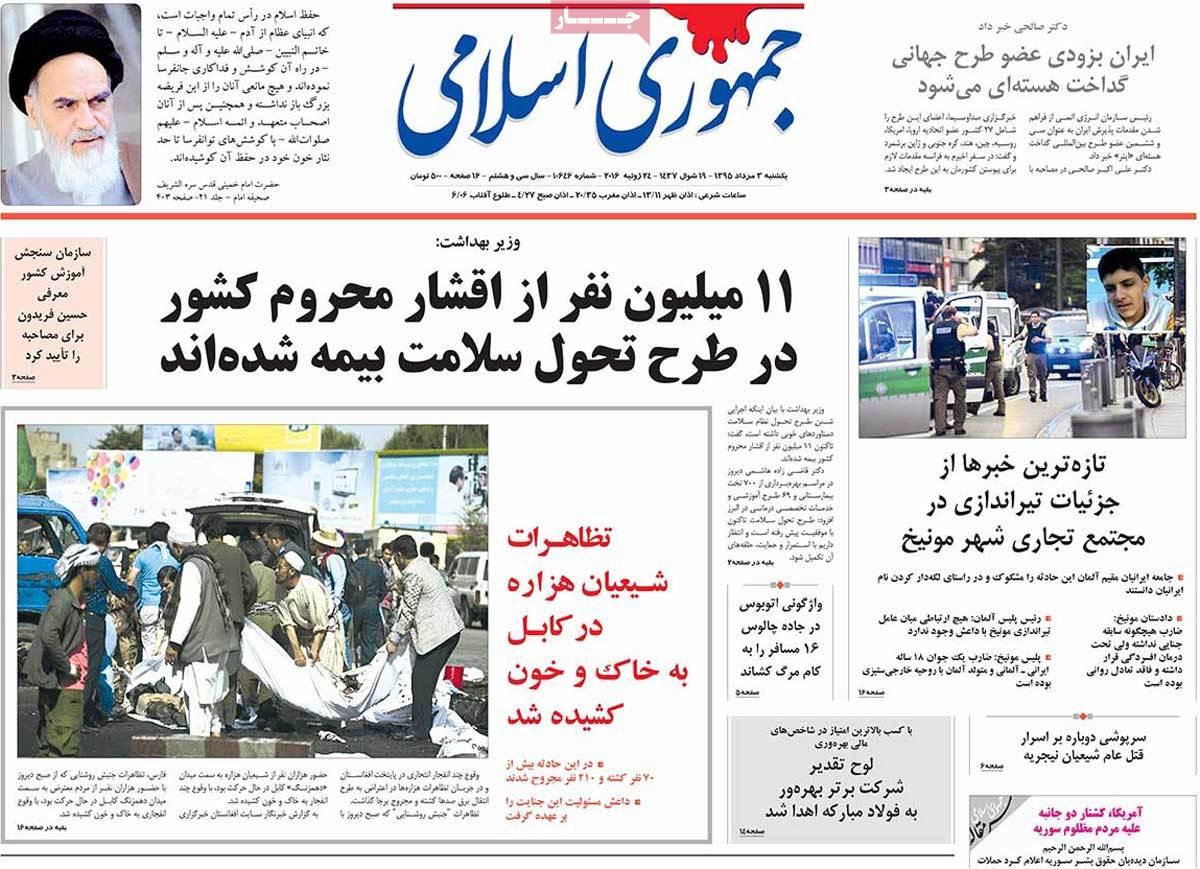 1- In Spite of Peugeot-Citroen’s Black Record: The French Domination of Iranian Car Market

2- Gary Sick: JCPOA Was Not Enough for Controlling Iran. Iran’s Regional Dominance Is a Matter of Concern 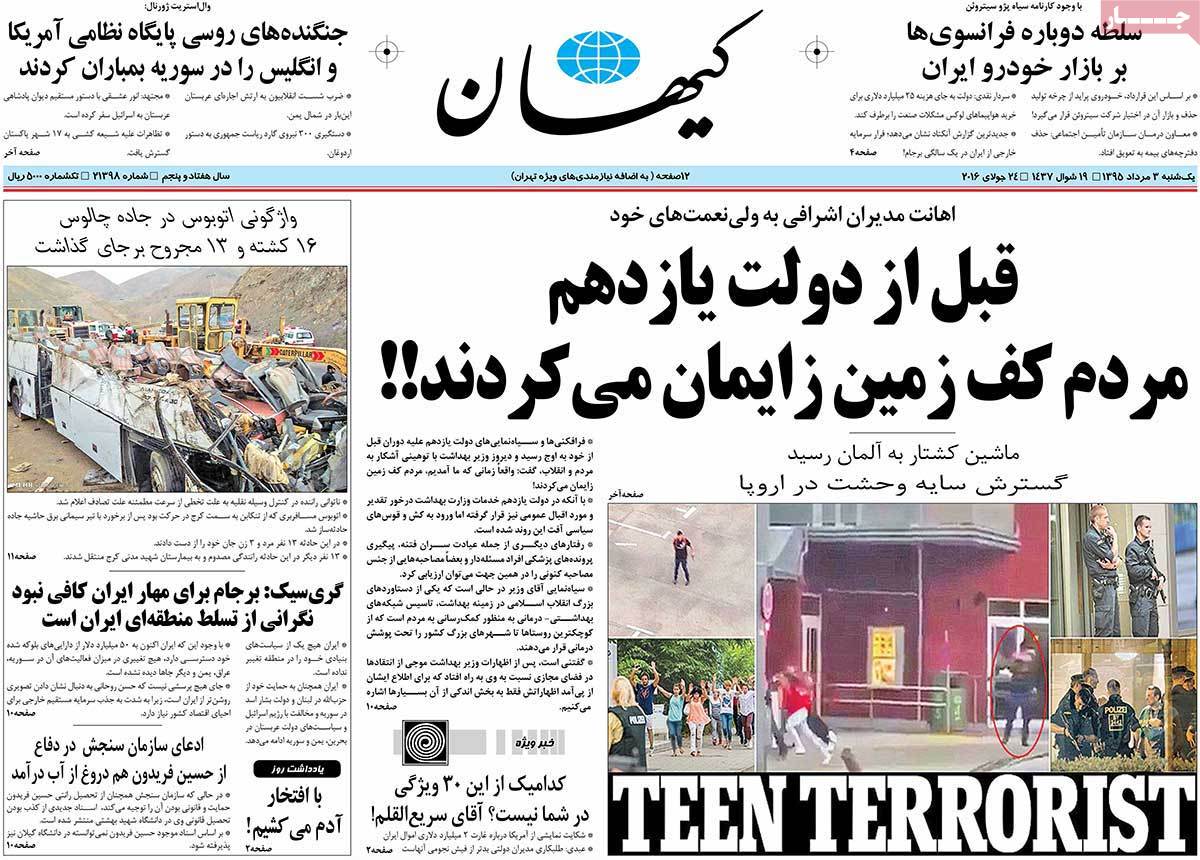 1- Post-JCPOA Deals Are Being Made with Bankrupt Western Businesses: Senior MP

3- Economic Downturn and Unemployment Is Prevailing Situation in Iran: Larijani

4- Founding Father of ISIS Angry at Iran; Iranian Foreign Ministry: Jubeir Should Think Twice about Repercussions of His Remarks 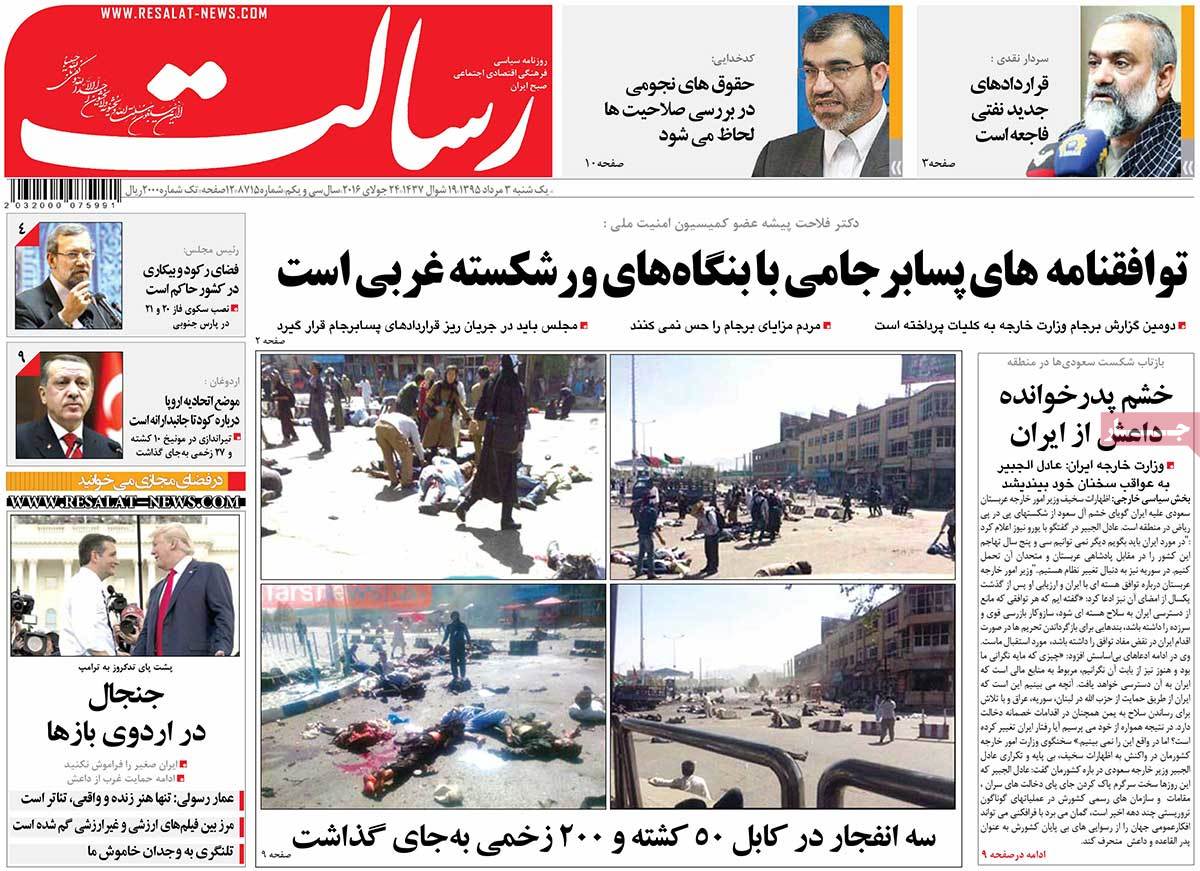 1- Simultaneous Attacks on Boeing Deal in Iran and the US 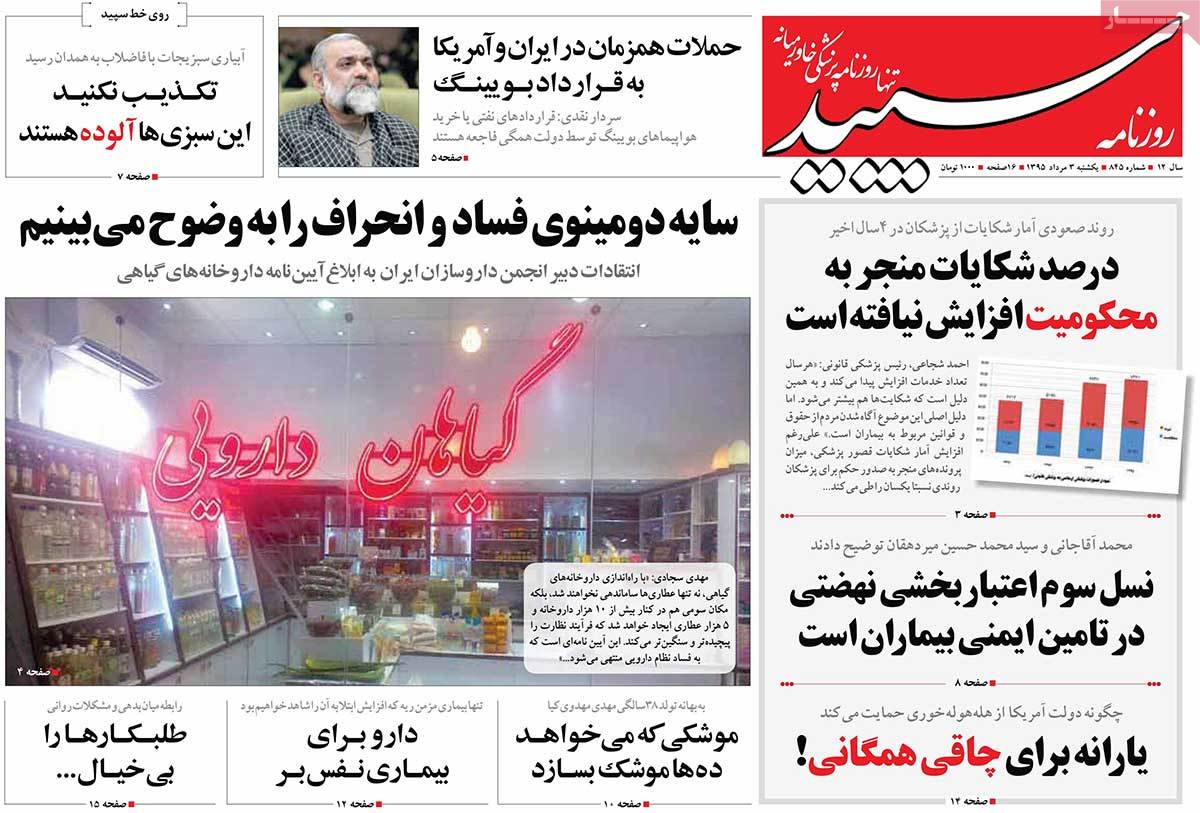 4- Difficulties of Life in Yazd’s Historical Town: Narrow Alleys with Kind Hearts; It Takes 10 Minutes for Ambulance to Get to the Scene 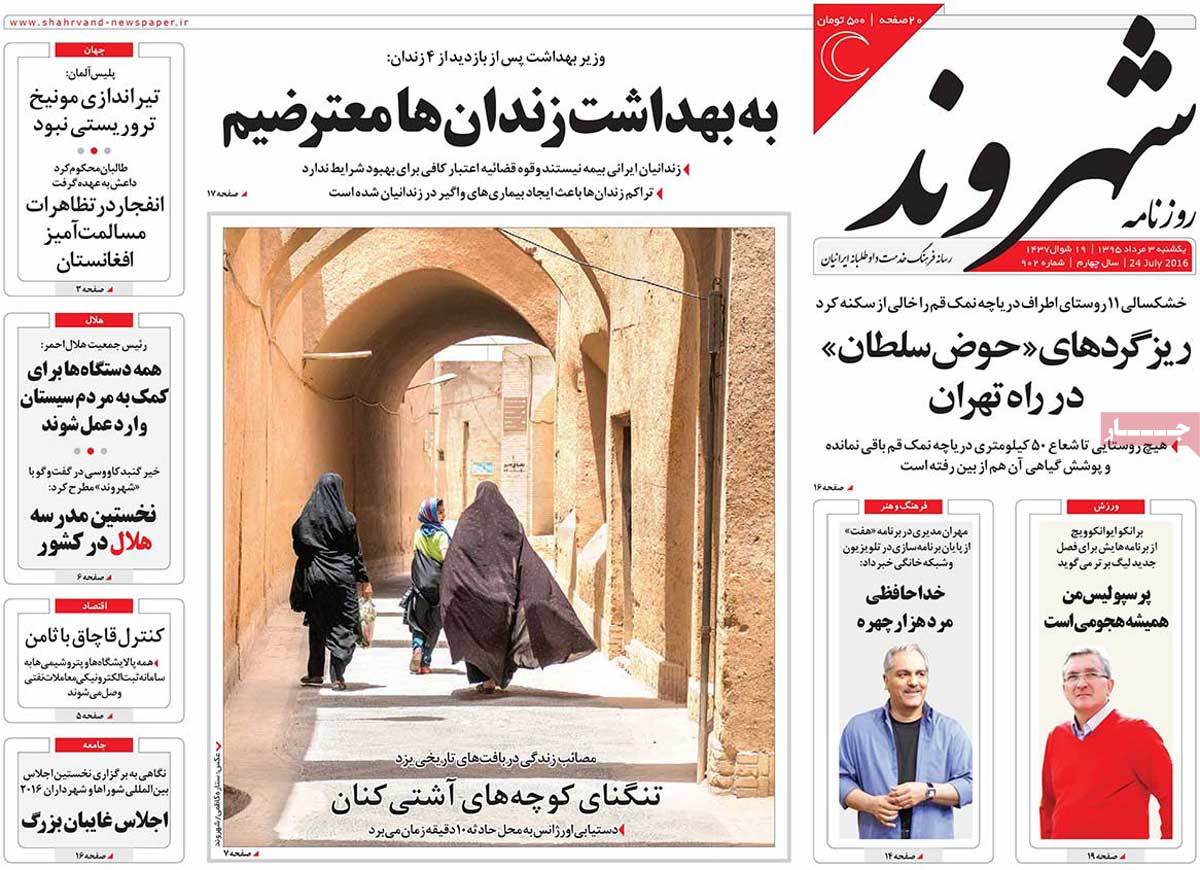 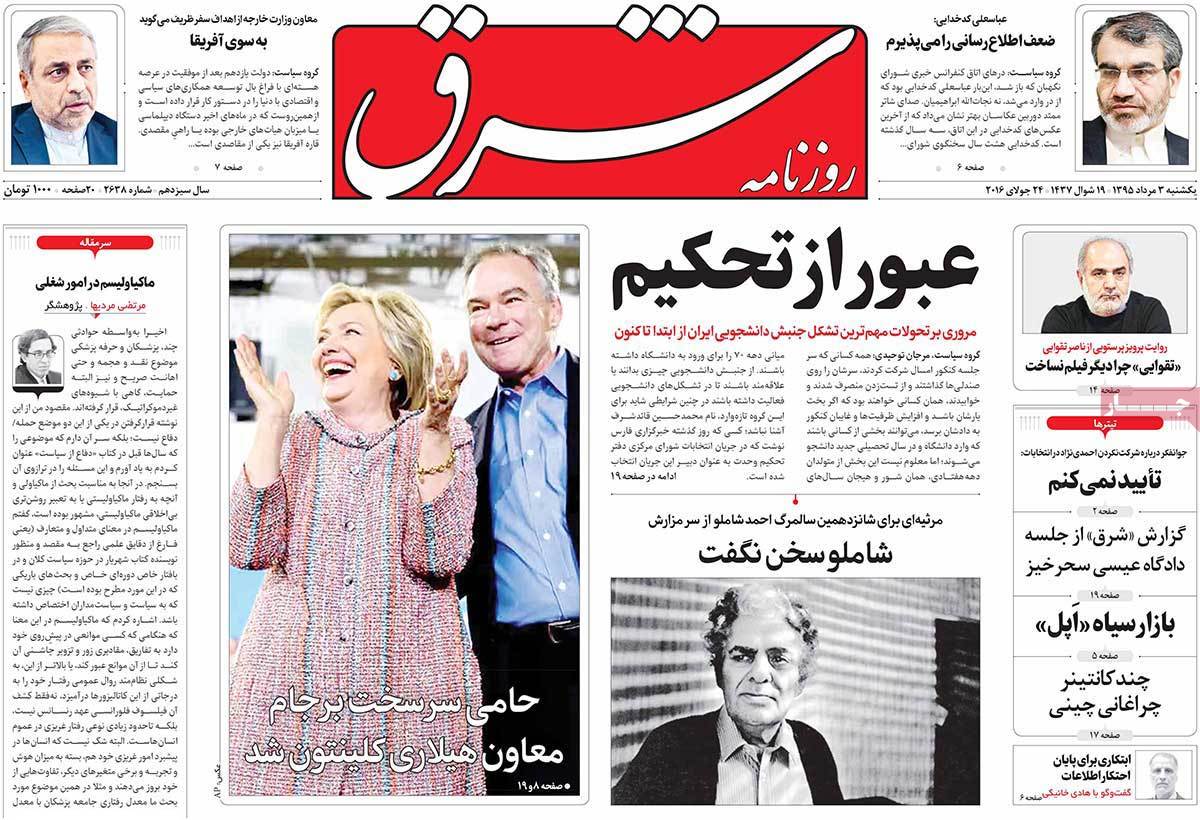 1- Fire of Terrorism from Munich to Kabul 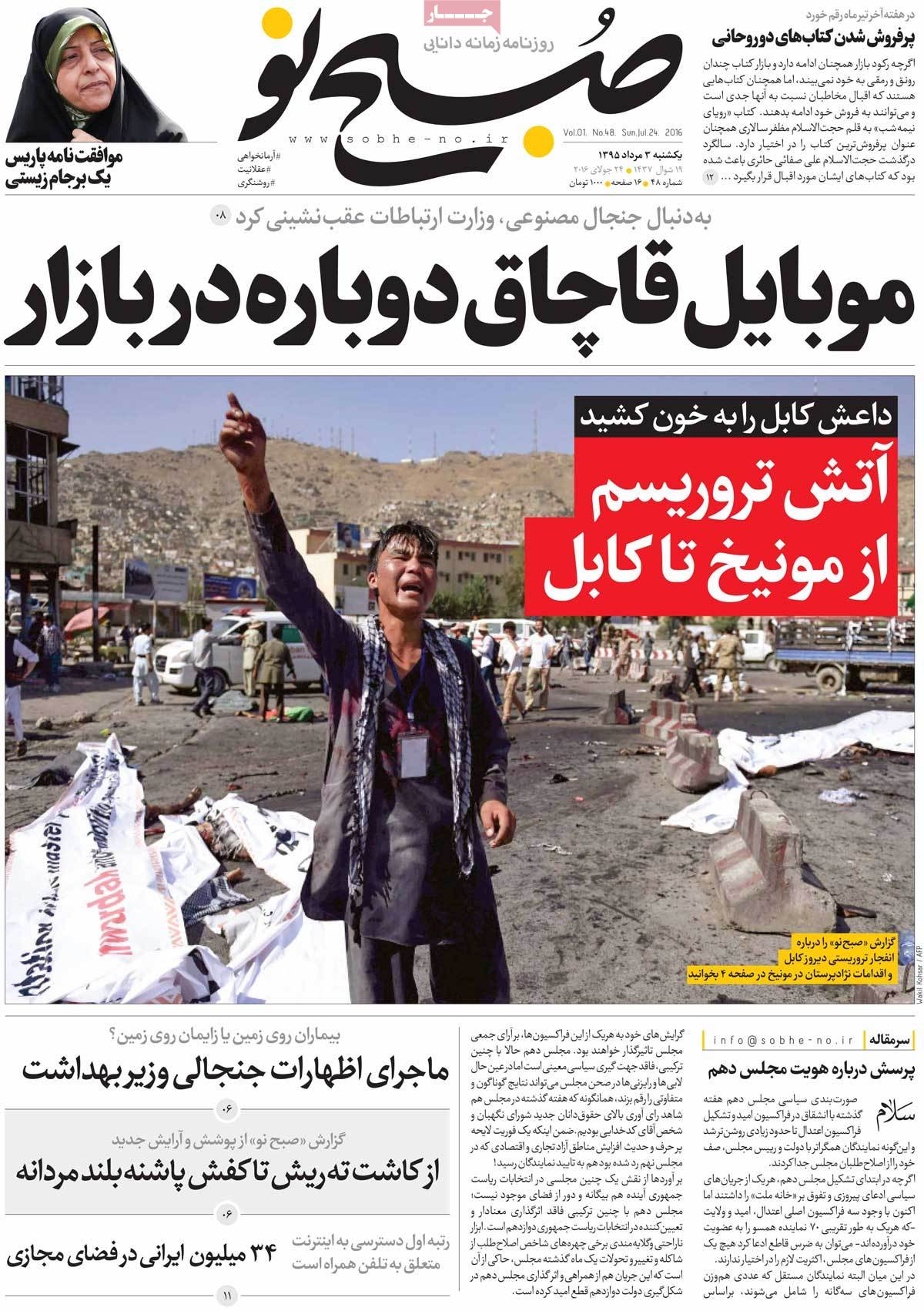 1- Evin Prison Waiting for a Cultural Trade: Experts Say Tehran’s Largest Prison Is Worth from $72m to $2.9bn

2- Salehi: Deal Signed for Sale of 40 Tons of Heavy Water to Russia 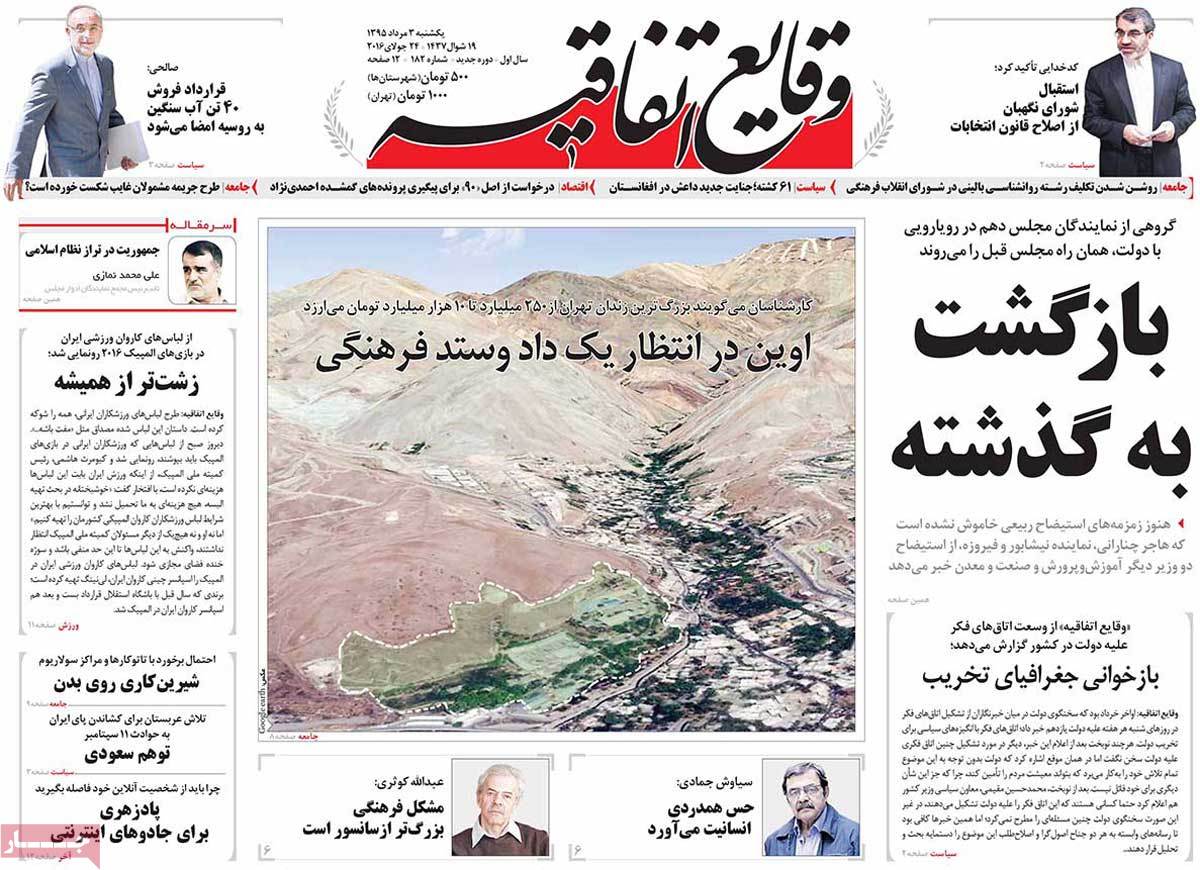