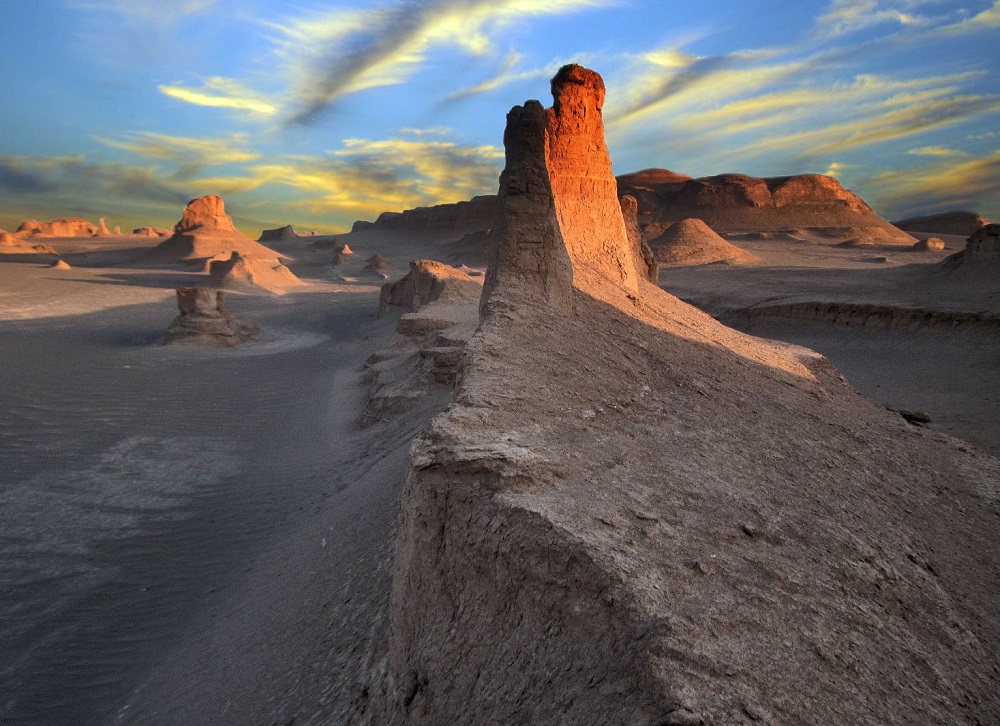 Bam Citadel, Meymand Village and Lut Desert are the province’s three standalone heritage sites, while there is Shazdeh Garden, which is one of the nine ancient gardens inscribed as the Persian Gardens, and the qanats of Jupar, Akbarabad and Qasemabad, inscribed as part of the ancient qanat system.

The growing number of sites boasting world heritage status in Kerman makes the development of its tourism all the more essential.

Speaking to ISNA, Masoud Soltanifar, the head of Iran’s Cultural Heritage, Handicrafts and Tourism Organization, said allocating more funds, developing and upgrading infrastructure and involving the private sector in investment projects are imperative to help the sites realize their potential.

“Lut Desert, which used to be an obstacle in the way of development due to its climatic conditions, has now become an increasingly popular destination for both domestic and foreign tourists,” he said, calling on government entities to take steps for developing tourism infrastructure.

Soltanifar noted that since desert-trekking appears to be a favorite hobby of western travelers, the authorities have resolved to create 2,000 ecotourism resorts by the end of the sixth five-year development plan (2016-21), nearly a third of which will be located in Lut Desert.

Mahmoud Vafaie, the head of Kerman’s provincial office of ICHHTO, also pointed to the province’s relatively large number of global sites in proportion with the country’s total number of inscriptions (currently at 21), adding that it indicates “the province’s huge capacities for tourism.”

“Fortunately, Kerman has been received by international tourists quite well over the past two years and their numbers will hopefully increase following the implementation of plans,” Vafaie was quoted as saying by Mehr News Agency, but did not elaborate on the plans.

According to Vafaie, Shahdad Desert camp has been restored and is ready to serve travelers.

Officials are also working to boost ecotourism that will help revive deserted villages and generate income for the locals.