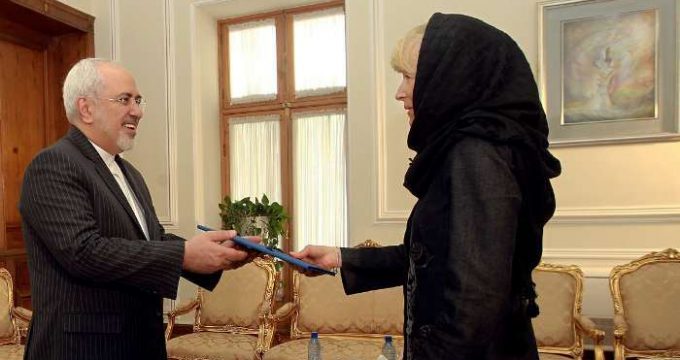 Tehran, July 18, IRNA – Head of the UN Information Center in Tehran Maria Dotsenko said on Monday that Iran is well-known for its peacemaking role in the international community.

She made the remarks on the sidelines of a photo exhibition in Tehran.

Dotsenko told IRNA that initiative of President Hassan Rouhani on World Against Violence and Extremism (WAVE) was passed by the UN General Assembly as the International Law.

She said that Iran put forward other initiatives at regional level as well, which were influential.

Considering life of Nelson Mandela, she said that He was a model for the mankind that how to serve world community.

Dotsenko said that the UN Information Center developed close cooperation with Mandela foundation for years and the UN General Assembly named July 18 as international day of Nelson Mandela, on his birthday.

Maria Dotsenko, UN July 20, 2016
‘Iran’s Boeing deal more important for US than us’
The Nice Attack: Things we dare not think about