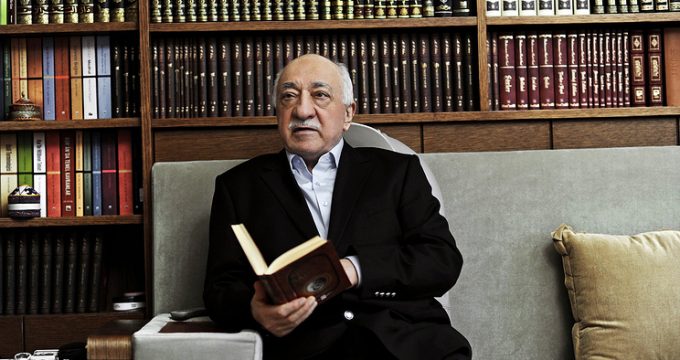 Turkey sent official request to US on extradition of Fethullah Gulen

We sent to the United States four folders with documents on Gulen’s extradition. We will provide more proof than they want,” Yildirim said. He also called on US “not to protect this traitor because this will benefit neither them nor the humankind nor Islam.”

Turkish authorities believe Gulen was behind the recent military coup attempt. US State Secretary John Kerry said on Monday that Ankara should provide proof of Gulen’s involvement in the coup attempt.

The Turkish top official stressed that the insurgents would be convicted in accordance with the republic’s legislation.

“Turkey is a rule-of-law state,” the prime minister said. “Everything will be done in accordance with the laws, and the criminals (coup attempters) will be convicted according to the law.”

“We need unity and brotherhood … now”, the agency quotes Yildirim. The head of government has also warned citizens about possible provocations.

The Turkish prime minister earlier noted that Turkey might reconsider its friendly relations with the United States if Washington did not extradite Fethullah Gulen.

“The United States is our friend and strategic partner. We have close relations with them. However, I am telling them that there is a global threat, an attempt to overthrow the legitimate government, there is no religion and no religious values here,” Yildirim said on Monday.

The prime minister added that it might “be necessary to reconsider friendship” with the US.

It was earlier reported that the Turkish government believed Gulen, the founder of the Hizmet movement, was behind the failed military coup attempt. In December 2014 a Turkish criminal court issued an arrest warrant for Gulen as he is accused of leading the Gulenist Terror Organization.

A group of insurgents attempted a coup in Turkey overnight to Saturday. Bombs were dropped on the parliament building and the presidential palace in Ankara. The country’s leadership later said that the coup was quashed. Turkish Prime Minister Binali Yildirim said that the situation is under the control of the official government.

Anadolu news agency said on Monday that General Akin Ozturk, former commander of the Turkish Air Force, had confessed to prosecutors to plotting the military coup.