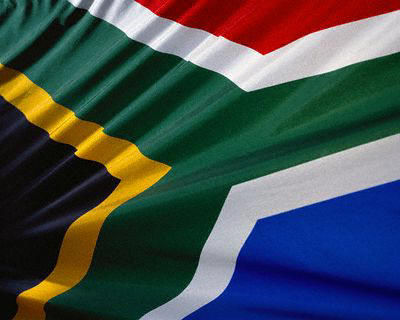 Alwaght- The South African government has been urged to block the Israeli apartheid regime from attaining observer status in the African Union.

An eminent Palestinian activist in London Dr. Daud Abdullah says during his recent visit to Kenya, Ethiopia, Uganda and Rwanda early this month, Israeli regime’s Prime Minister was not just promoting trade interests. He wanted to crown his trip with observer status for the Israeli regime at the African Union.

Dr. Abdullah notes that despite the support of Kenya and Ethiopia, though, achieving this ambition is still a long way off.

The Palestinian activists notes that Israeli regime’s current apartheid policies remain a massive stumbling block to its acceptance on the continent, where memories of South African apartheid remain as raw and strong as ever.

Dr. Abdullah points out that South Africa stands out as one of the main opponents of moves to grant Israel an observer’s seat at the AU. Last month, the Western Cape branch of South Africa’s ruling African National Congress (ANC) issued a statement condemning the country’s Democratic Alliance for its continued support for Israel. “We are more shocked,” it read, “given that this is happening in a province where just over 200,000 South Africans marched against Israeli Apartheid and its oppression against the Palestinians.”

The ANC says that it remains resolute in its solidarity with, and support for, the people of Palestine. “We know full well the importance of solidarity in the struggle and fight against Apartheid,” insists the party.

This was the background to Netanyahu’s failed attempt to have an audience with African Union Commission chairperson Dr.Nkosazana Dlamini Zuma, a former South African Foreign Minister. The Chairperson of the AU Commission refused to receive the Israeli prime minister at the headquarters of the organization. A subsequent claim by Ofir Gendelman, a spokesman for the Israeli leader, that he didn’t visit the AU headquarters because of his crowded agenda was a classic Netanyahu lie. The truth is, he was snubbed.

The Israeli regime has for some time been trying to secure AU observer status with two previous applications in 1976 and 2014 being rejected, despite its offers of assistance in agriculture, chemical engineering, mining, irrigation and hydro-electricity.

Dr. Abdullah underlines that apart from its apartheid system of oppression, the Israeli regime has to account for several other controversial policies before it can possibly expect win the trust of Africa. The proliferation of Israeli arms in South Sudan’s killing fields is one example of many which require urgent investigation.

The Palestinian activist concludes by stating that as long as Israel’s apartheid and racial supremacist policies exist in occupied Palestine the doors to the African continent will remain shut. He adds that South Africans bore the brunt of the brutality of their own Apartheid past and must now take the lead to ensure that Israel does not make any headway in Africa as long as its modern version of the hated political system is still in place.

Meanwhile, Palestinian Authority President Mahmoud Abbas, who already has observer status at the African Union, is already in the Rwandan capital of Kigali, to attend the AU summit in the coming days.

“The vast majority of the African nations will continue to support and express their solidarity in favor of the inalienable Palestinian right to be free,” Saeb Erekat, secretary general of the Palestine Liberation Organization, said in an e-mailed statement.

“This is an important move to respond to Israel’s actions in the continent,” Lamamra said on the sidelines of the 29th ordinary session of the African Union Executive Council.

“We have received with satisfaction the announcement of the Palestinian President Mahmoud Abbas’ attendance in Kigali,” the minister said, adding that “this will be a necessary component to counter the Zionist activity represented by the Israeli prime minister’s visits to some African countries.”