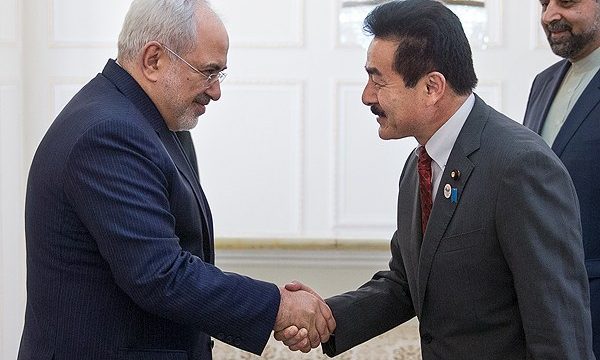 TEHRAN (ISNA)- Iranian Foreign Minister Mohammad-Javad Zarif reiterated that Iran is in the frontline of battling terrorism in the region.

He made the remarks in a meeting with Chairman of the Foreign Affairs and Defense Commission of Japan’s House of Councilors Masahisa Sato.

“Countering terrorism is of critical importance for Iran and we were deeply upset by the recent terrorist attack in the French city of Nice,” said Zarif.

Geography does not influence Tehran’s denunciation and condemnation of “the anti-human deeds,” the Iranian foreign policy point man stressed.

“These sorts of anti-human deeds in any sort or anywhere are condemned in our view.”

On Tehran-Tokyo ties, Zarif hailed Japan as a “close friend of Iran,” saying there are plenty of grounds for cooperation between the two countries.

“Tokyo can be a major economic partner of Iran and we think Japan has been traditionally showing respect for peace, stability, and security in region.”

Referring to economic indexes of Iran, including natural resources and unique security and stability, the foreign minister emphasized the Iranian market is increasingly prepared for cooperation with Japanese companies.

Masahisa Sato, for his part, expressed Japan’s interest in upgrading ties with Tehran.

“The Japanese government has backed the JCPOA from the outset and has agreed on opening a credit line for Iran to enhance investment in the country.”

He further said, “Iran and Japan can shore up collaboration in many areas, including counterterrorism and regional stability and security.”