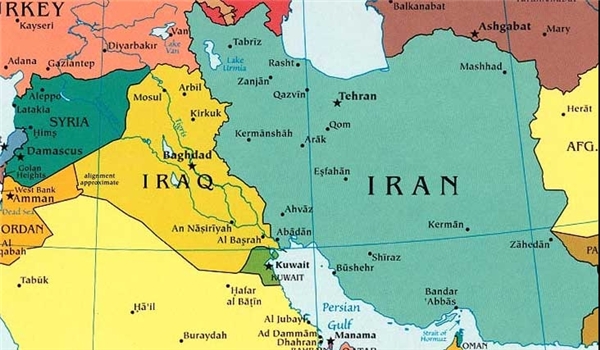 Ahvaz, Khuzestan prov., July 18, IRNA – Iranian and Iraqi officials in the southwestern province of Khuzestan met in the provincial capital Ahvaz on Sunday to explore ways to facilitate ties between Iraqi and Iranian citizens residing in the two neighboring countries’ border provinces.

Khuzestan Governor General Gholamreza Shariati and Iraqi Consul General in the Iranian province Ebrahim Saleh Mohammad called for facilitation of visa issuance and commuting for the local people residing in Khuzestan and the neighboring Iraqi provinces of Basra and Maysan.

During the meeting, Saleh Mohammad referred to good ties between Iran and Iraq, adding that Baghdad is committed to boost trade relations with Tehran.

The Iraqi official also said that Iraqi people use hospitals and health centers in the Iranian province and called for facilitation of their commute across the provincial borders.

He voiced hope for the settlement of the business visas issues on two sides of the border.

The Khuzestan governor general for his part referred to the high level of cooperation between Iran and Iraq and called for facilitation of ties between the neighboring Iran-Iraq provinces.