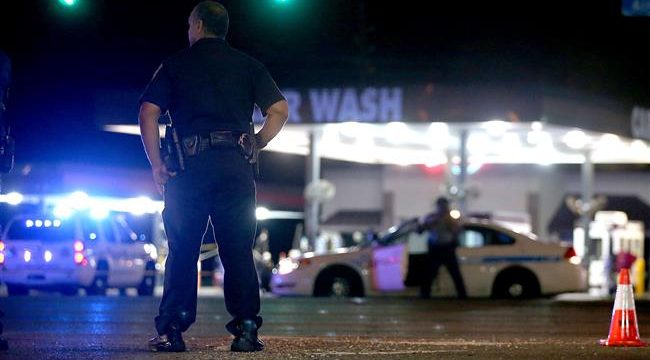 The US gunman behind Sunday’s fatal attack on police officers in Baton Rouge, Louisiana, was a former member of the US Marine Corps who had served in Iraq, public records show.

Gavin Long, 29, became a Marine in August 2005 and served for five years before ending his active duty in August 2010, according to the Servicemembers Civil Relief Act (SCRA) website.

He was gunned down by police on Sunday, after killing 3 cops and injuring 3 others. Long was apparently outraged by the recent police killings of unarmed black men in Baton Rouge and St. Paul, Minnesota.

On July 5, 2016, Alton Sterling was shot several times and killed after being tackled to the ground by two white officers, one of two consecutive police killings that led to renewed protests against racial bias in law enforcement.

One day after Sterling’s death, Philando Castile was fatally shot by police in his car in Falcon Heights, Minnesota.

According to military records released Sunday, Long had made the rank of sergeant and served as a Data Network Specialist.

Long was deployed to Iraq from June 2008 until January 2009. He also spent some time at a Marine Corps base in Okinawa, Japan, according to the records.

Federal authorities are investigating Long’s possible links to a group named Moorish Science Temple of America. Founded in early 1900s, the group does not recognize the US government’s authority over the descendants of slaves.

Sterling and Castile’s shooting deaths by white officers have sparked nationwide protests in the US.

President Barack Obama took the stage on Sunday to condemn the move, portraying it as a divisive measure to boost enmity with the US police.

“We as a nation have to be loud and clear that nothing justifies attacks on law enforcement,” Obama said in the White House briefing room, calling on Americans to “focus on words and actions that can unite this country rather than divide it further.”

The US police killed over 1,150 people in 2015, with the largest police departments disproportionately killing at least 321 African Americans, according to data compiled by an activist group that runs the Mapping Police Violence project.