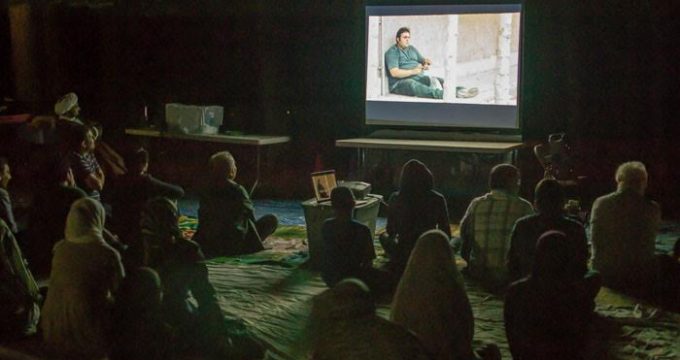 APFF film screened in US

TEHRAN July 16 (APFF) — A number of Iranian Muslims residing in the US have screened the second film of Ammar Popular Film Festival in California.

The screeners displayed the movie, entitled as Hengameh, a short while after they displayed another APFF film, the Regulator (Alamak), in the US.

APFF claims to have made possible access to films made by independent, truth-seeking producers and directors to those social classes that would not otherwise be given access to the films not only in Iran but also all around the globe.

This is not the first time that an APFF film is being screened outside of Iran.

Previously, Italy, Bahrain, the Netherlands, Pakistan and Palestine hosted screening of the film.

The screening was arranged at a family camp at Al Fatemeh Mosques in western California by a collection of 70 Shia Muslims.

Hengameh is the first fiction feature about the defenders of Harams (Iranian comrades who head to Syrian and Iraqi territories to defend the shrines of Shia imams).

The event is being held on August 19 the anniversary of the 1953 coupe in Iran against Dr. Mohammad Mosadegh, the Prime Minister. The 2016 edition of the 3rd International Ammar Popular Film Festival garnered over 5,000 works by directors from 129 countries of the world.