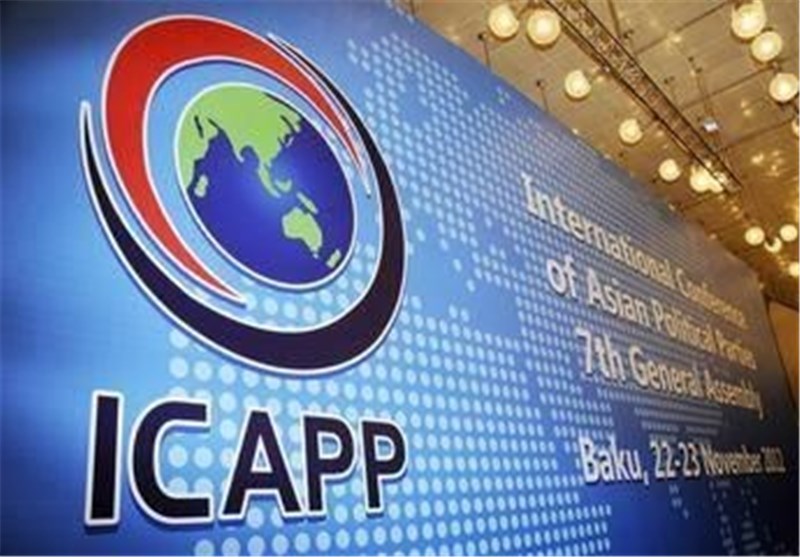 TEHRAN (Tasnim) – The secretary general of the International Conference of Asian Political Parties (ICAPP) hailed Iran as an “influential” country and called for its support for ICAPP in international bodies like the United Nations.

He said the ICAPP wants to join the UN General Assembly as an observer, calling for the Islamic Republic, as an influential country, to back the forum to that end.

During the meeting, the Iranian deputy foreign minister stressed the need for ICAPP to focus on efforts to boost cooperation and unity among Asian countries in all areas, including against threats like extremism and terrorism.

The ICAPP is a forum of political parties of Asia-Oceanian countries, which was launched in Manila Philippines in September 2000.

The ICAPP Standing Committee is comprised of the leading political parties of 23 countries representing different sub-regions of Asia, according to the official website of the ICAPP.

Currently, a total of 36 political parties, both ruling and opposition, are represented in the Standing Committee. The committee has been meeting regularly, more than twice a year since 2004, to organize the ICAPP activities and programs in an effective and concerted manner.