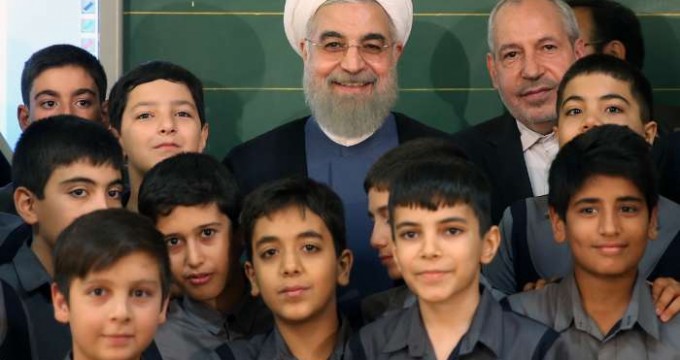 Iran breaks the monopoly of English at schools

July 13, The Iran Project – Iran’s Supreme Council for Cultural Revolution has announced that English is no more the only language to be taught in Iranian’s schools.

In its 781st session on Tuesday, Iran’s Supreme Council for Cultural Revolution, chaired by President Hassan Rouhani, stressed on breaking the monopoly of teaching English language in Iranian schools.

Secretary of the Supreme Council for Cultural Revolution, Mohammad Reza Mokhber Dezfouli, said Higher Education Council approved that in addition to English, other five languages to be taught in schools.

Stressing on the Iranian learners’ cultural needs and values, Mokhber Dezfouli said foreign language curriculum must be revised and updated according to new efficient findings.

The Supreme Cultural Revolution Council has been commissioned to propagate substitute languages for English in the education system since Iran’s Supreme Leader Ayatollah Ali Khamenei made a speech to Iranian teachers on May 2, criticizing the practice of insisting on the promotion of English [language] alone in Iran.