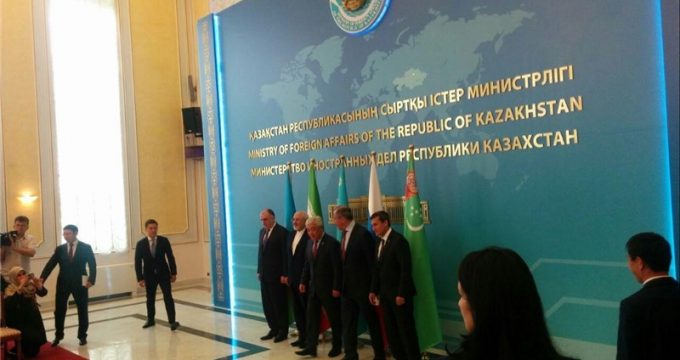 The top diplomats had already held an unofficial meeting earlier on Wednesday.

In a separate meeting, Zarif and his Kazakh counterpart, Erlan Idrissov, had exchanged views about a range of issues, including ways to boost cooperation between Tehran and Astana in various political and economic areas. Upon his arrival in Kazakhstan on Tuesday, Zarif had said that the Caspian countries have reached a consensus on many topics, but noted that a number of issues still remain to be settled.

It would be relatively optimistic to think that participants in the Astana meeting will be able to resolve the outstanding issues and reach a conclusion, Zarif said.

A special working group from Iran had arrived earlier in Astana to participate in the expert-level talks ahead of the ministerial meeting.