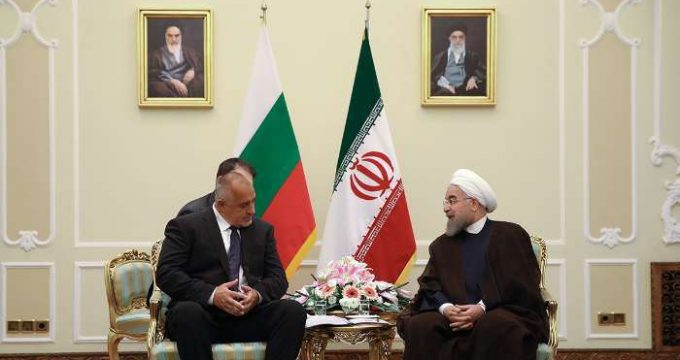 He made the remarks in a meeting with the visiting Bulgarian Prime Minister Boyko Borissov.

Bulgaria can become a bridge for linking Iran to the European countries, Rouhani said.

Rouhani said that deepening and development of cooperation between Iranian and Bulgarian private sectors, universities, scientific and research centers are necessary.

Iran has made big progress in the field of new technologies and the boost of ties in this field can help improve relations between Tehran and Sofia in other fields as well, he said.

President Rouhani then referred to the harmful regional and global consequences of terrorism and said that people of the region have lived together in peace for centuries and the conflict started when the United States and its allies interfered in the name of building democracy and fighting terrorism.

Iran’s President also urged collaboration among regional states for fighting terrorism and helping the reestablishment of peace in the region.

Technology and communications, joint investment and industry have been the fields of the agreements.

On Monday morning, he was welcomed by Jahangiri in the cultural and historical complex of Saadabad in north of Tehran.