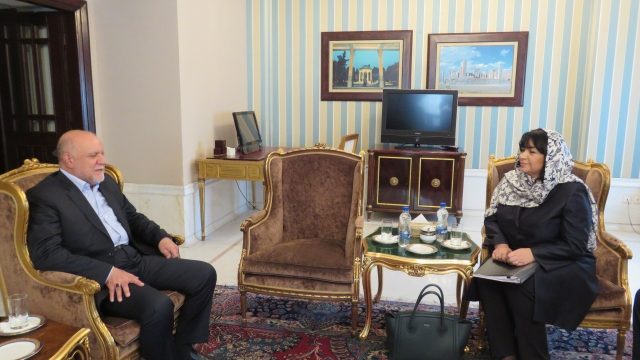 Iran is seriously interested in delivering gas to the interconnection between Greece and Bulgaria, the latter country’s Energy Minister Temenuzhka Petkova has announced.

After meeting counterpart Bijan Namdar Zangeneh in Tehran, Petkova has noted that Iran stands ready to deliver amounts of gas to both countries via the link as soon as it is ready.

The Islamic Republic also eyes the LNG terminal in the city of Alexandroupoli which it could also supply.

Petkova has made the minister familiar with Bulgaria and Greece’s talks over a possible joint venture that could be used to build the terminal.

The meeting, which is part of an official delegation’s visit to the Islamic Republic, comes amid reports in Iranian media that Tehran seeks to revive the Nabucco project through its participation in a gas distribution center on Bulgarian territory.