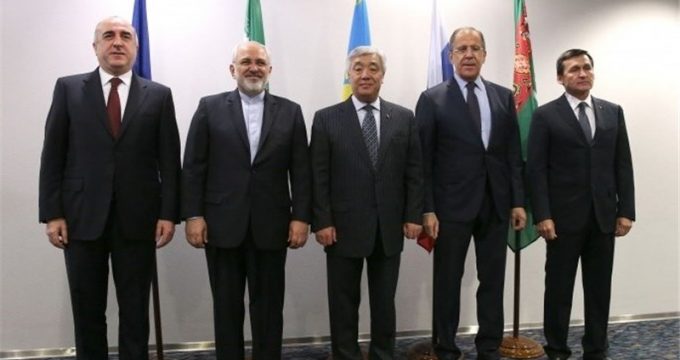 The meeting was held at the Central Asia country’s foreign ministry with Iranian Foreign Minister Mohammad Javad Zarif in attendance.

The main ministerial meeting among top diplomats will be held on Wednesday.

Upon arrival in Astana, Zarif had said that the Caspian countries have reached a consensus on many topics, but noted that a number of issues still remain to be settled.

It would be relatively optimistic to think that participants in the Astana meeting will be able to resolve the outstanding issues and reach a conclusion, Zarif  said.

Accompanied by a high-ranking delegation, including legal and political experts, Zarif is joining his counterparts from Azerbaijan, Kazakhstan, Turkmenistan and Russia for talks on the legal status of the lake.

Two days ago, a special working group from Iran arrived in Astana to participate in the expert-level talks ahead of the ministerial meeting.