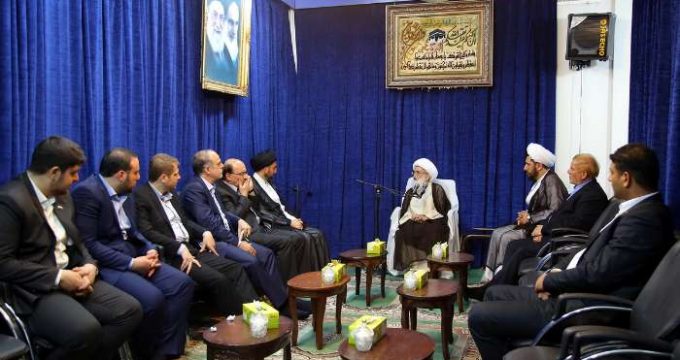 Speaking in a meeting with Iranian senior cleric, Ayatollah Nouri Hamedani, in Iran’s central city of Qom, Hakim said the situation in his country has generally witnessed progress.

As regards the ongoing efforts and military operations to free Daesh-held Iraqi territories, Hakim pointed to the operation to recapture Fallujah, and said, “Only Mosul and its surrounding areas have remained in Daesh’s hand and we are trying to free them soon.”

“The Islamic Republic of Iran will side with the Iraqi people and government until the complete elimination of terrorists,” Zarif stated on Sunday.

He further praised recent victories achieved by the Iraqi army troops and volunteer forces against terrorists and expressed the hope that with the help of God and through concentrated efforts of the Iraqi people and government, the Arab country will be fully cleared of terror groups soon.

Iraq has been facing the growing threat of terrorism, mainly posed by the Daesh terrorist group.