Saudi Prince Turki al-Faisal’s attendance and the speech he delivered in a meeting of MKO group in Paris also received great coverage. The reactions to his attendance and the criticisms against Saudi Arabia’s support for such a terrorist group were highlighted in Iranian media.

The issue of astronomical salaries also remained a top story thanks to the recent apology of Economy Minister Ali Tayyebnia, and the promises for further transparency.

President Hassan Rouhani’s communication of a law for reforming the country’s banking system was also covered by newspapers.

2- Gaza Siege Will End Soon Thanks to Efforts by Qatar and Turkey: Hamas 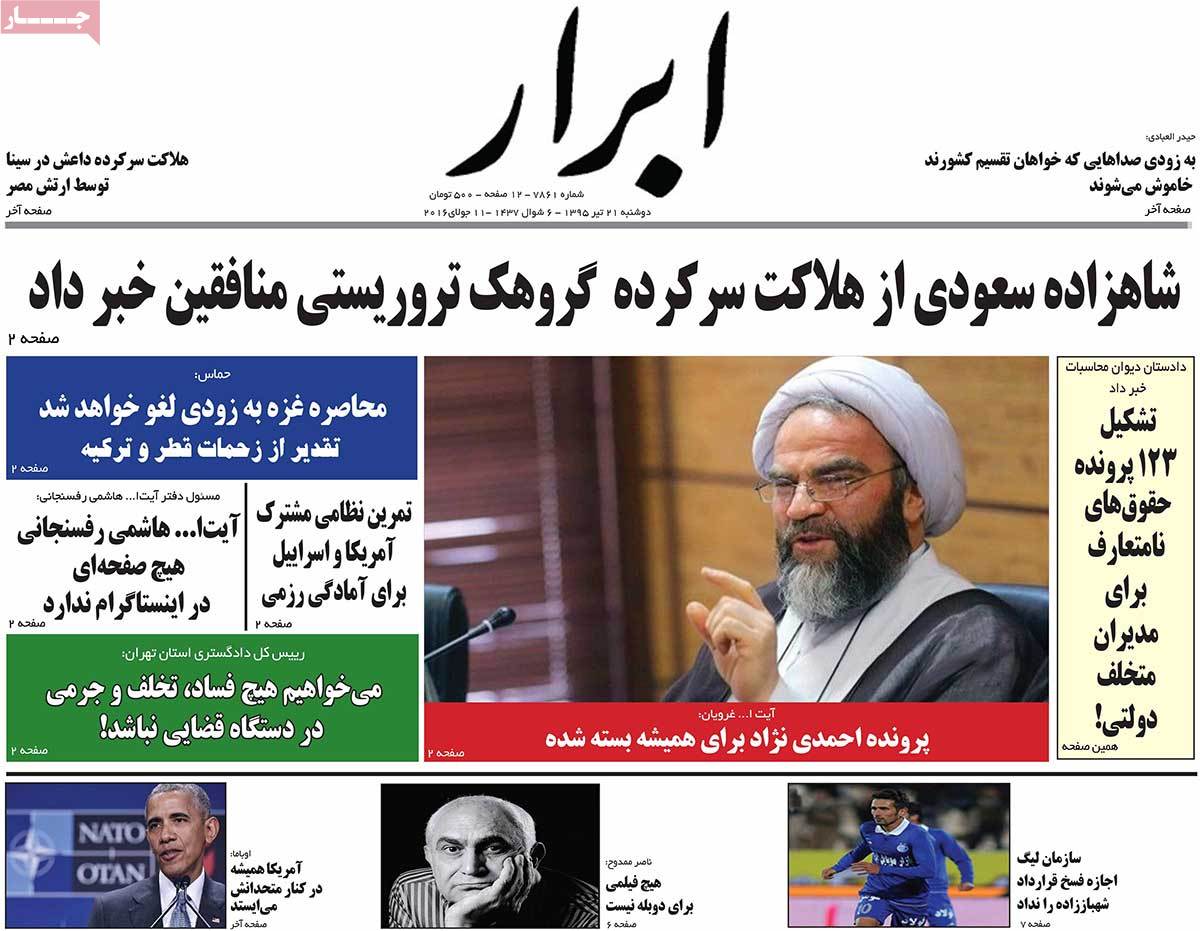 3- Fourth Apology: Ministers of Economy and Judiciary Apologize for Issue of Astronomical Salaries 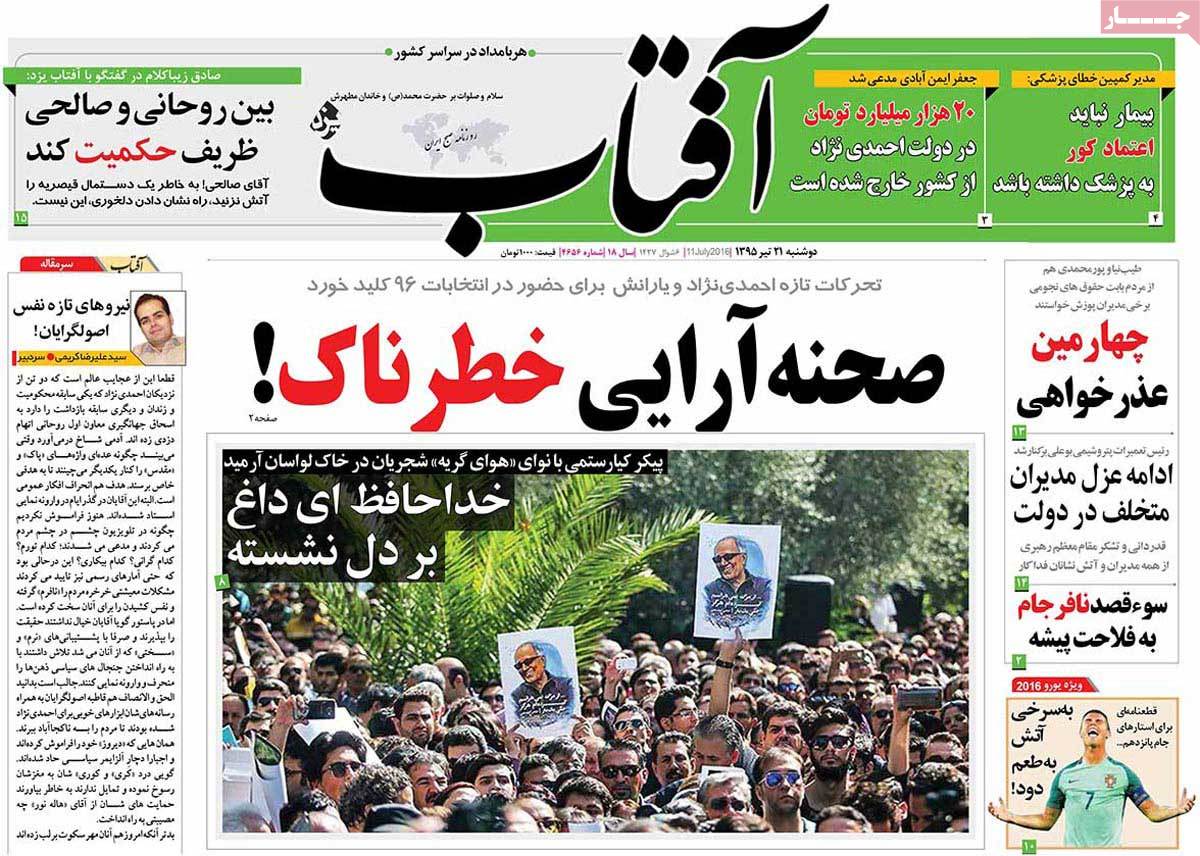 2- Details of Terrorist Attack on Iranian MP: Falahatpisheh and Local Governor Were Wounded, 2 Others Were Killed 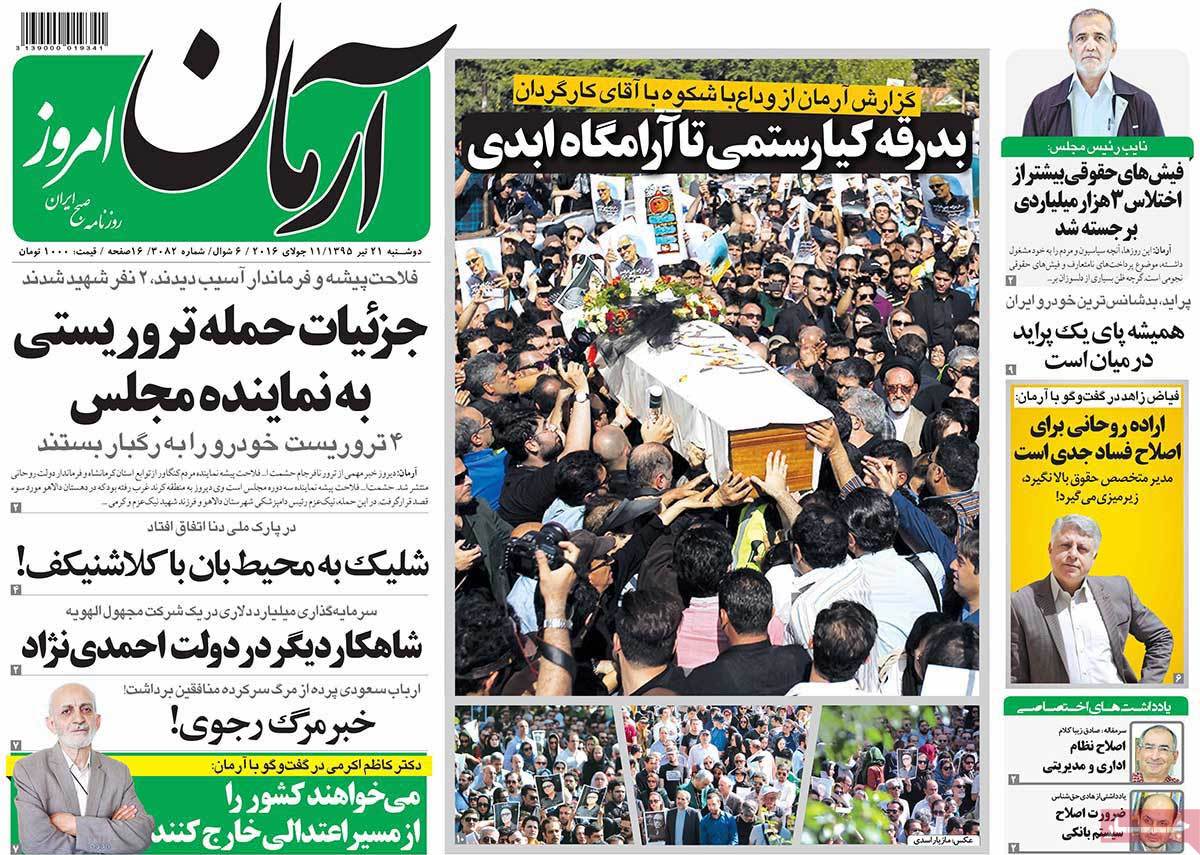 1- Heart Attack Is the First Cause of Death among Iranians: Deputy Health Minister 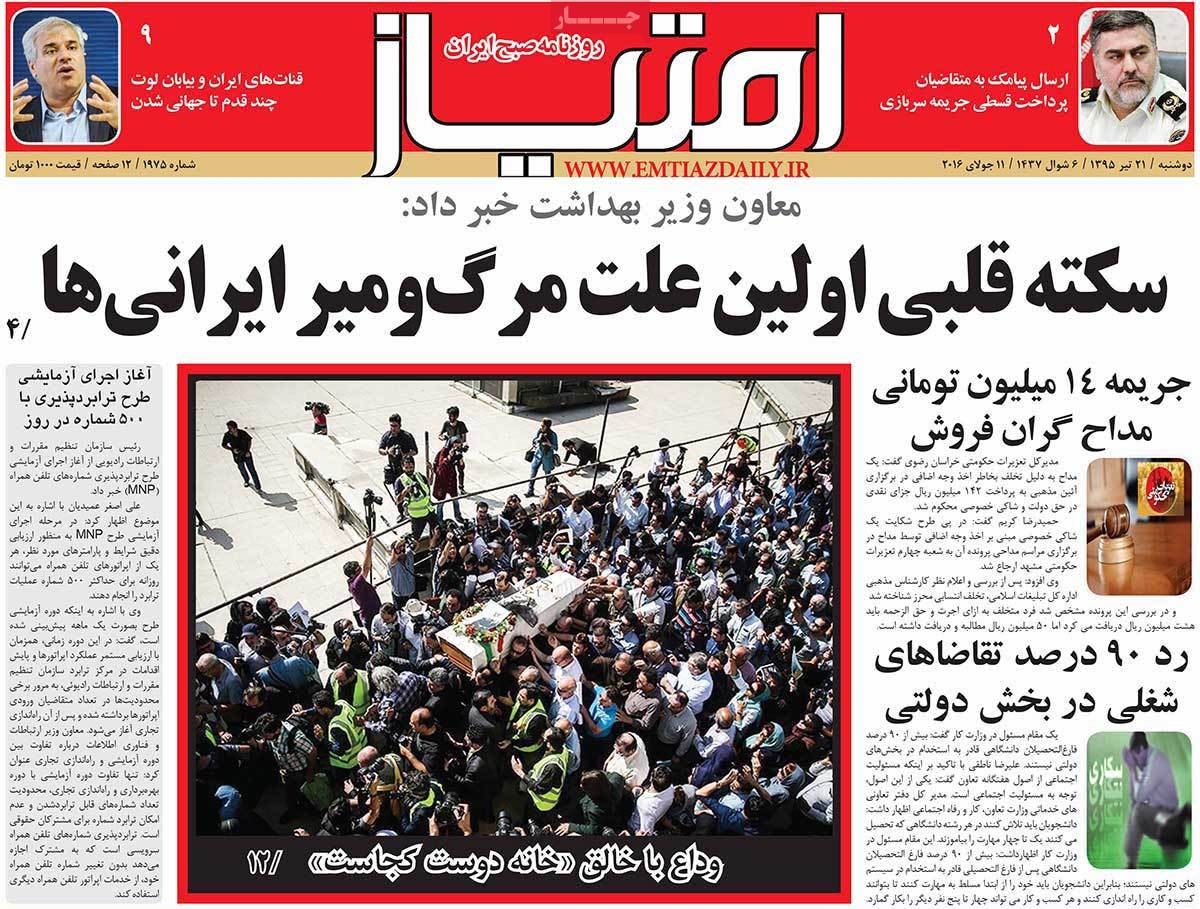 1- 1 Trouble Every 4 Days! A Report on 80 Accidents and Troubles in Rouhani’s Administration in Past 1 Year

2- People Were Disturbed [by issue of huge salaries], I Apologize: Economy Minister

3- There Is a Project to Make Iran Insecure, and We Should Take It Seriously [Editorial]

4- Huge Fire in a Commercial Tower in Mashhad

5- Fifth Ranger Shot by Hunters: Troubles of a Ranger 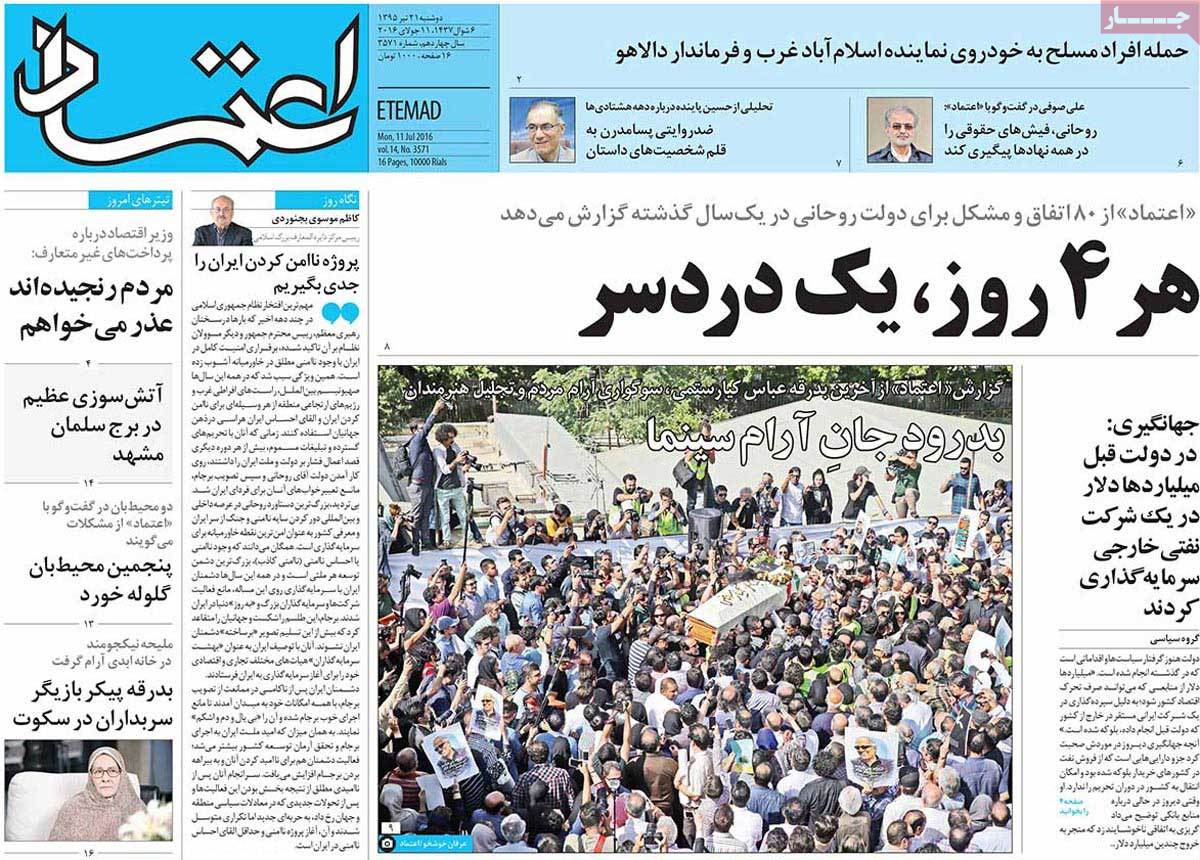 1- Plan for Evolution of Banking System Is Beginning of Economic Mobility: President

3- We’ll Stand by Iraqi Nation and Gov’t until Full Eradication of Terrorists: Zarif 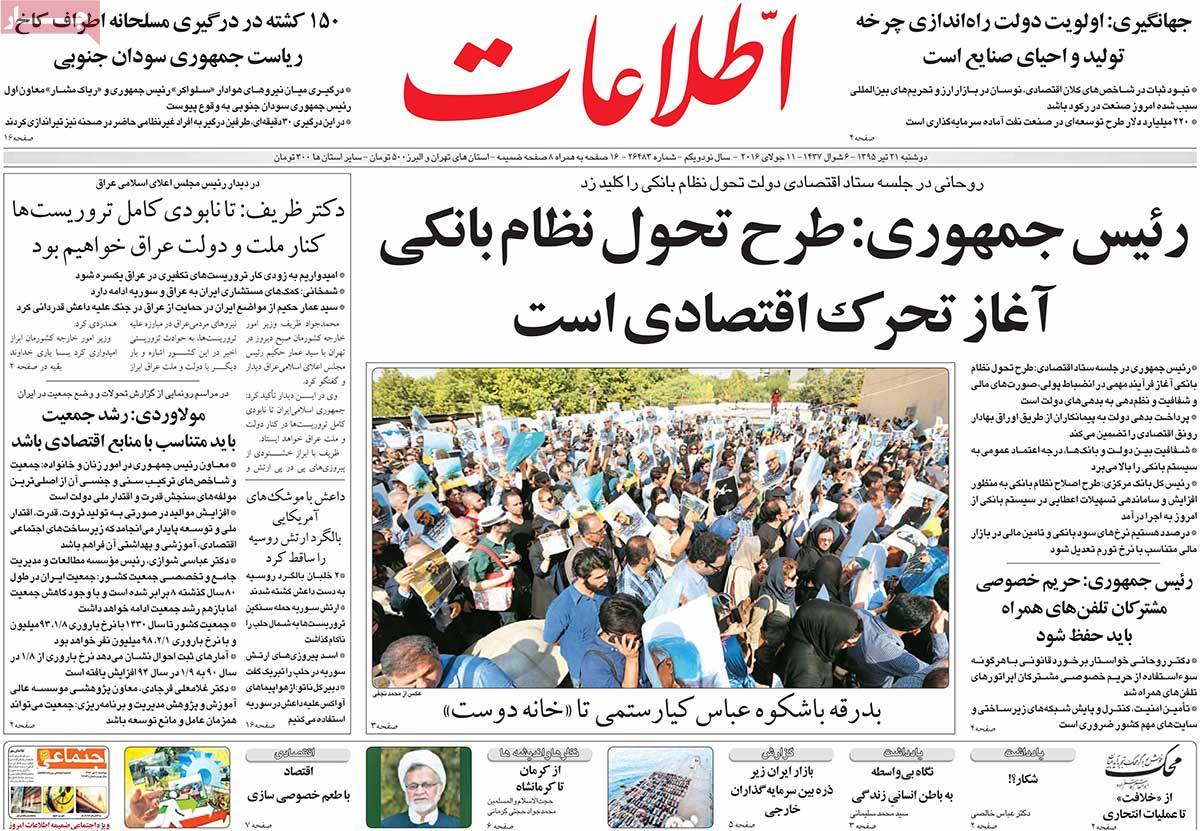 1- Glory of Grief: A Report on Abbas Kiarostami’s Funeral Ceremony in Tehran 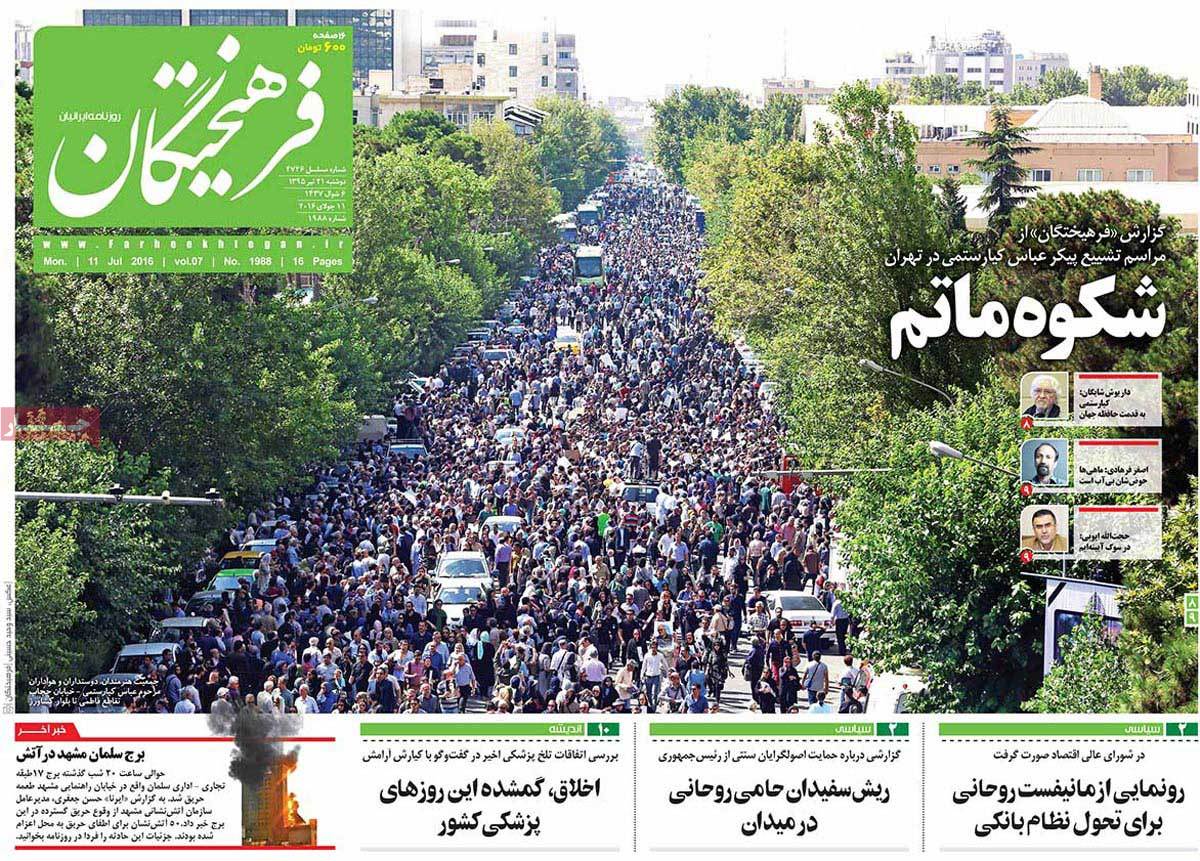 3- Why Iranian Social Media Are Not Popular 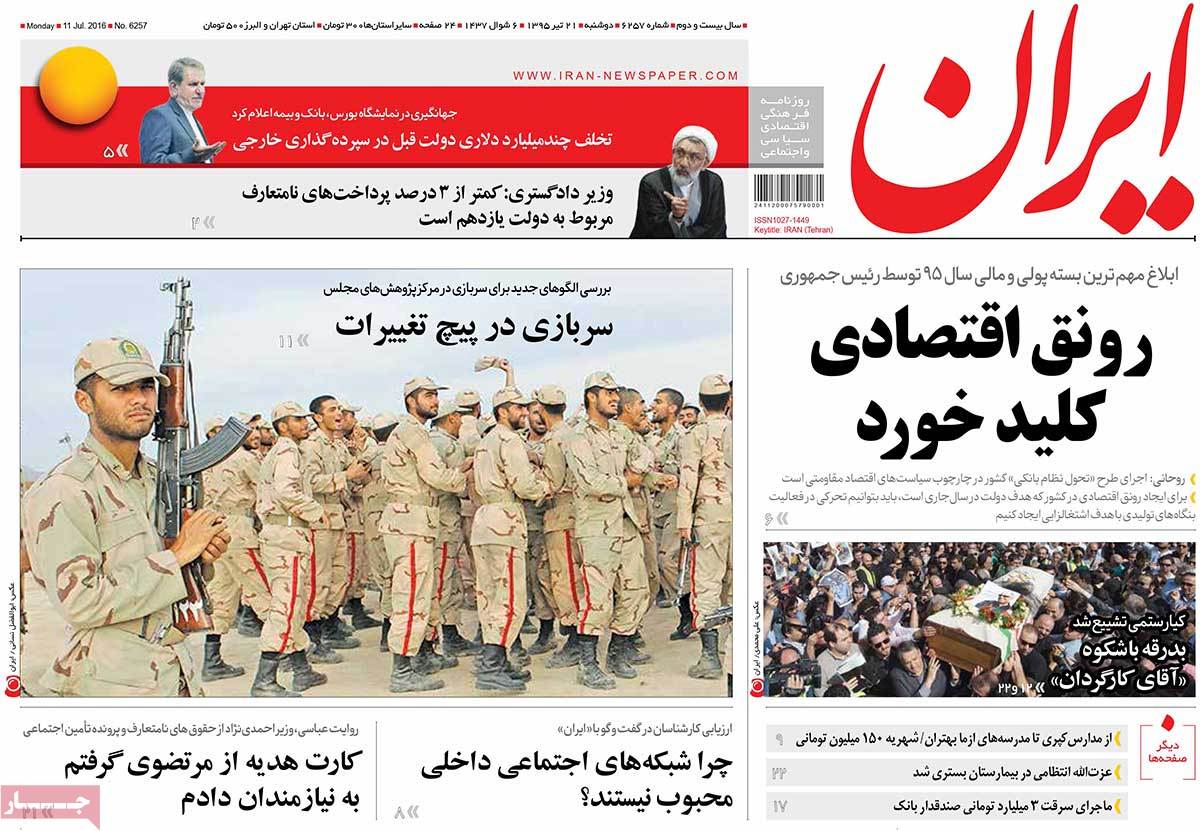 2- 33% Decrease in Crime Rate during Ramadan 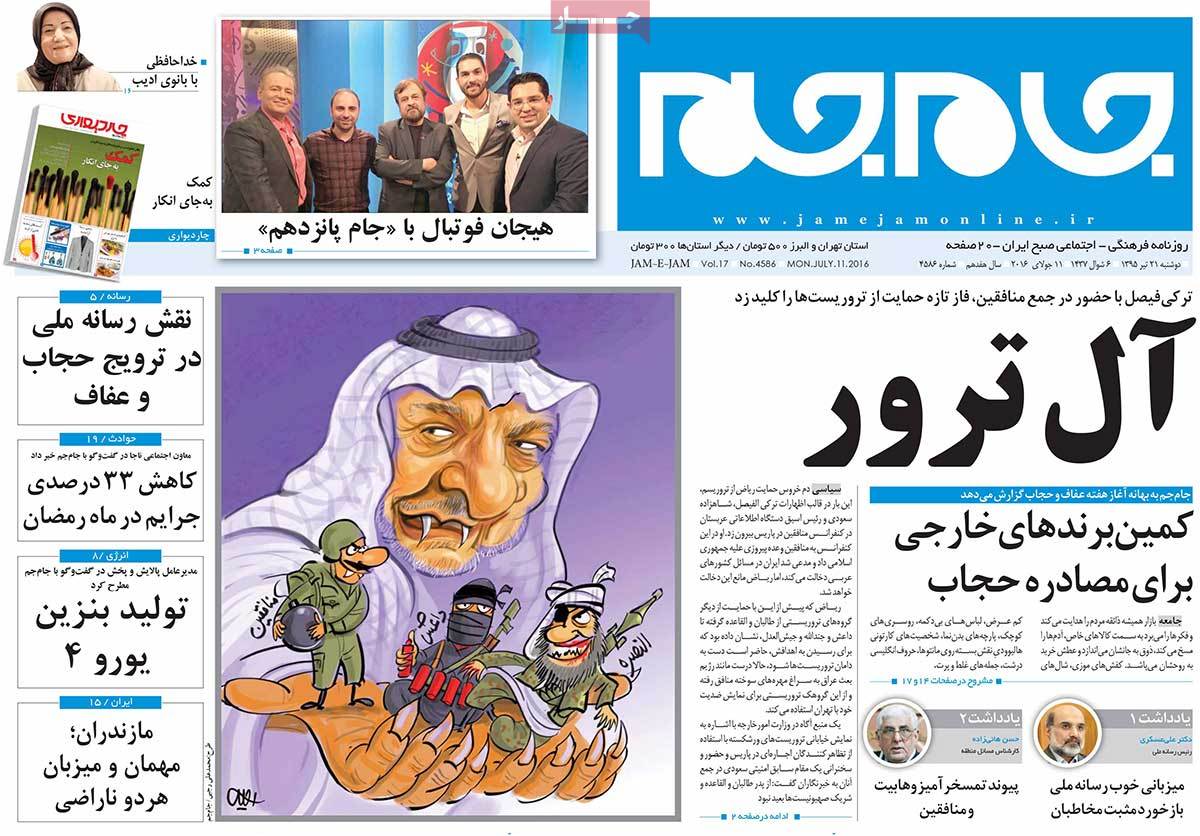 2- Cutting the Defence Budget or Offering JCPOA 2 to Westerners?

4- Iran’s Advisory Aid to Iraq and Syria Will Continue: Shamkhani 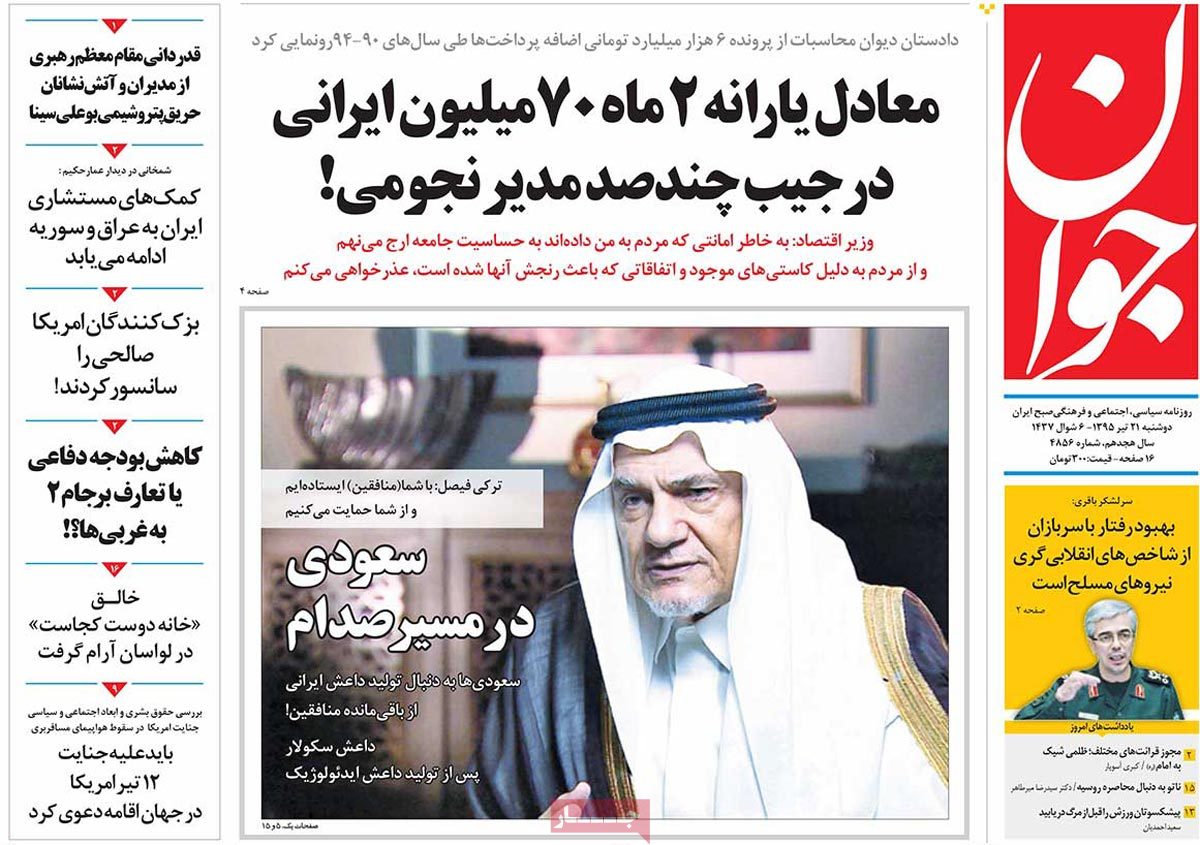 3- Iranian Expatriates in US, with $800bn of Capital, Are Keen to Return Home 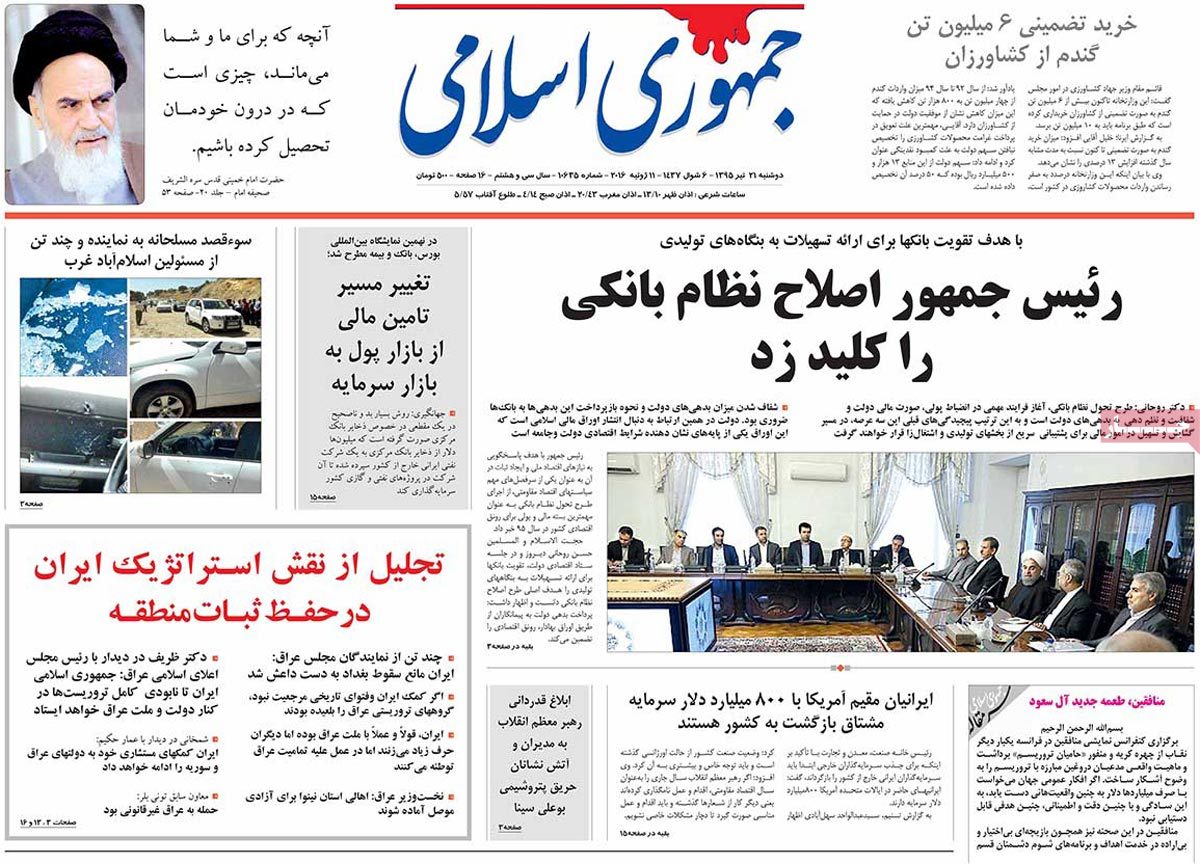 4- US Police Arrests 100 Black Protesters: We Are Unique in Violence, Obama Says 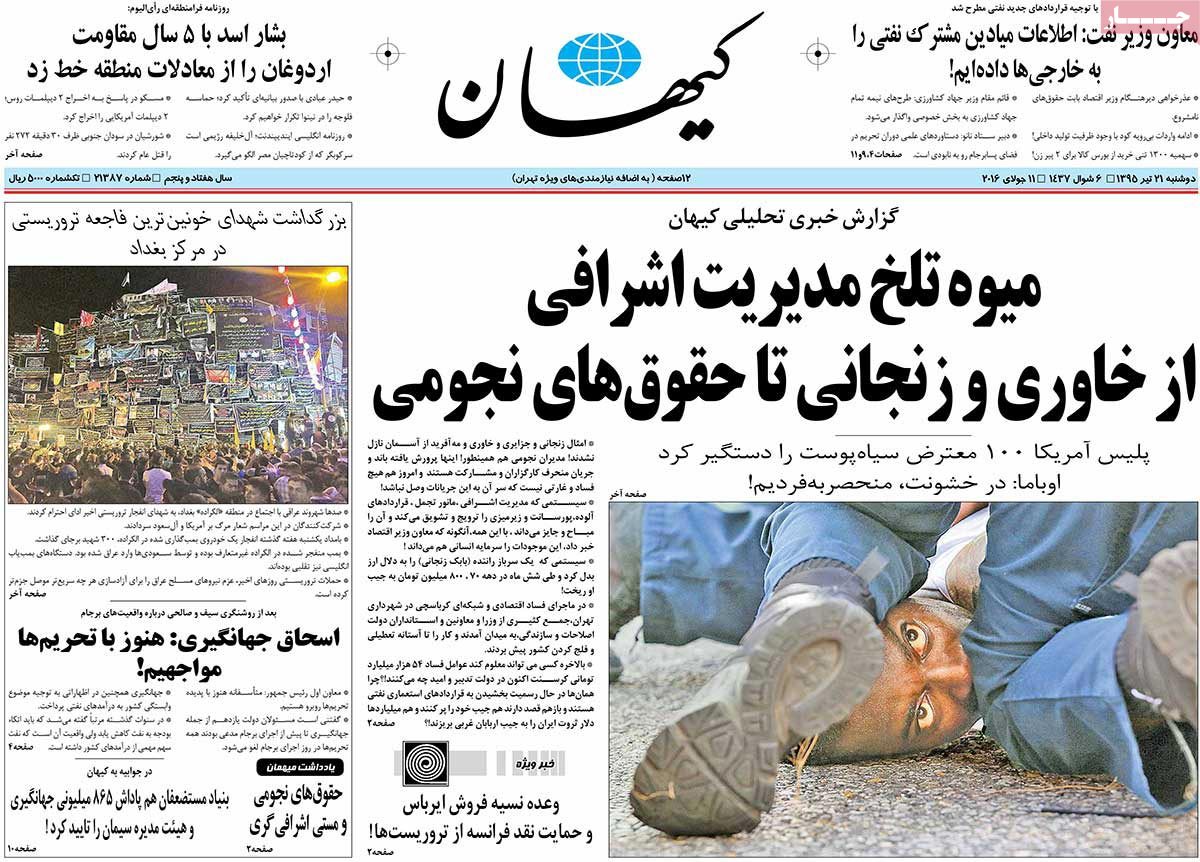 3- US Violation of Its Commitments Is Consequence of 2009 Sedition 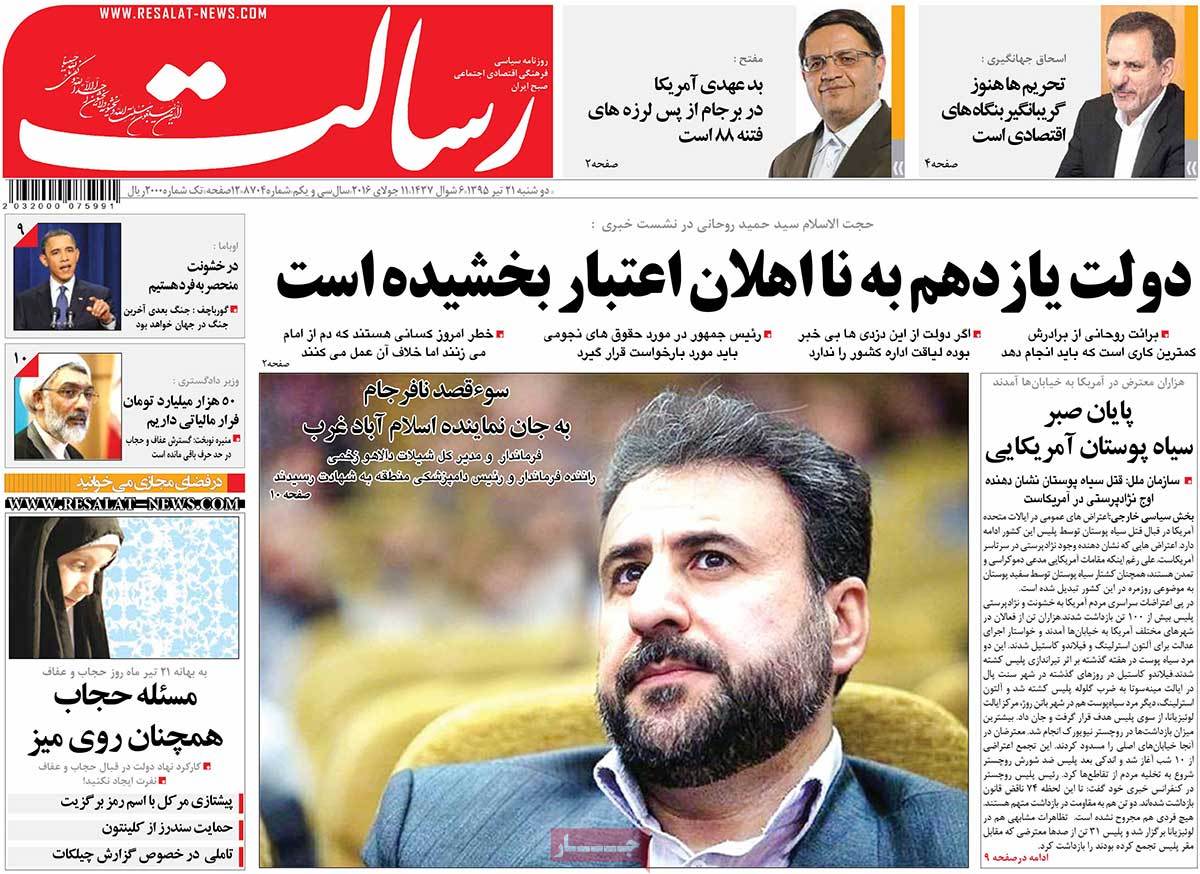 1- The Astringent Taste of Farewell: Kiarostami Escorted on People’s Shoulders to “Friend’s House” 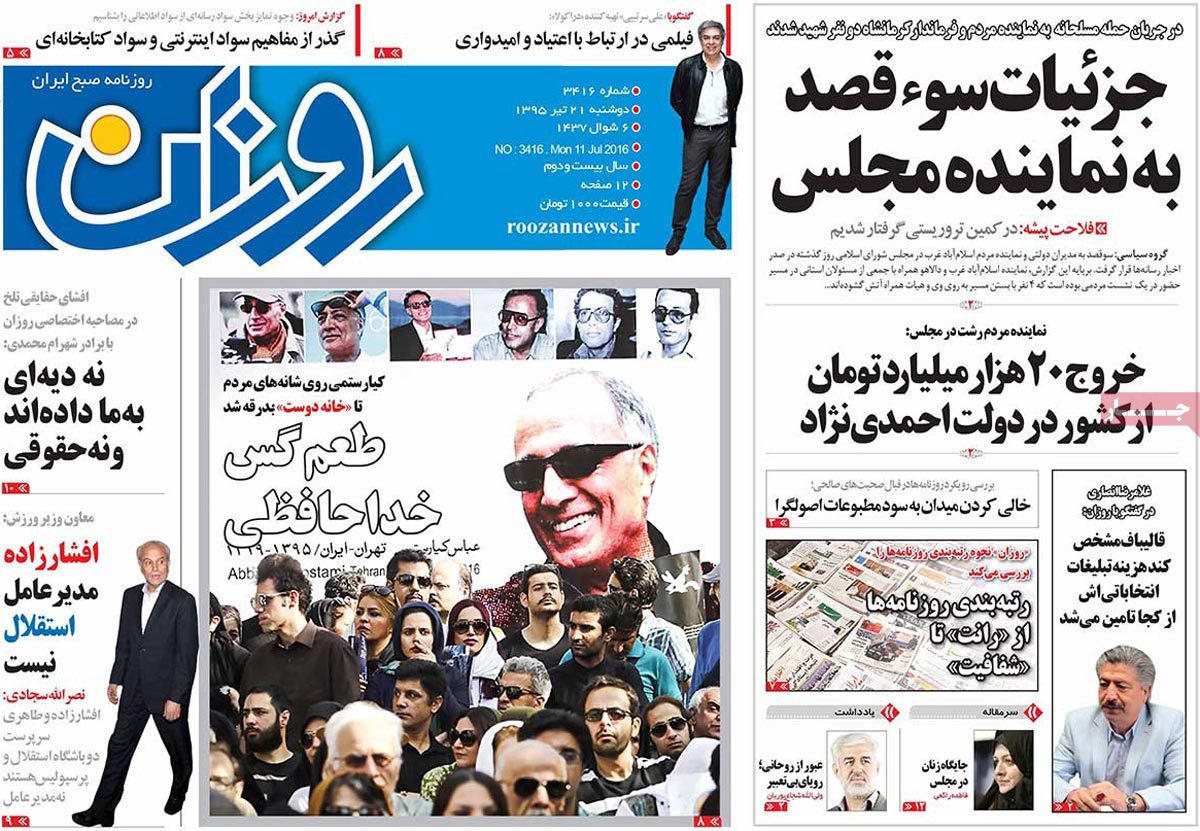 1- Wedding Ceremonies for 7 to 11-Year-Old Girls in a Village: Forced Marriage Forces Girls to Leave the School

2- Repercussions of 8 Years of Administrative Chaos [under Ahmadinejad]

4- We Were Trapped by Terrorists: MP Who Escaped Assassination 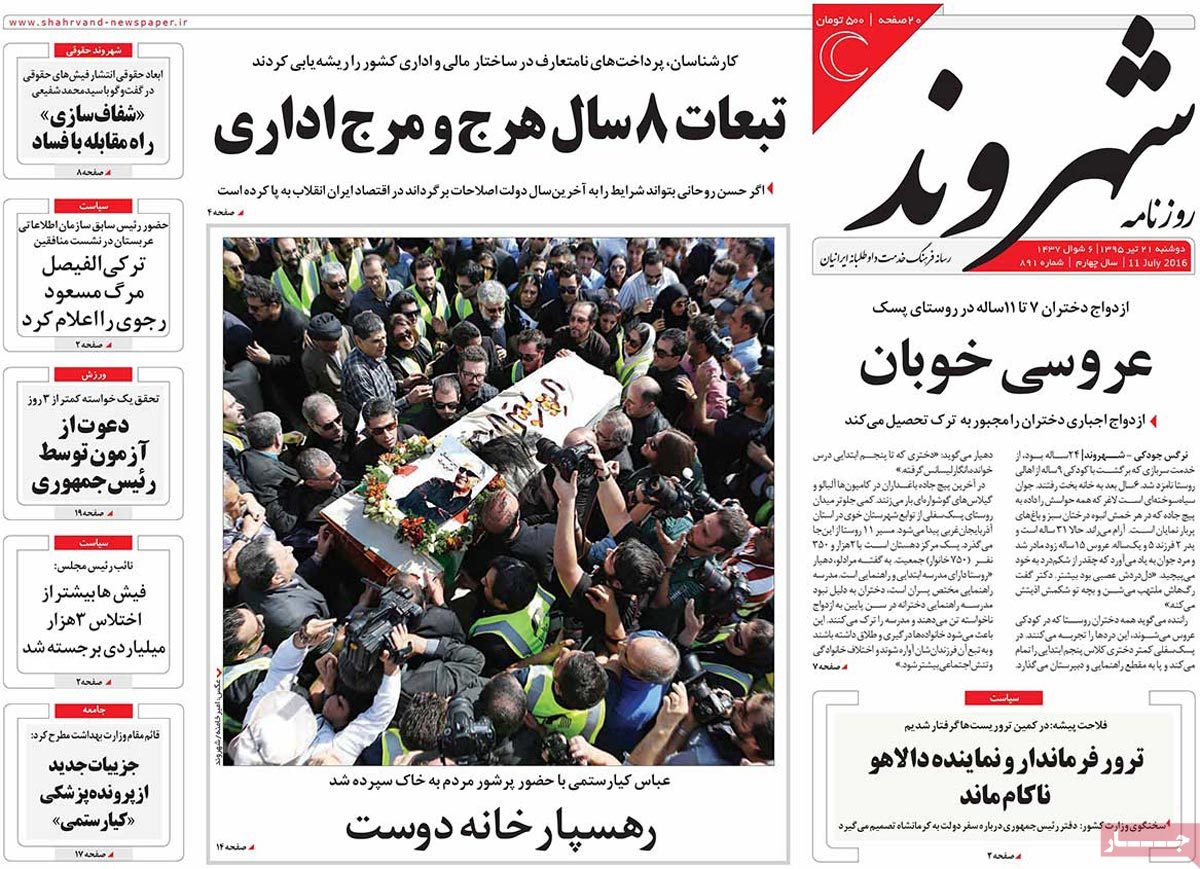 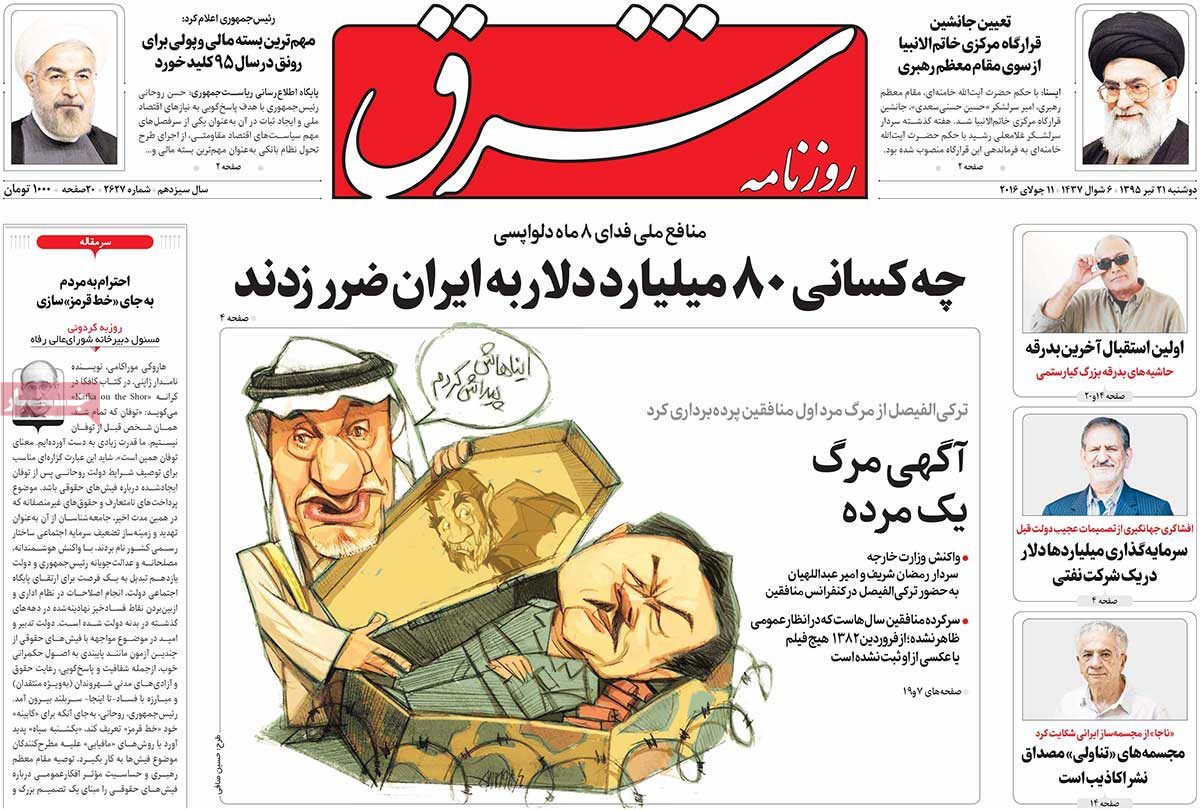 1- Beyond Crisis: Fresh Wave of Dust Pollution Coming to Iran

2- Don’t Eat in Front of TV or Computer 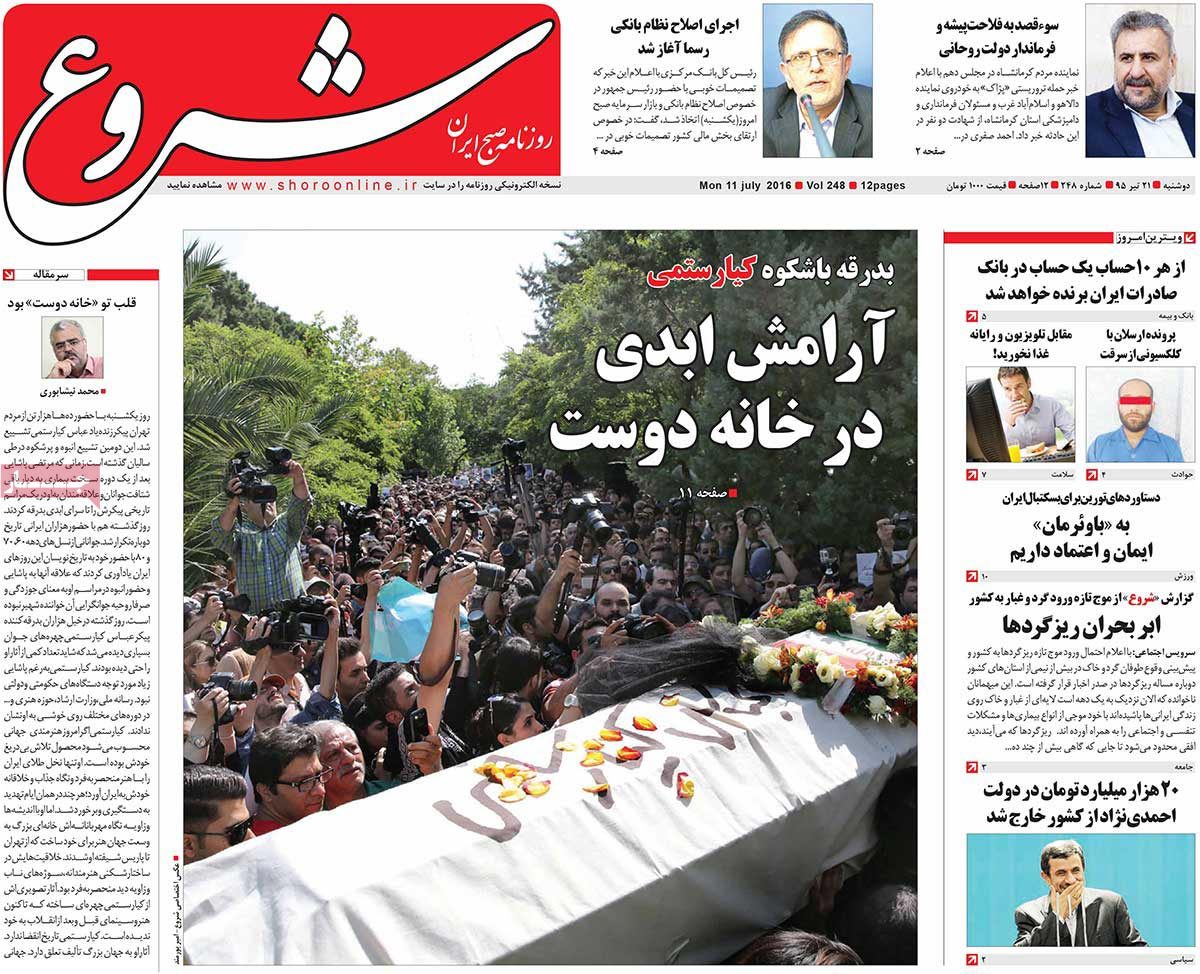 1- Benefits of WTO Accession: ‘Almost Nothing’! 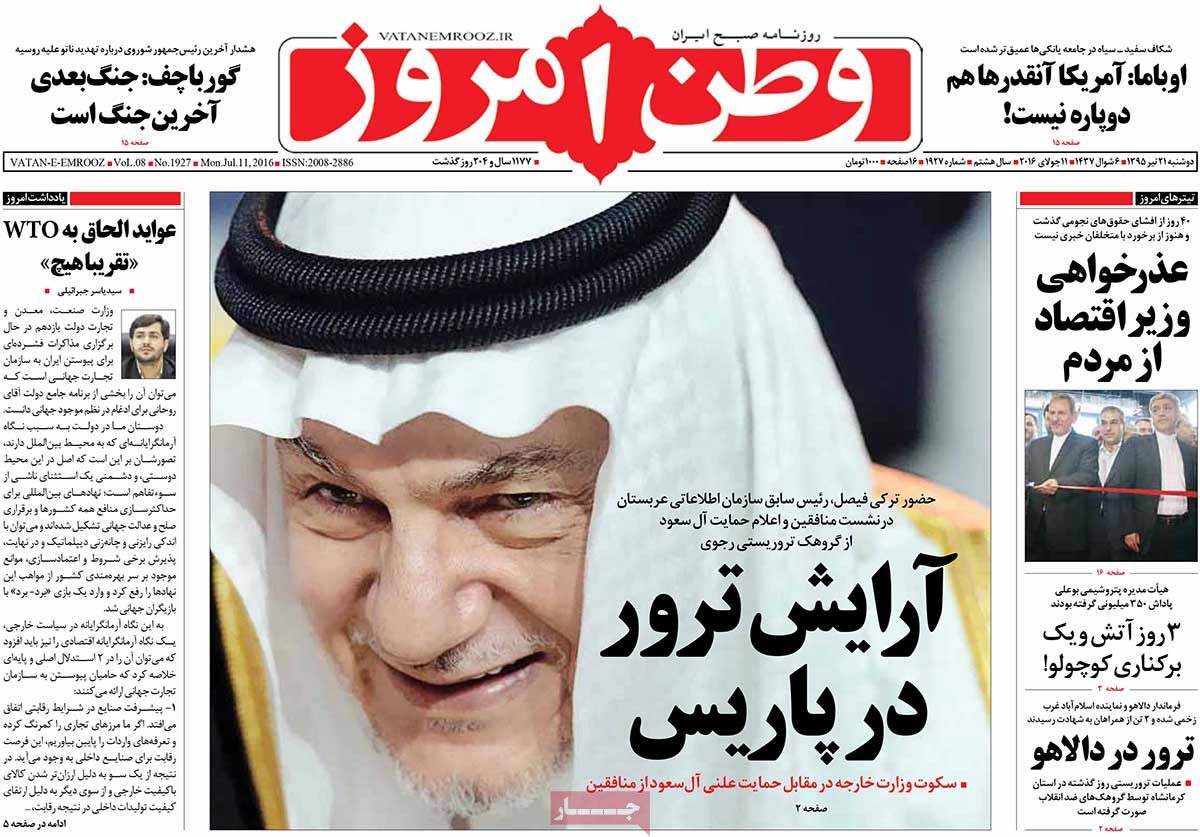