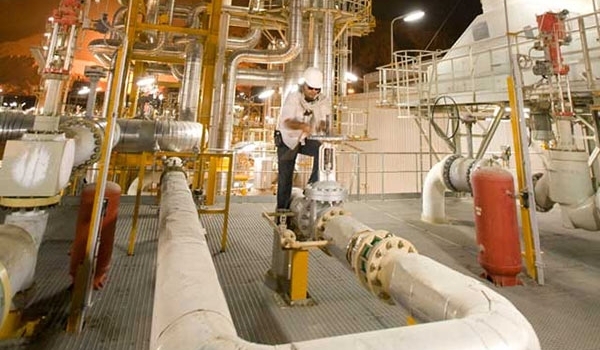 TEHRAN, Jul. 09 (MNA) – An official has announced that phases 20 and 21 of South Pars are almost complete being ready to receive gas from the sea.

Project Director of South Pars Phases 20 and 21 said eleven wells have been drilled in phase 21 adding “at the present time, final stages of the operation are ongoing.”

“Both phases have had 90 percent development,” underlined Mahdavi adding “refinery of phases 20 and 21 comprises four gas sweetening rows the first of which is ready to receive gas from the sea.”

The official stated that the new phases will become operational by the end of the current Iranian calendar year (began March 20) and will add two billion cubic feet to the production capacity of South Pars gas field.

“Parallel with implementation of the project’s offshore section, different units of the refinery will gradually become operational,” he continued.

Iran’s Ministry of Oil has put on the agenda the development project of South Pars phases 20 and 21 aiming to produce 50 million cubic meters of sweet gas per day for domestic consumption, producing of one million tons of ethane gas to be used in petrochemical industries, recycling of more than one million tons of premium liquefied gas per year for export purposes, daily production of 75,000 barrels of stabilized and desulfurized gas condensates for exports as well as daily retrieval of 400 tons of sulfur for exports.

The development project includes several activities including construction and installation of two wellhead platforms equipped with water separation facilities, services and accessories, bridge and flare platform, drilling of 22 offshore production wells, installation of two 32-inch and two 4.5-inch glycol transmission pipeline with an approximate length of 212 km in addition to construction of a refinery complex.