US congress starts to claim that Iran’s missile tests violate the UN Security Council Resolution 2231 that endorsed the JCPOA although the US itself failed to comply with last year’s nuclear agreement between the Islamic Republic and six global powers and has recently deployed missile systems in Eastern Europe (Poland and Romania).

UN Secretary General Ban Ki-moon, being under pressure by political pressure by certain permanent members of the Security Council, also said in a confidential report seen by Reuters on July 7 that Iran’s ballistic missile launches are not consistent with the constructive spirit of a nuclear deal between Tehran and world powers.

In addition, German Chancellor Angela Merkel had said on Thursday that, “Iran continued unabated to develop its rocket program in conflict with the relevant provisions of the UN Security Council.”

Reacting on Saturday, former head of the Iranian parliament’s defense committee Esmaeil Kousari rejected the allegations, saying Iran’s missile activities are not in contravention of the UN Security Council Resolution 2231. 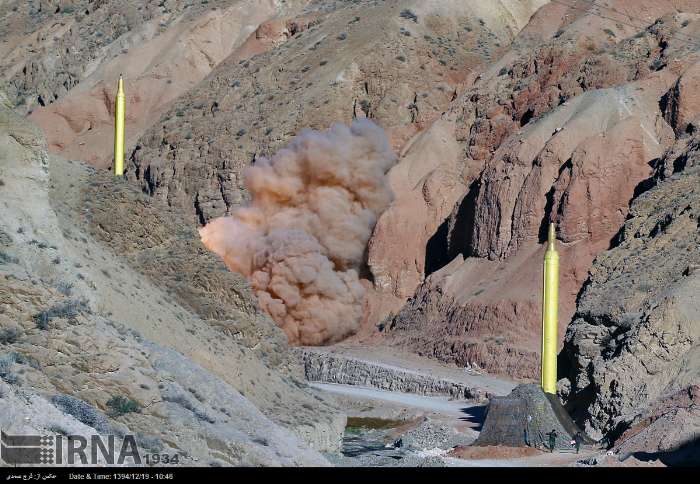 A long-range Qadr ballistic missile is launched in the Alborz mountain range in northern Iran on March 9, 2016.

Iran’s missile activity is completely defensive and has designed to defend the country’s territorial and geographical position against any threat, Kousari stressed.

Ali Akbar Salehi, the head of the Atomic Energy Organization of Iran (AEOI), also criticized the coincidence of Merkel’s and Ban Ki-moon’s remarks as a clue that a conspiracy was incipient against Iran.

A day earlier, the country’s Armed Forces fired another ballistic missile called Qiam from silo-based launchers in different locations across the country.

The United States, Britain, France and Germany wrote to Ban in March about the missile tests, which they said were “inconsistent with” and “in defiance of” the council resolution.

In return, Iran’s Foreign Minister Mohammad Javad Zarif Wattending said in a joint press conference with visiting EU foreign policy chief Federica Mogherini in Tehran on April 16 that Iran’s missile tests neither breach the JCPOA nor any United Nations Security Council resolutions as the missiles “are not designed to carry nuclear weapons.”

Resolution 2231 adopted on July 20, 2015 provides for the termination of the provisions of previous Security Council resolutions on the Iranian nuclear program and establishes specific restrictions that apply to all states without exception.

The resolution calls upon Iran not to undertake any activity related to ballistic missiles designed to be capable of delivering nuclear weapons, including launches using such ballistic missile technology.