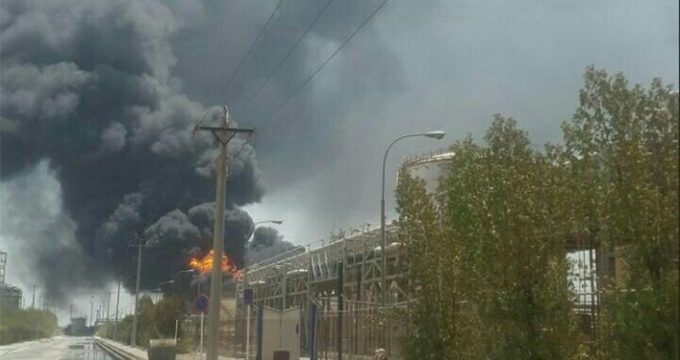 Started on Wednesday, the raging fire at the petrochemical complex has fortunately caused no injuries or deaths.

Earlier reports suggested that the fire is not threatening the nearby cities of Mahshar and Bandar Emam, another Iranian energy and petrochemical hub.

But to be on the safe side, authorities have stopped cars from entering the crisis zone.

According to the provincial authorities in Khuzestan, the fire is almost contained and aid from neighboring provinces is expected to pour in case it is needed.

Four helicopters are also at the scene to help extinguish the fire.