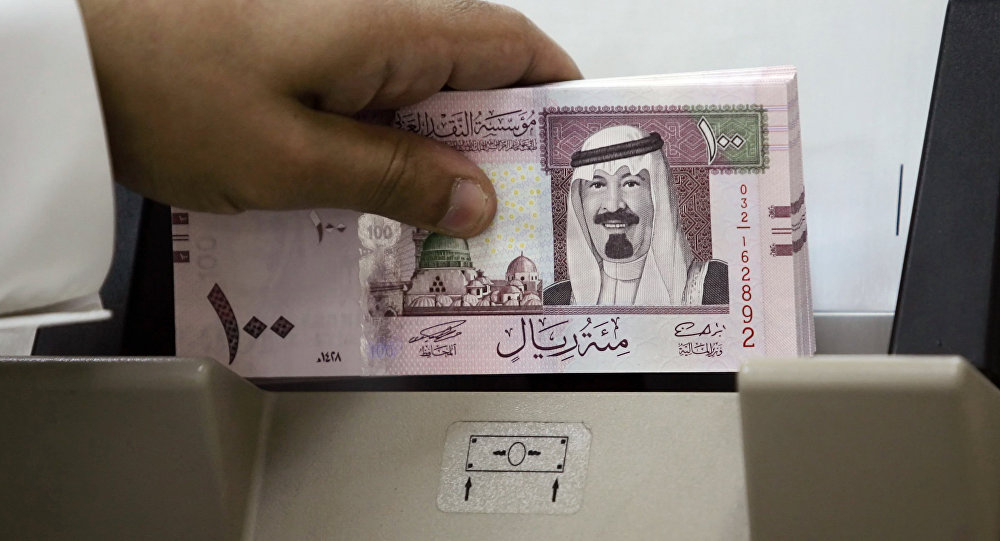 Alwaght- Saudi Arabia is staring into the abyss with its economy essentially on its knees following its slowest rate in three years during the first quarter of with zero growth expected later this year.

Reuters quoted reported that analysts say the new  data pointed to a risk of growth in the world’s top oil exporter slowing to near zero this year, which would be its worst performance since the global financial crisis of 2009.

Gross domestic product, adjusted for inflation, grew 1.5 percent from a year earlier between January and March, down from a revised growth rate of 1.8 percent in the fourth quarter of 2015, the state statistics office said. It was the slowest growth since 0.3 percent in the first quarter of 2013.

The non-oil sector shrank 0.7 percent, its worst performance in at least five years. This may be a source of concern to Saudi policy makers because an ambitious reform plan to help the economy cope with an era of cheap oil, announced last month, assumes rapid growth in non-oil businesses.

Last December, to curb an annual budget deficit of nearly $100 billion caused by slumping oil revenues, the government announced cuts in spending and energy subsidies. Officials have said there will be more austerity steps in coming years.

The Saudi regime has begun borrowing abroad this year to finance some expenditure.

Low oil prices are not just squeezing Saudi Arabia’s domestic budget, imposing austerity on a kingdom not used to it: it is taking its toll on Saudi support for foreign projects too. For years, the Saudi regime has misused its oil wealth to buy or bribe friends and allies around the world, including media organizations, think tanks, academic institutions, extremist Wahhabi schools and organizations.

The Saudi regime is also footing the bill of some of the terrorists groups fighting to topple the Syrian government and causing mayhem in neighboring Iraq. In both countries Saudi-backed terrorists have suffered heavy defeats in recent weeks.

The Saudi regime has also invaded neighboring Yemen and after one year of its illegal aggression, Riyadh is now bogged down in a very expensive and unwinnable war against Yemenis and is now looking for an exit strategy through the ongoing peace talks in Kuwait.

But now the IMF has raised the prospect that Saudi Arabia could go bankrupt in five years without changes to its economic policy, cuts in support to foreign allies seem inevitable.

The Saudi last year orchestrated a fall in global oil prices as a means of undermining the Iranian economy to prevent it from recovering following the lifting of sanctions. This is while the Saudi economy is heavily reliant on oil, with shipments accounting for 90 per cent of its export earnings and 80 per cent of government revenues. On the other hand, oil revenues make up less than 25 percent of Iran’s budget this year, down from 33 percent the previous year. Economists believe that in the long run as if Iran is better positioned to endure low oil prices than most of the other oil-exporting countries in the Middle East and North Africa. Therefore Saudi Arabia is set to suffer immensely from low oil prices it initiated in the misplaced hope of countering Iran which is utilizing the situation to reclaim it lost global oil market share.

The Saudi economy is facing a bleak future while in the political front there is simmering infighting within the ruling tyrannical House of Saud and growing dissent in several parts of the restless kingdom.