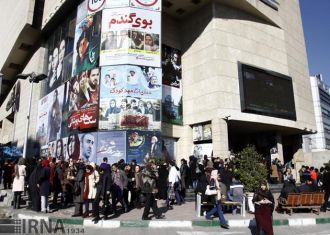 Kiarostami to be honoured in all movie theaters across the country

Tehran, July 5, IRNA – Screening movies in Iranian cinemas is to be stopped on Tuesday night at 22 pm to pay tribute to the prominent Iranian film director Abbas Kiarostami.

In a meeting which was held on Tuesday morning by the cinema officials in Iran, it was decided that several ceremonies be held to honour the acclaimed Iranian film director Abbas Kiarostami who died in a hospital in Paris on July 4.

Friends and people of cinema are to gather in Cinema Museum at 21 pm to pay homage to Kiarostami and sign memorial notebook.

Kiarostami died at the age of 67 after a battle with cancer. He made several movies which were highly praised by cinema critics and lovers.