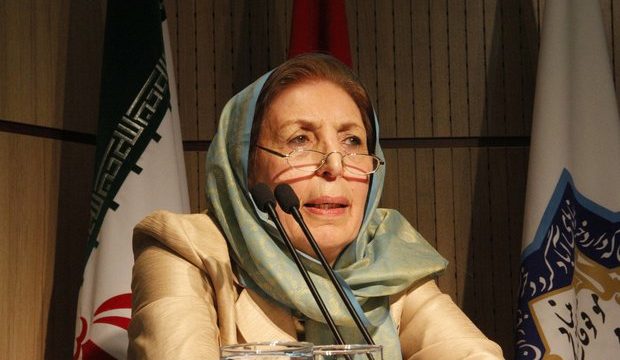 François Sénémaud granted the Legion of Honor to Iranian researcher and associate member of the Academy of Persian Language and Literature during a ceremony at the French Embassy on Thursday.

At the beginning of the ceremony, Sénémaud spoke of the scientific status of Dr. Jaleh Amouzgar who is a world-class researcher and a university professor for more than 30 years.

Amouzgar holds a PhD degree from Sorbonne University in Iranistics (Iranian linguistics) and is also associated with the Encyclopædia Iranica project at Columbia University.

Addressing the participants at the ceremony, Amouzgar underlined she belongs to the generation who held purposes in their life.