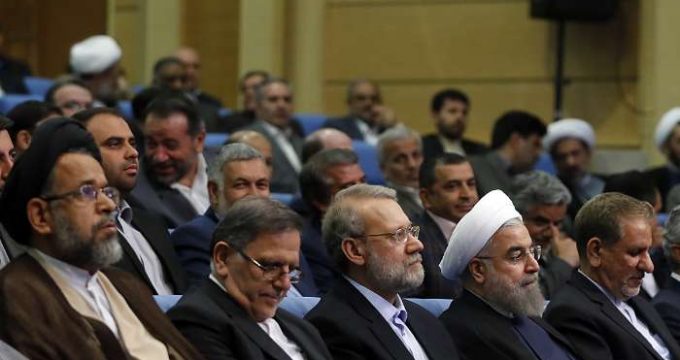 The tenth parliament has the spirit to let this happen, Larijani said on Sunday in a breakfast meal (Iftar) ceremony hosted by the President Hassan Rouhani’s cabinet, where the parliament representatives were also present.

He urged both the government and parliament (Majlis) representatives to avoid disputes from happening and do everything to promote more convergence.

We should exploit all the opportunities to collaborate on addressing issues, he said.

Larijani praised efforts by President Rouhani and his cabinet to create a roadmap for the country’s development.

But he said that each of the branches of the government is responsible to do their due share in developing the country to avoid possible problems.

Iran’s parliament speaker also praised the government of President Rouhani for its appropriate settlement of the pay- slip scandal that has caused the resignation of some of the managers of the government bodies.

Establishment of the public confidence is necessary, Larijani said.

Everybody in the country should conform to the norms, and this is not limited to those elected by the public votes, he said.