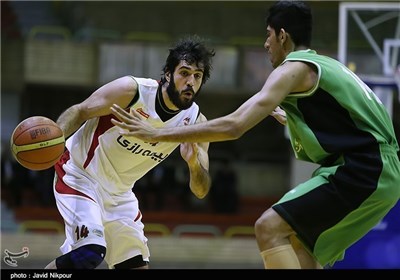 The Iranian national junior basket ball team has been drawn in Group B of the 2016 Fédération Internationale de Basketball (FIBA) Asia Under-18 Championship, which is scheduled to be held later this month in the Iranian capital city of Tehran.

The Islamic Republic of Iran was drawn in Group B of the preliminary round of the sports event, and has joined Indonesia, Japan, Kazakhstan, Lebanon and South Korea.

Group A consists of China, Chinese Taipei, India, Iraq, the Philippines and Thailand.

The 2016 FIBA Asia Under-18 Championship, which marks the 24th edition of the continental sports event, is slated to open at Azadi Sports Complex in western Tehran on July 22, and will run through July 31.

The teams placed 1st, 2nd, 3rd and 4th in each group will qualify directly for the quarterfinal round.

The Iranian junior basketball players will face counterparts from Indonesia in their opener on July 22.

They will take on Kazakh, Japanese, South Korean and Lebanese athletes in their second to fifth encounters.