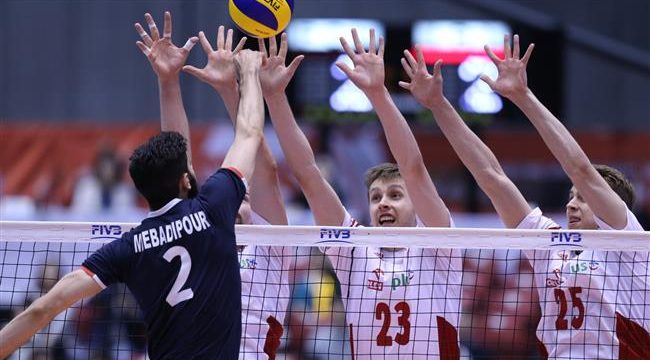 Despite neither team having a chance to qualify for the Final Six in Krakow, the players treated the home crowd to a thrilling match.

Iran took an early lead 4-1 in the opening set, but their lead was down to just one point at the second technical time-out. They were able to hold on to the slender advantage as Mirzajanpour finished the set at 25-23.

The second set also started with Iran 4-1 up. However, the home fans went silent when Poglajen made the score even at 7-7. The set was close from then on until at 21-all Argentina managed to score twice in a row. They quickly grabbed the set, 25-22.

Iran started the third well, leading 8-4 at the first technical time-out. Excellent reception and quick attack by Iran allowed the hosts to maintain their lead at 16-12. A successful video challenge by Argentina made the gap closer at 17-15. Argentina’s captain De Cecco came on and led Argentina to an impressive finish and a 25-21 win, fivb.com reported.

The fourth set began with the teams tied at 8-all. Iran won a beautiful rally to go 16-13 up. They were able to hold on to their lead and force the tiebreak, with 25-22.

The host also started the final set better with a 6-3 lead. Argentina managed a last-minute comeback to tie the score, but it wasn’t enough as Iran snatched the final two points, and the tiebreak, 16-14.