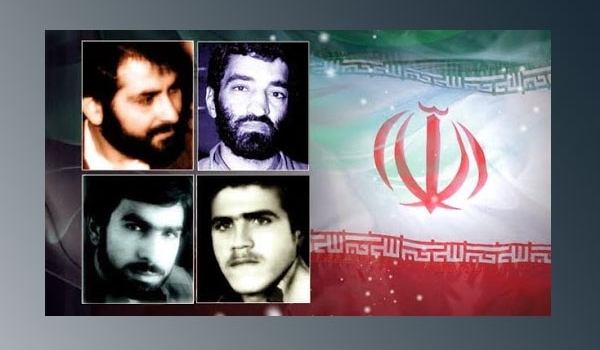 July 4, The Iran Project – Iran marked the 34th anniversary of the abduction of four Iranian diplomats in Lebanon and accused the Israeli regime of involvement in the incident, appealing to the United Nations to oblige the Israeli regime to release them.

In a statement on the occasion of the 34th anniversary of the kidnapping of the four diplomats in Lebanon,  Iran Foreign Ministry on Sunday underlined that  exisiting evidence and documents show that the four abducted diplomats are still alive and imprisoned in Israel, adding that the Iranian nation and families of kidnapped diplomats are still waiting for them.

The ministry thanked the efforts made by the Lebanese government and some international entities over the past several years to to follow up on the case, saying the United Nations, the International Committee of the Red Cross (ICRC) and other human rights bodies must fulfill their duties and put pressure on Israel to release the four Iranian diplomats kidnapped in Lebanon more than three decades ago.

Iran also repeated calls for the formation of an international fact-finding committee to shed light on the issue.

Four Iranian diplomats, the then charge d’affaires of the Iranian Embassy in Beirut Seyed Mohsen Mousavi, military attaché Ahmad Motevaselian, embassy technician Taghi Rastegar Moghadam and journalist of the Islamic republic news agency Kazzem Akhavan were kidnapped by a group of Israel-backed gunmen at an inspection post in northern Lebanon on July 4, 1982.

They were stopped at a check point in northern Lebanon by Lebanese Phalange forces commanded by Samir Geagea and later handed over to the Zionist regime. None of them have been seen since.

Geagea has made contradictory statements on the issue, initially saying that his militia handed them to Israel and later claiming that they witnessed their killing inside Lebanon.

Israel claims that the four diplomats were abducted by a Lebanese militant group and were killed shortly after their abduction. The Lebanese resistance movement Hezbollah has, however, said that it has evidence that they are still alive and in Israeli captivity.

It is worth mentioning that  the militia headed by Geagea was known for its close ties with Israel at the time and was responsible for handing over many Lebanese and foreigners to Israeli custody at the peak of the Zionist regime’s invasion of Lebanon.

Earlier on May, Iran’s Defense Minister Brigadier General Dehghan said evidence indicates that four Iranian diplomats are still alive and are in the custody of the Zionist regime, promising following the case legally and politically to free them.

At any rate, the role of the Israeli regime and its agents in kidnapping the diplomats and transferring them to the occupied Palestinian territories can not be ignored and the Tel Aviv regime bears full legal and political responsibility for the incident.

In September 2008, the Lebanese government sent a letter to UN Secretary General Ban Ki-moon, in which Beirut confirmed the kidnapping of the Iranian diplomats in the Lebanese territory and called for UN action to pursue the case.

During recent years, Iran has repeatedly renewed calls on the United Nations and relevant international entities to pursue the case of four Iranian diplomats abducted in Lebanon more than three decades ago.

Iranians are seriously following up the fate of the missing diplomats not only through political means but also through cultural ones.

A film named “Standing in the Dust” has been made about  the life story of Motevasselian and his colleagues and  the crew of which has launched a campaign to pursue the freedom of four kidnapped diplomats, asking all individuals to join the campaign available here.