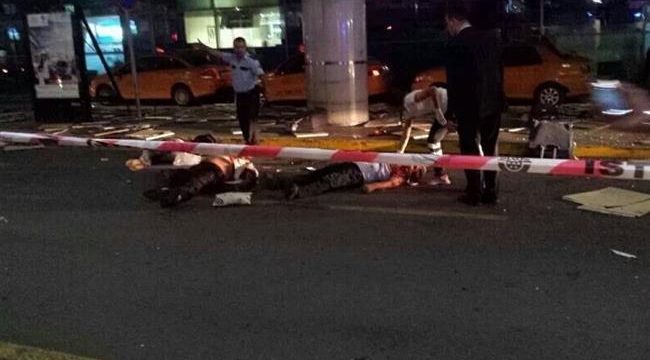 Political developments in the past days have led to many speculations about changes in the ongoing trends on the ground in Syria. Last June, defense ministers of Iran, Russia and Syria held a joint meeting in Tehran. Following the meeting, Iran’s Defense Minister Brigadier General Hossein Dehqan and the Syrian defense minister lent their support to cease-fire in Syria provided that the ceasefire would not be used as an opportunity to strengthen terrorist groups in the Arab country. Following this meeting and after another meeting between Russian defense minister and Ali Shamkhani, secretary of the Islamic Republic of Iran’s Supreme National Security Council, Shamkhani was introduced as the highest ranking official coordinating Iran’s political, military and security measures with Syria and Russia.

A short while later, Iran’s Foreign Minister Mohammad Javad Zarif, who was in the Norwegian capital city of Oslo at that time, expressed positions, which some analysts took them as a sign of change in Iran’s policy in Syria. Subsequent deposition of Iran’s deputy foreign minister for Arab and African affairs further strengthened these speculations. All these issues indicate that Iran has mustered the political will to continue playing its role in Syria and also show that if it were not for stonewalling by some regional countries, Iran has been always willing to see a political, not military, settlement to crisis in Syria and has shown this willingness in practice as well.

On the other hand, Mohammad bin Salman, the deputy crown prince and minister of defense of Saudi Arabia, paid visits to the United States and France and met with the US President Barack Obama, French President François Hollande, and some other high-ranking officials of these two countries. As global media reports indicate, the situation in Syria was among the topics of his talks in the aforesaid meetings, which can show some form of coordination between Saudi Arabia and the United States in Syria. Iran’s measures, on the other hand, attest to the fact that the United States and France have been able to convince Saudi Arabia to take a more realistic approach toward developments in Syria.

Most recently, Turkish President Recep Tayyip Erdogan wrote a letter addressed to his Russian counterpart, Vladimir Putin, in which he expressed regret over the killing of a Russian pilot as a result of downing by Turkish fighter jets of a Russian Sukhoi Su-24 on November 24 last year. Turkey’s measure must be considered as a tactical step aimed at increasing Ankara’s political clout in the region. This is true because regional developments in past months have fared in such a way that the regional balance has been disturbed to the detriment of the incumbent government in Turkey, and Ankara needed to rearrange its regional relations in order to forge its desirable balance.

In line with this policy, Turkey embarked on normalization of its relations with Israel during recent days after they had been soured as a result of an attack on a Turkish ship carrying humanitarian aid to the Gaza Strip by Israeli commandoes. Distancing from Takfiri terrorist groups in Syria and playing a more constructive role in this Arab country – at least as a political tactic – are also among requirements for the reestablishment of relations between Turkey and Russia whose consequences and effects on Syria crisis will be most probably seen in coming days.

Any one of the aforesaid developments are one way or another linked to developments on the ground in Syria and are signs of covert and overt coordination among rival powers in this field in order to change the situation in the Arab country. In the meantime, the so-called Islamic State (Daesh) Takfiri group, which is currently under serious attacks in Raqqah, Sirte and Mosul – that is, the main bases of the so-called Islamic State in Iraq, Libya and Syria – and feels great threat to its existence, cannot tolerate a change in Turkey’s policy as well.

According to evidence already produced, Turkey’s borders have been among the main lines for the transfer of forces and equipment used to bolster Syria’s opposition groups. Also, based on documents offered by the opposition media in Turkey and pictures released by Russia, the so-called Islamic State sells its oil through Turkey’s border. Therefore, recent suicide attacks by terrorists affiliated with the so-called Islamic State on the Istanbul airport can be considered as a reaction to changes in the policies of rival governments in Syria, and prove that the very existence of this group is currently in danger in Iraq, Syria and Libya.

Daesh, Istanbul Atatürk Airport, Syria crisis July 3, 2016
Palestinian cause; two opposing approaches
Every day must be Quds Day, we must all be Palestinians