Newspapers on Sunday continued covering the ongoing issue of astronomical salaries and the government’s campaign against the offending managers. The latest development was the mass resignation of National Development Fund executives over the leakage of their huge salaries.

An agreement between Iran and the Financial Action Task Force (FATF) is also covered by many media outlets. Conservatives are criticizing the government for making secret deals with the international body, saying that foreigners are going to have access to the bank accounts of Iranians following the deal. Officials, however, stress that if Iran wants to have ties with global banks, it has to follow FATF rules.

2- Kirby: Many Iranians Want Better Ties with the World

3- Commander of US Sailors Captured in Iran: I Didn’t Want JCPOA to Be Spoiled 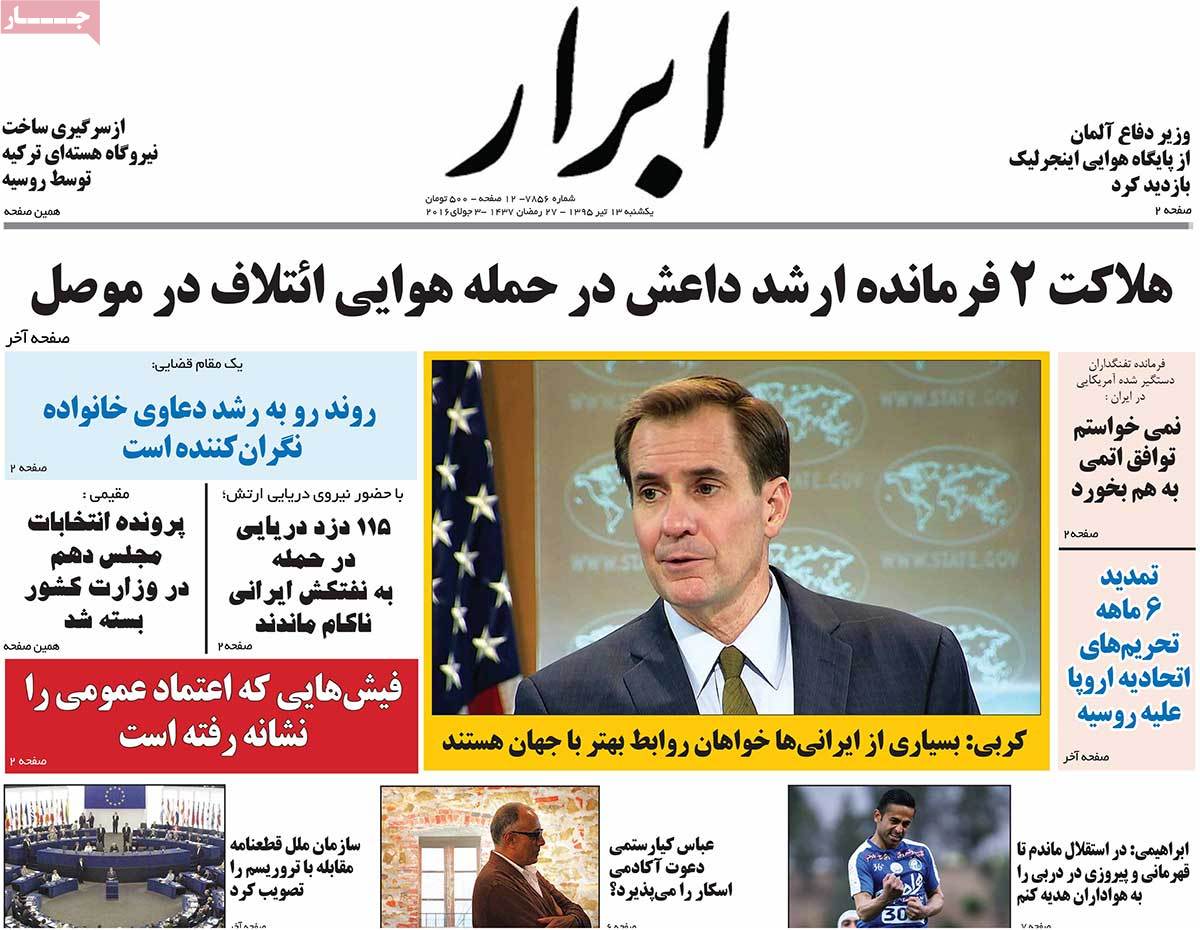 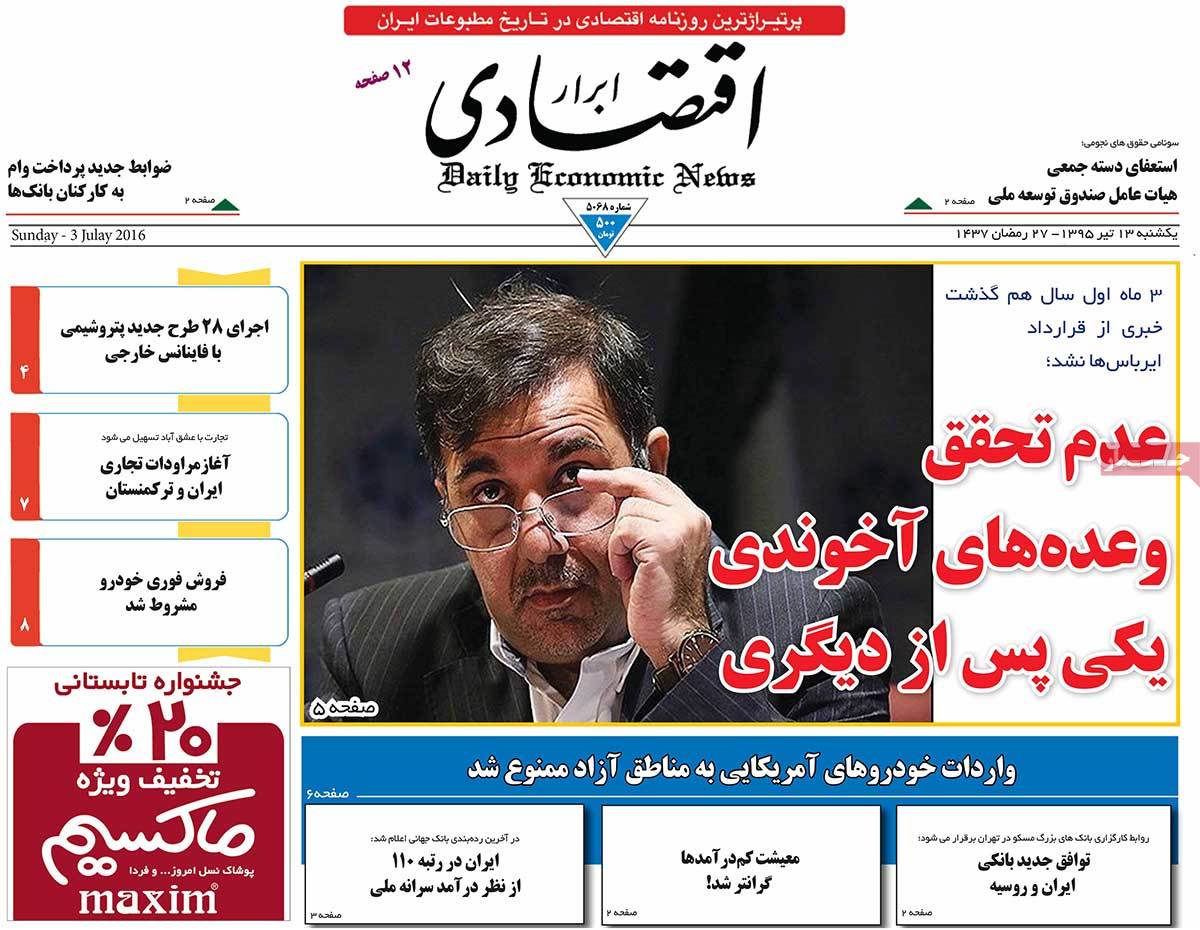 2- Iran-Canada Ties to Be Restored within a Year: Mousavian 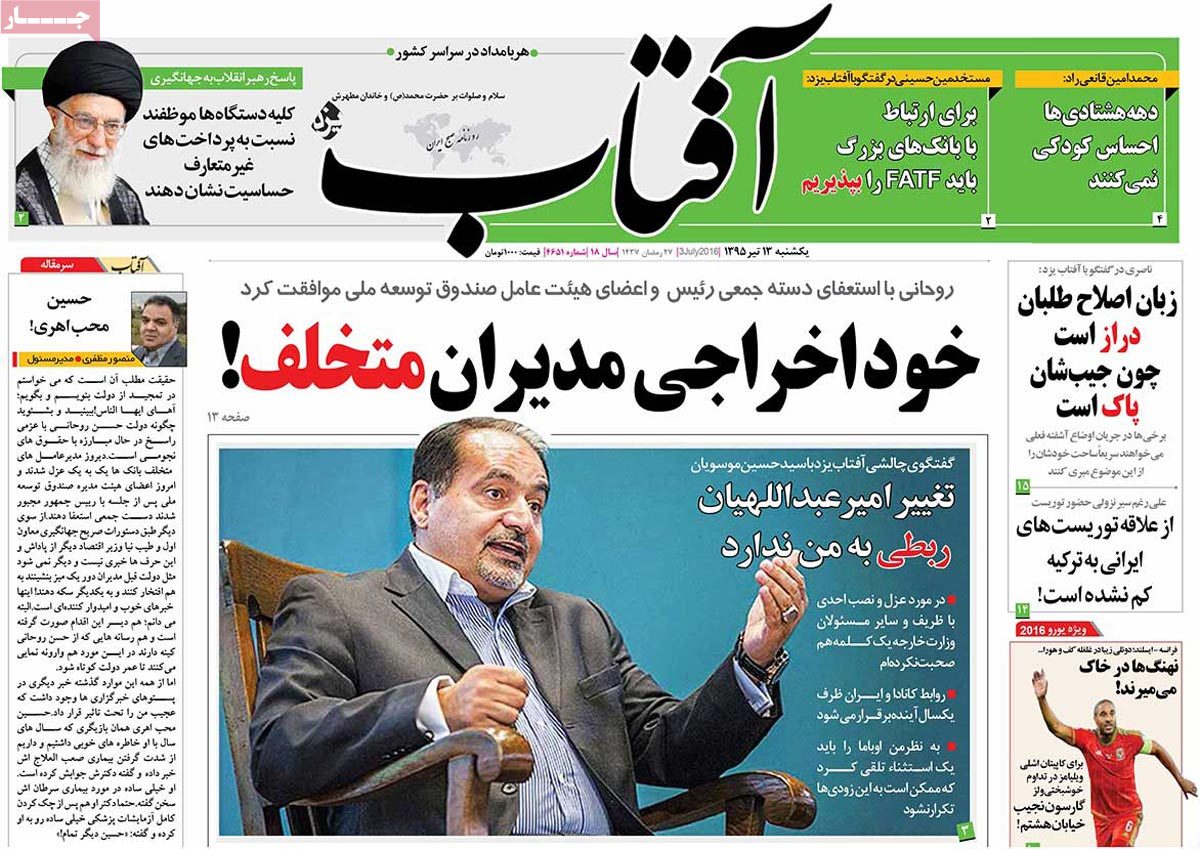 1- Women Go to Stadium: Is the Problem with Women’s Attendance in Stadiums Resolved?

3- When a Society Suffers from Poverty, Blasphemy Is the Next to Come: Rafsanjani 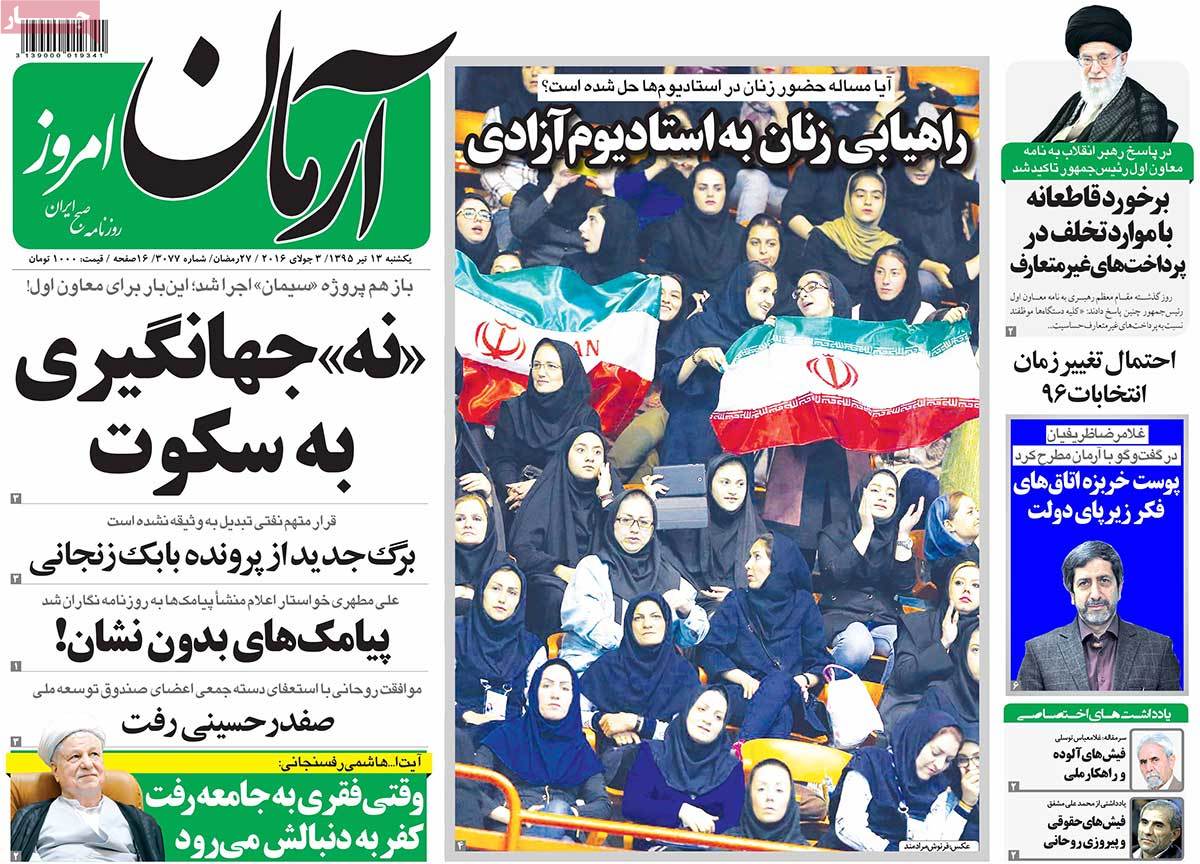 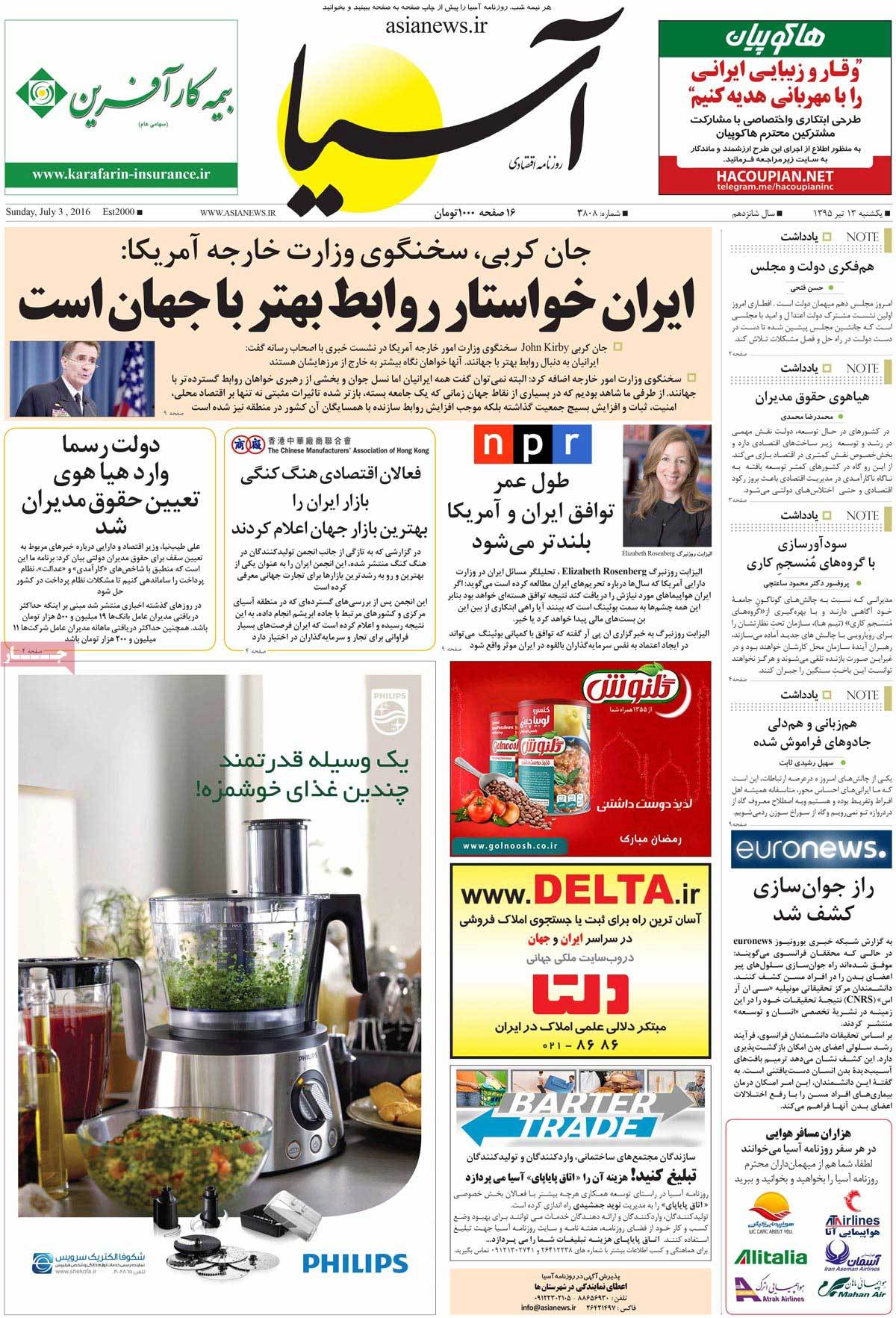 2- Weather Differences: Which One Is Telling the Truth, Weather Bureau or Car Thermometers? 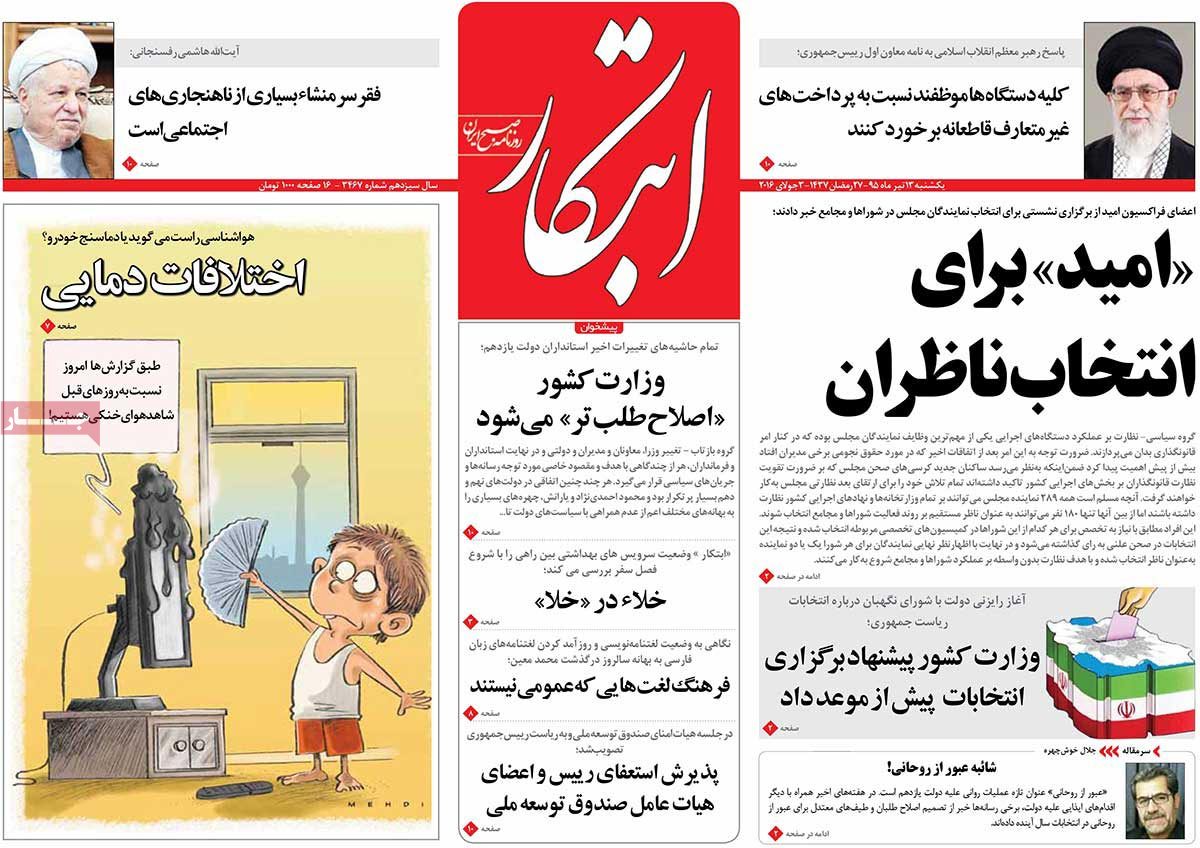 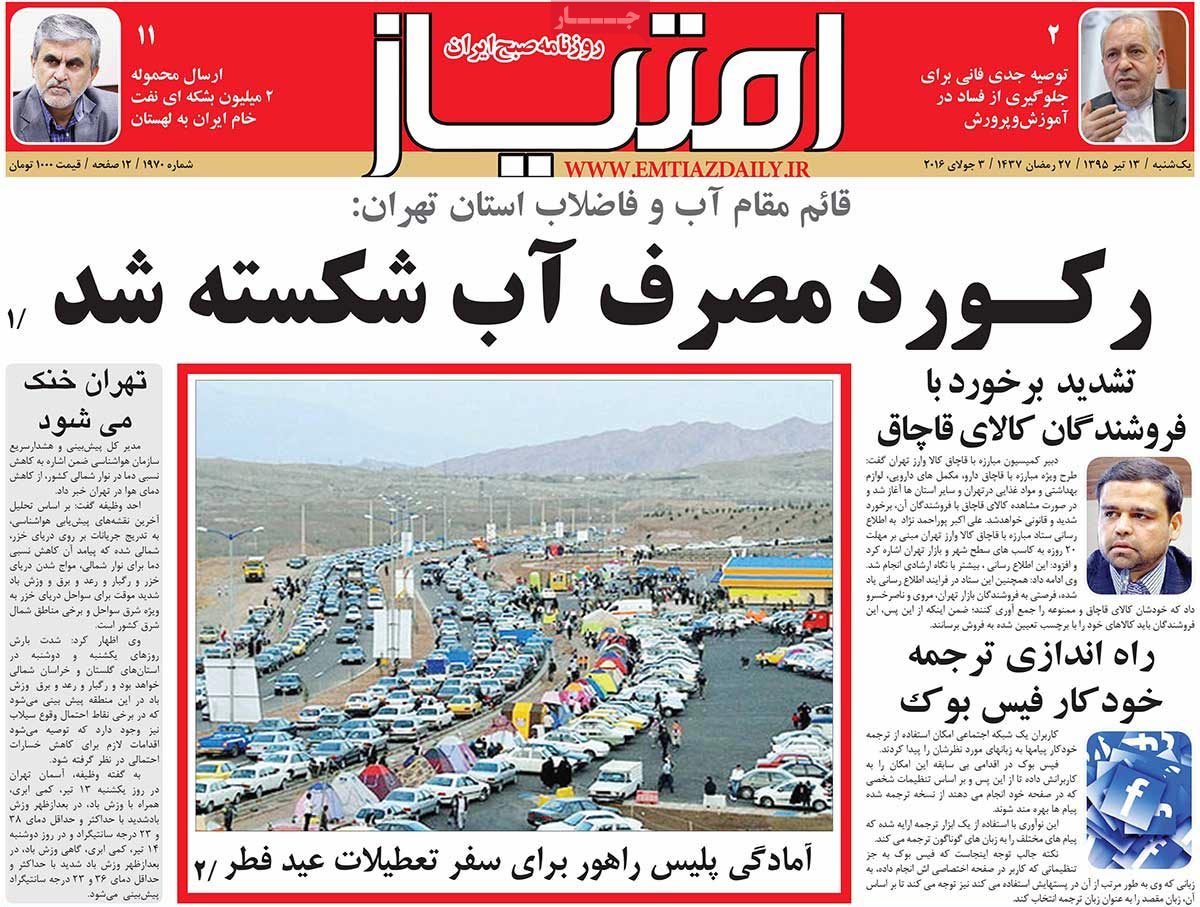 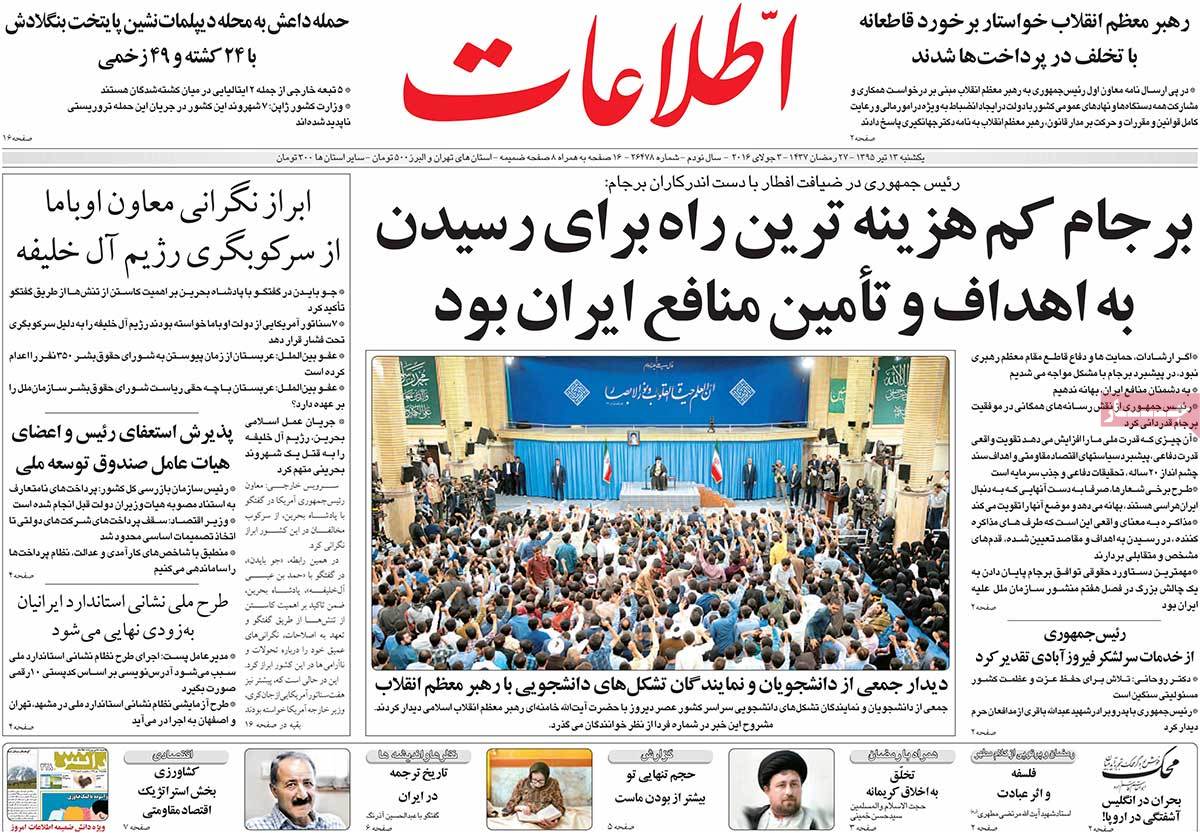 1- The Lesson Rouhani Can Learn from Clash of Clans: Refusing to Play Can Be a Defeat 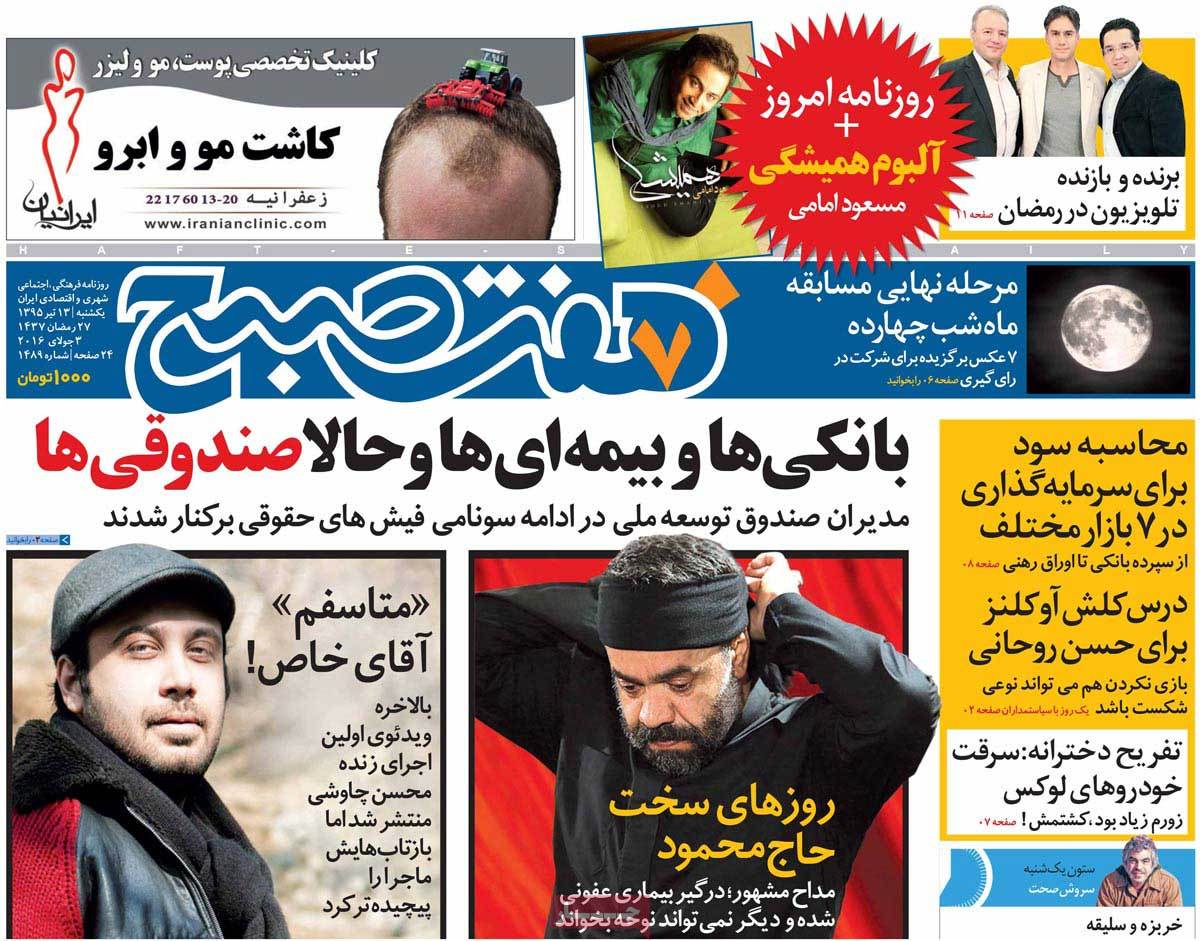 1- Oil Man Reunites with His Family after 38 Years 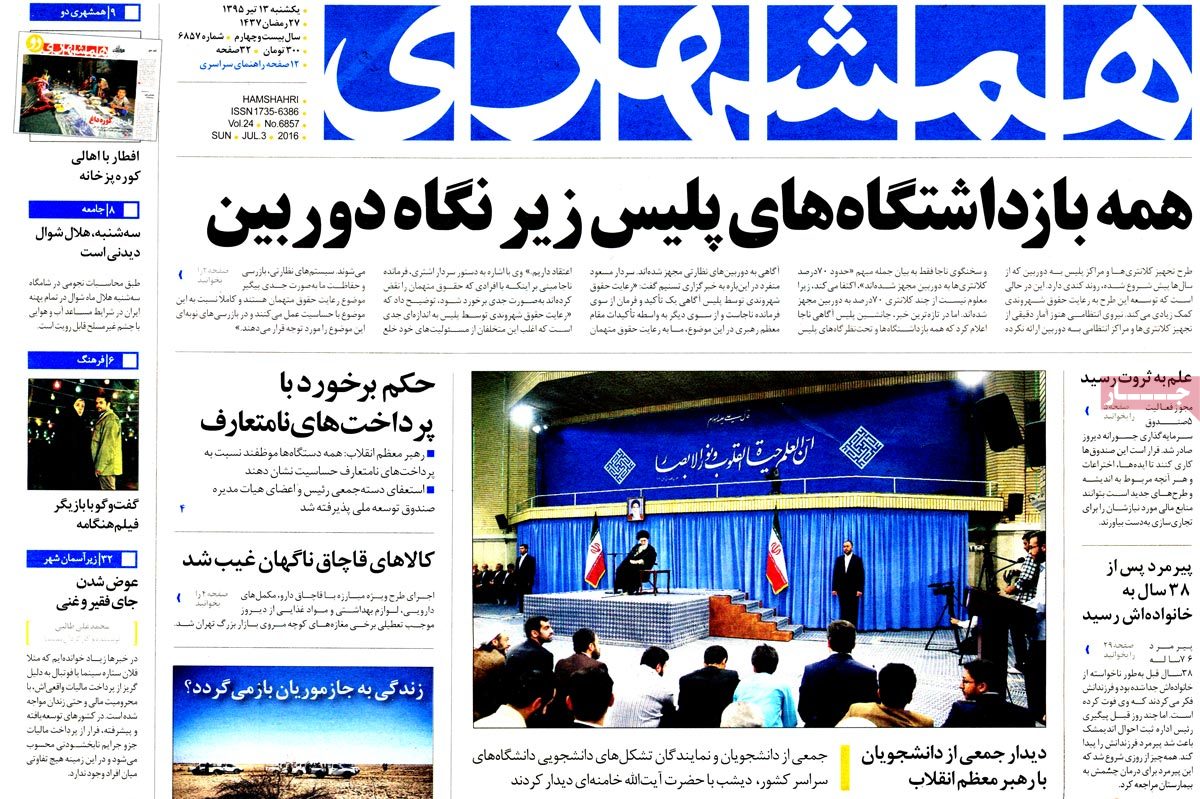 3- Discounts in Tours of Turkey Equal to Giving Discounts on Lives of Iranians: MP 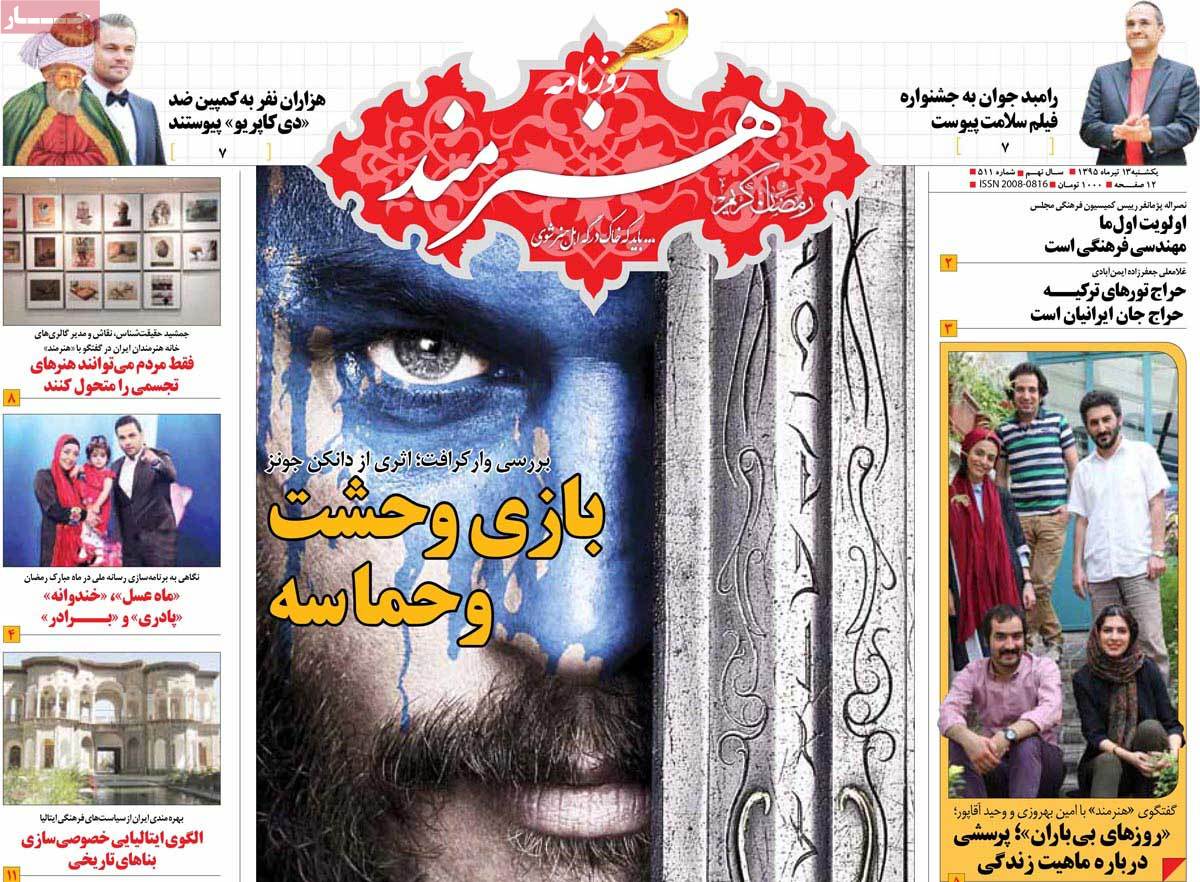 1- There Is No Secret Text between Iran and FATF: CBI Official 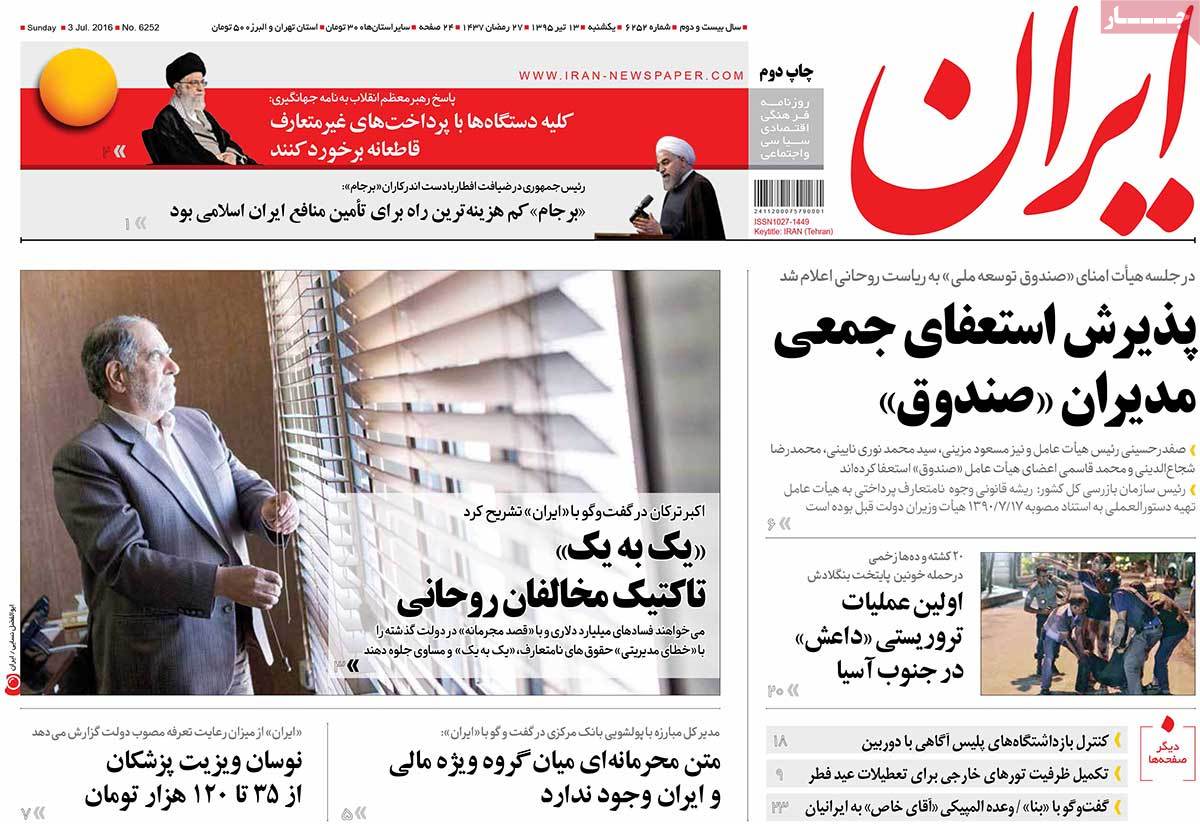 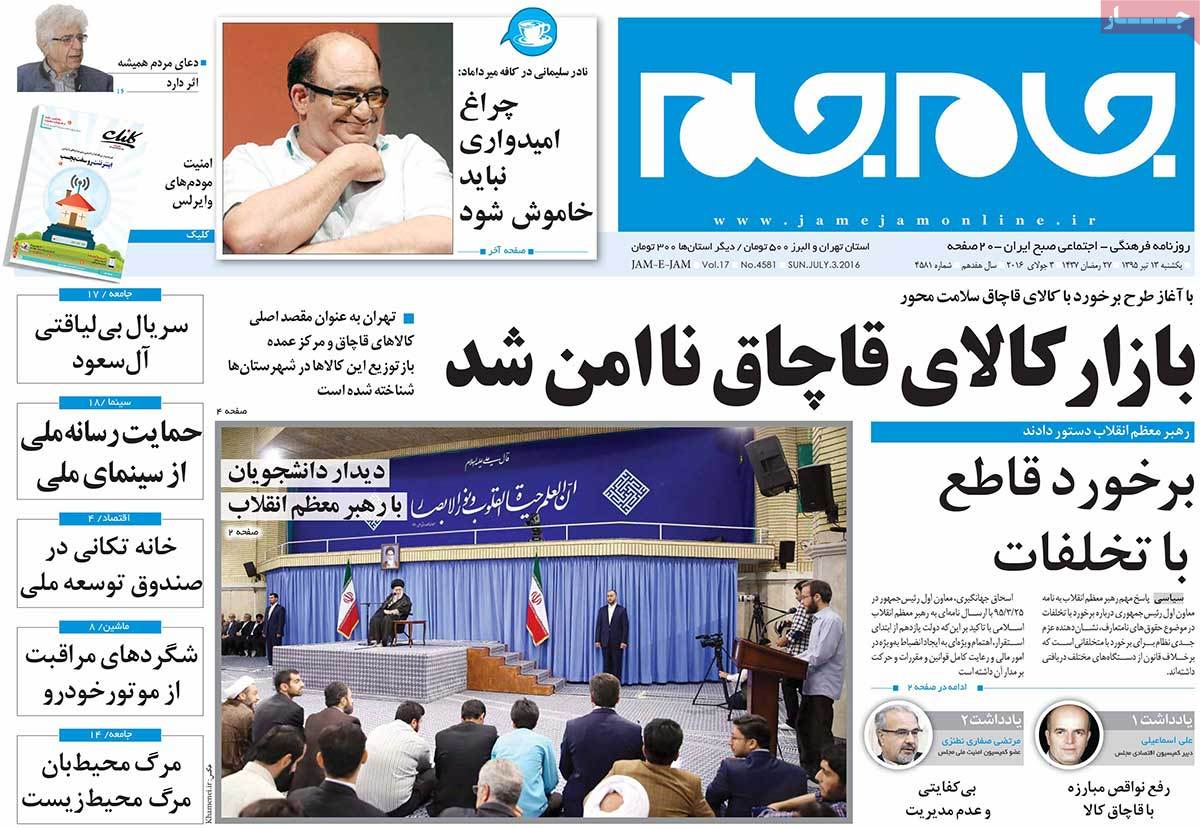 3- They Control Bank Accounts of Every Single Iranian with FATF: Former MP 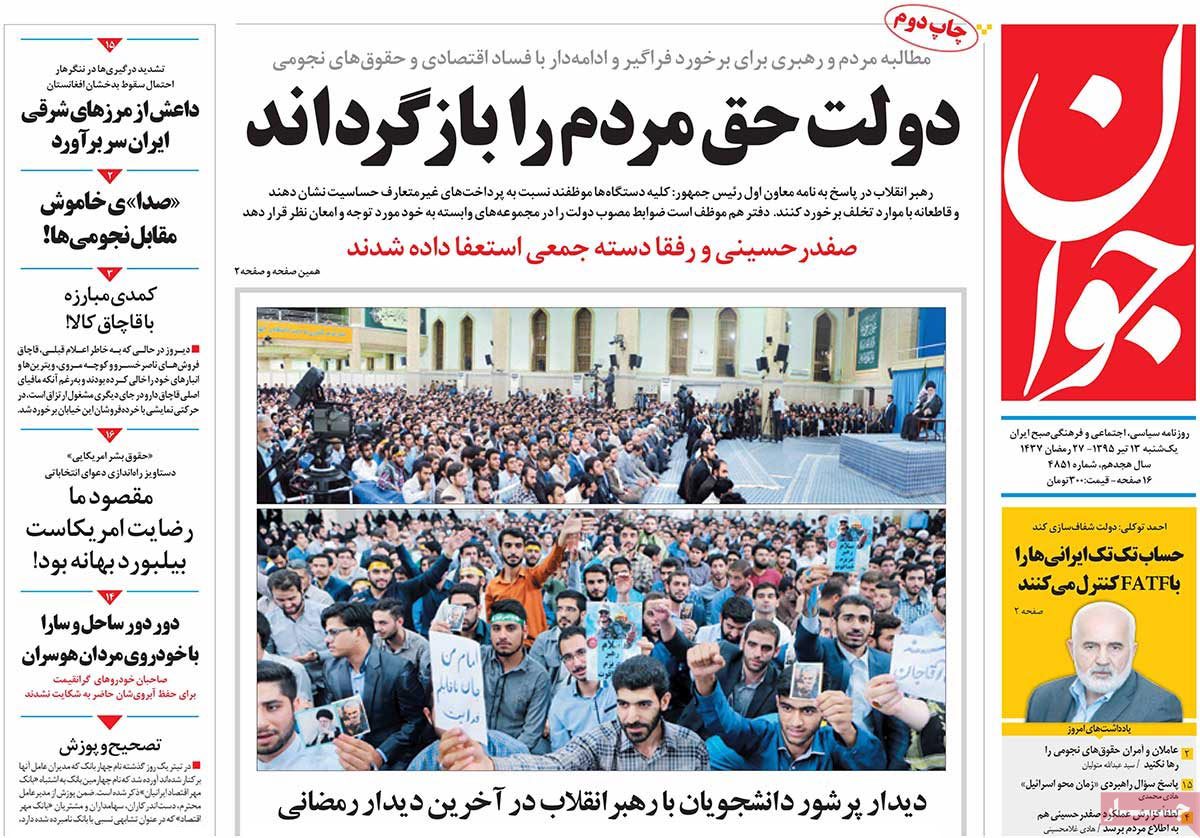 2- New Developments on Possibility of Ending the War in Syria 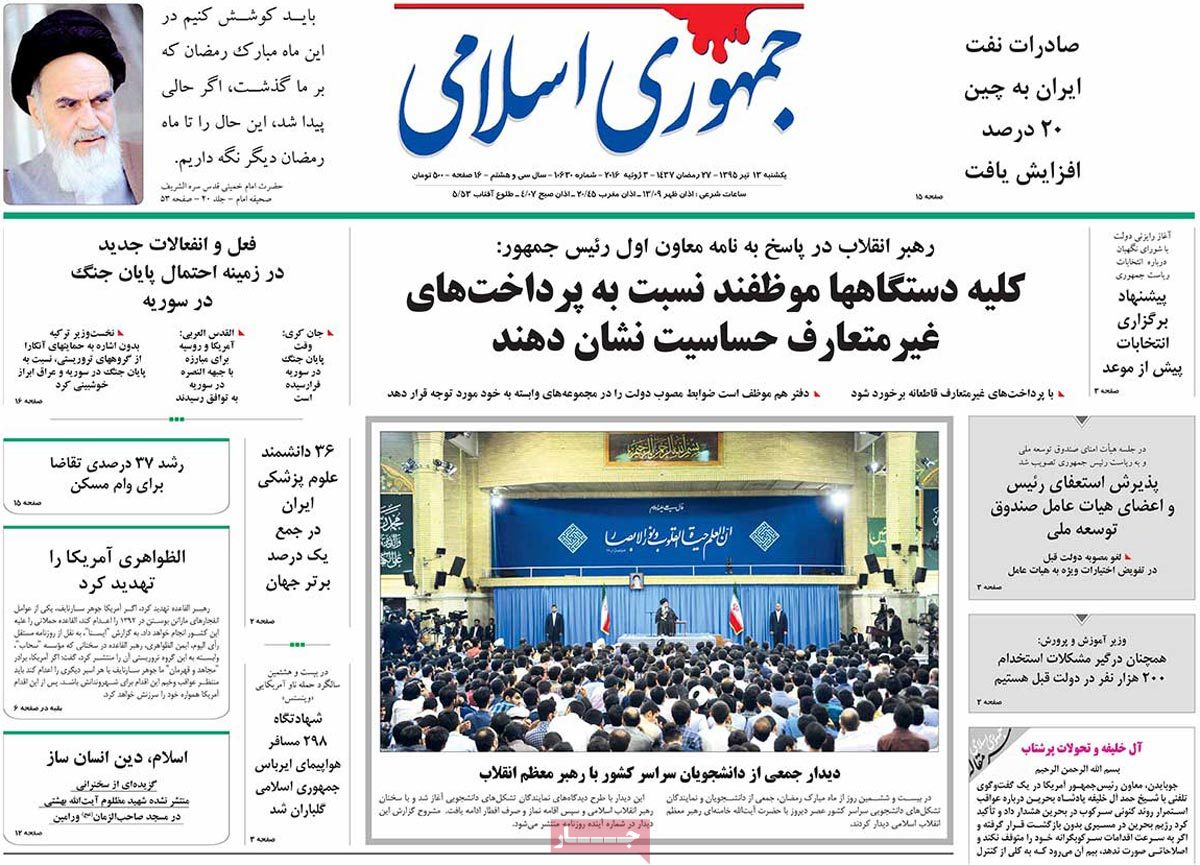 3- Palestine, Iran, Standing on the Same Cause 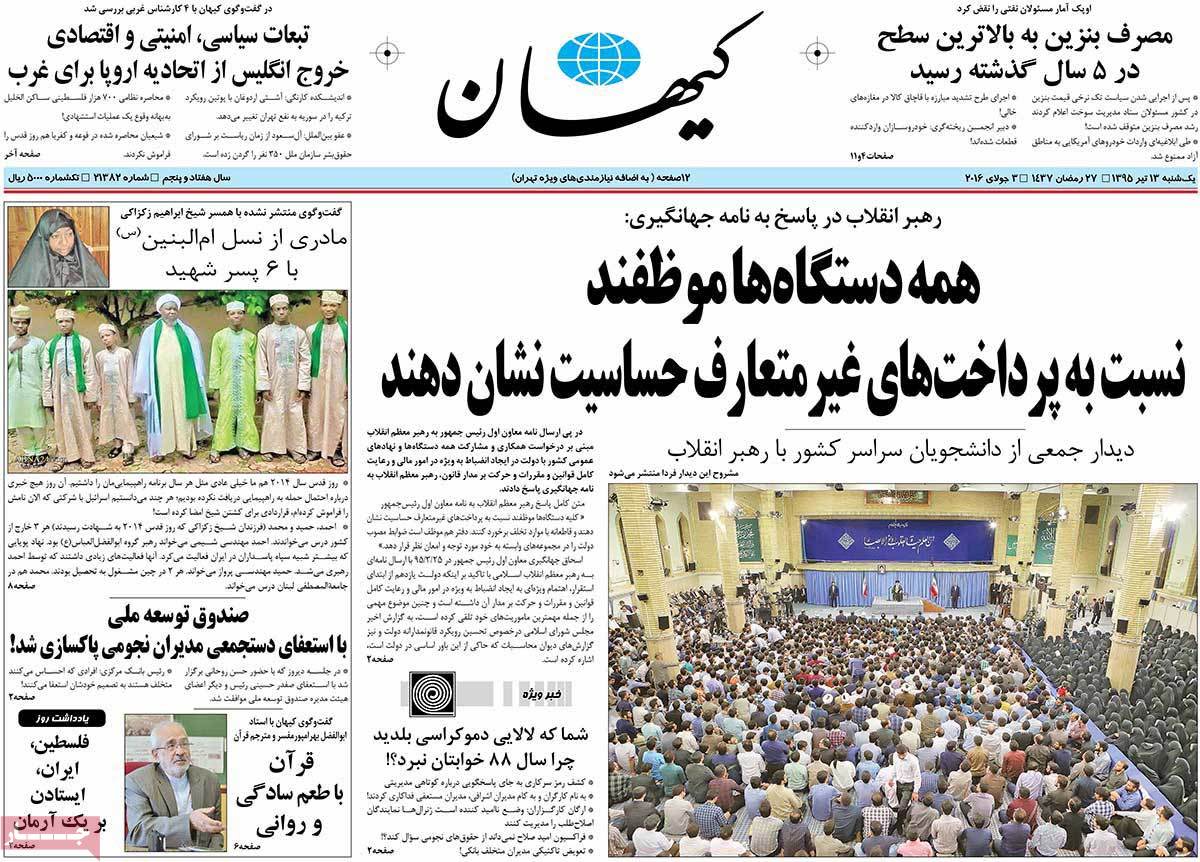 1- All Bodies Should Take Decisive Action against Unconventional Salaries: Leader

3- Accident in Mecca Ones Again: 18 Wounded Because of Stampede 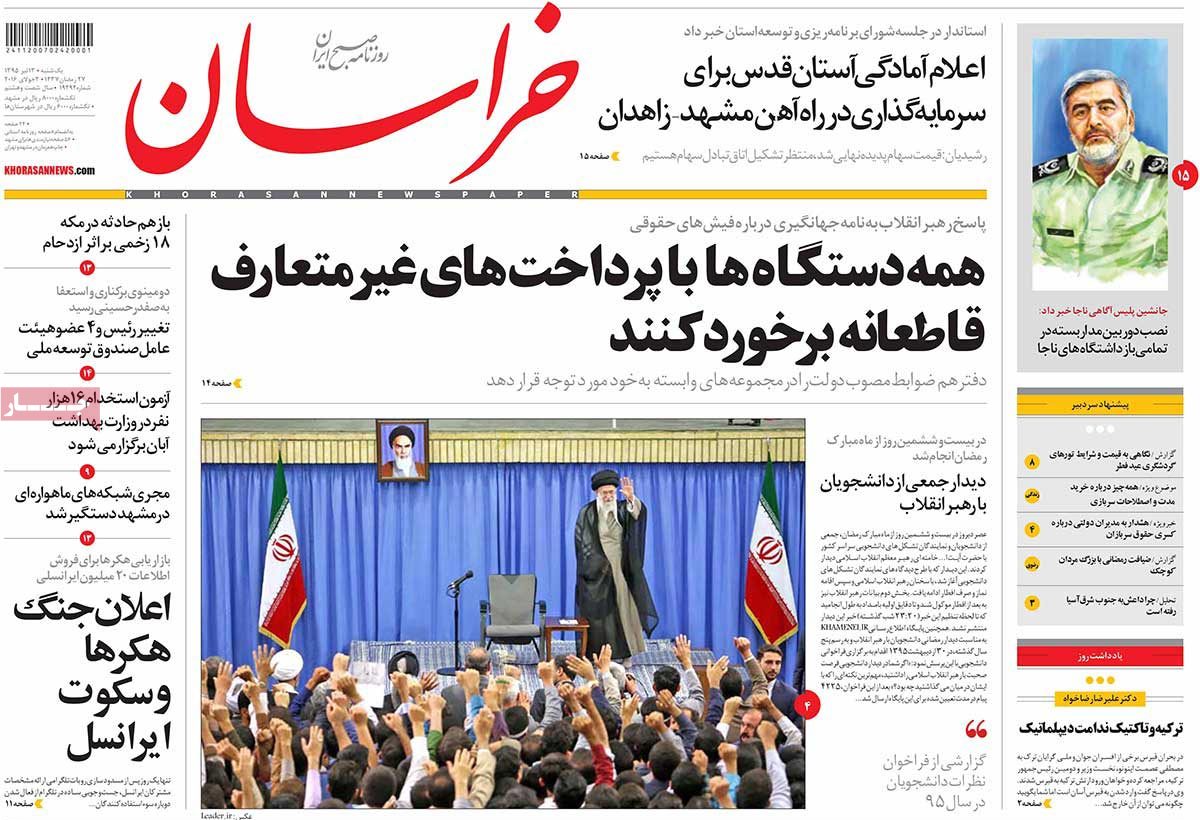 1- Government Should Explain to People about Secret Financial Deal with US: Cleric

3- Dependent Arab Leaders Are the Obstacle to Liberation of Palestine: Nasrallah 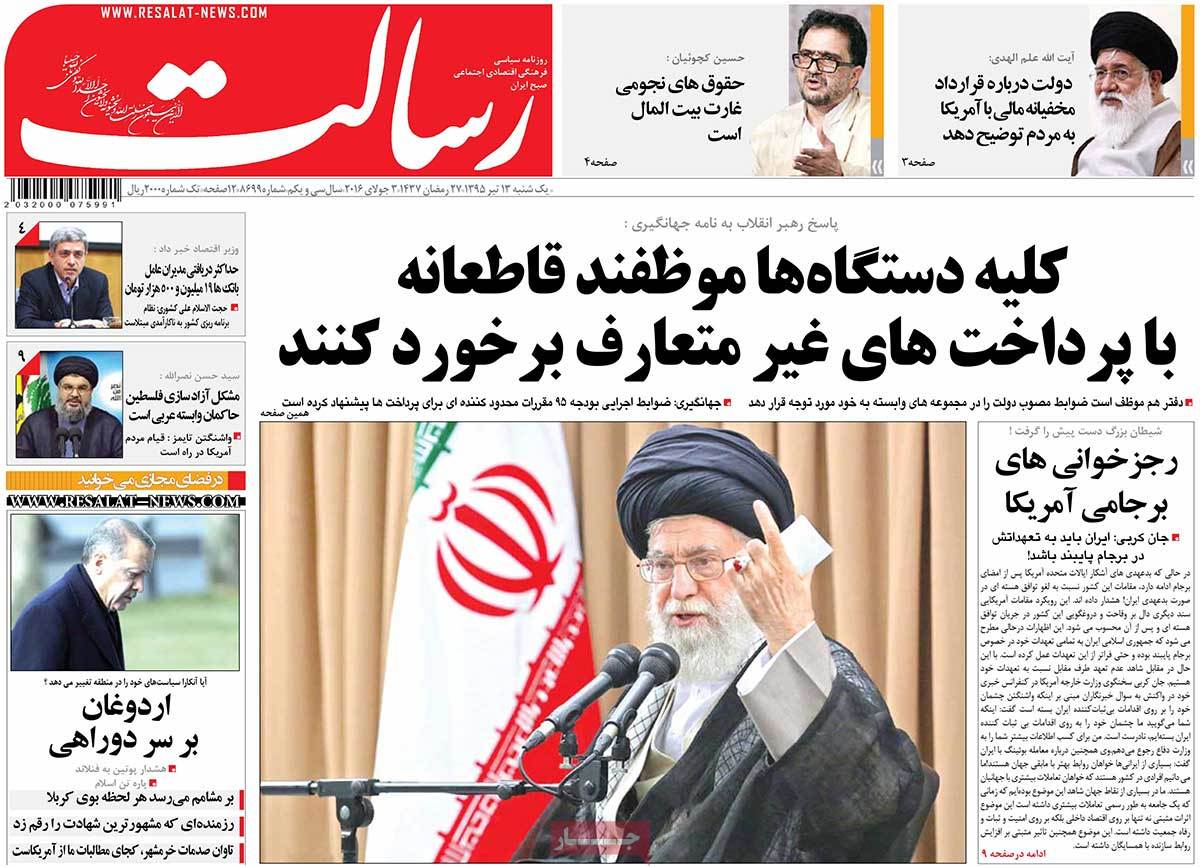 2- Iran’s Internet Speed as Low as That of War-Hit Countries: Speed Is Higher in Afghanistan, Iraq, and Saudi Arabia 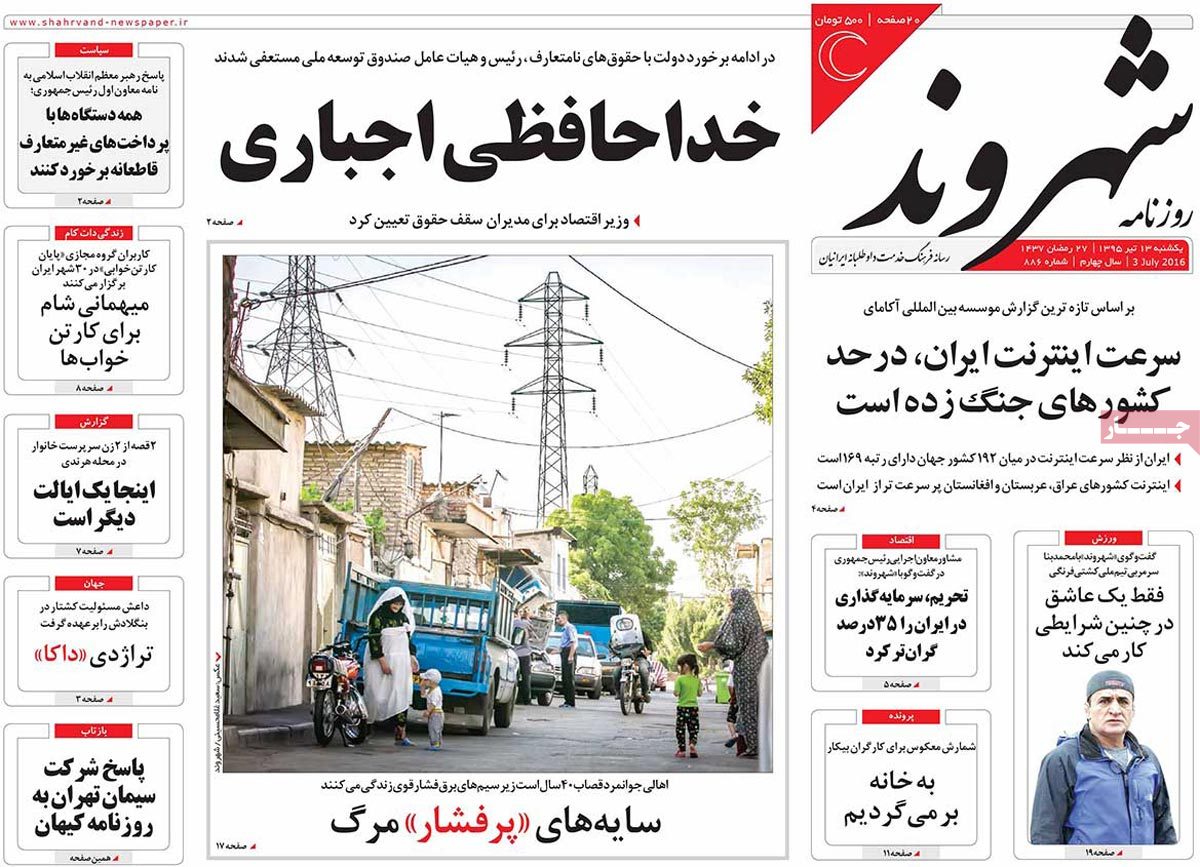 1- Ayatollah Khamenei: Even Leader’s Office Is Obliged to Observe Rules Ratified by Gov’t [on astronomical salaries]

2- Is It Possible to Put US on Trial for Shoot-Down of Iran Air Flight 655? 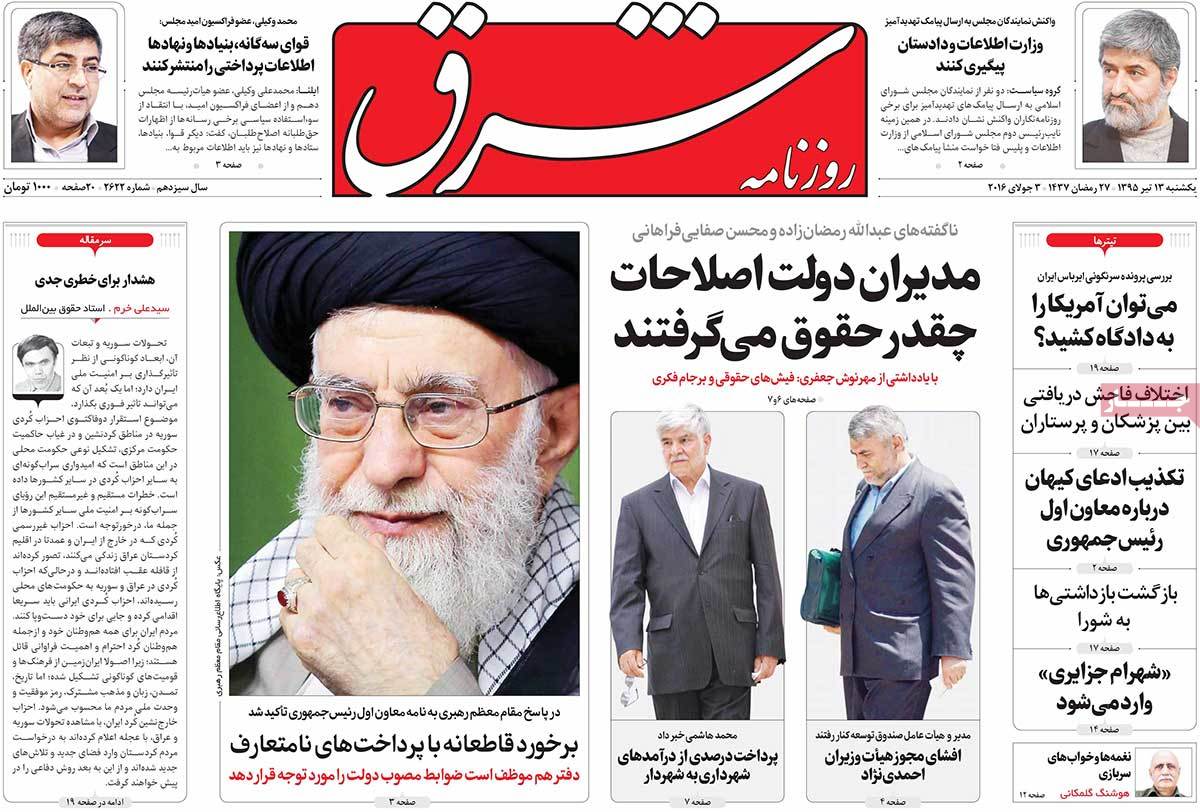 3- Free Trade Zones Not Helpful for Production and Export

1- ISIS’s Night in Dhaka: Export of Terrorism to the Subcontinent 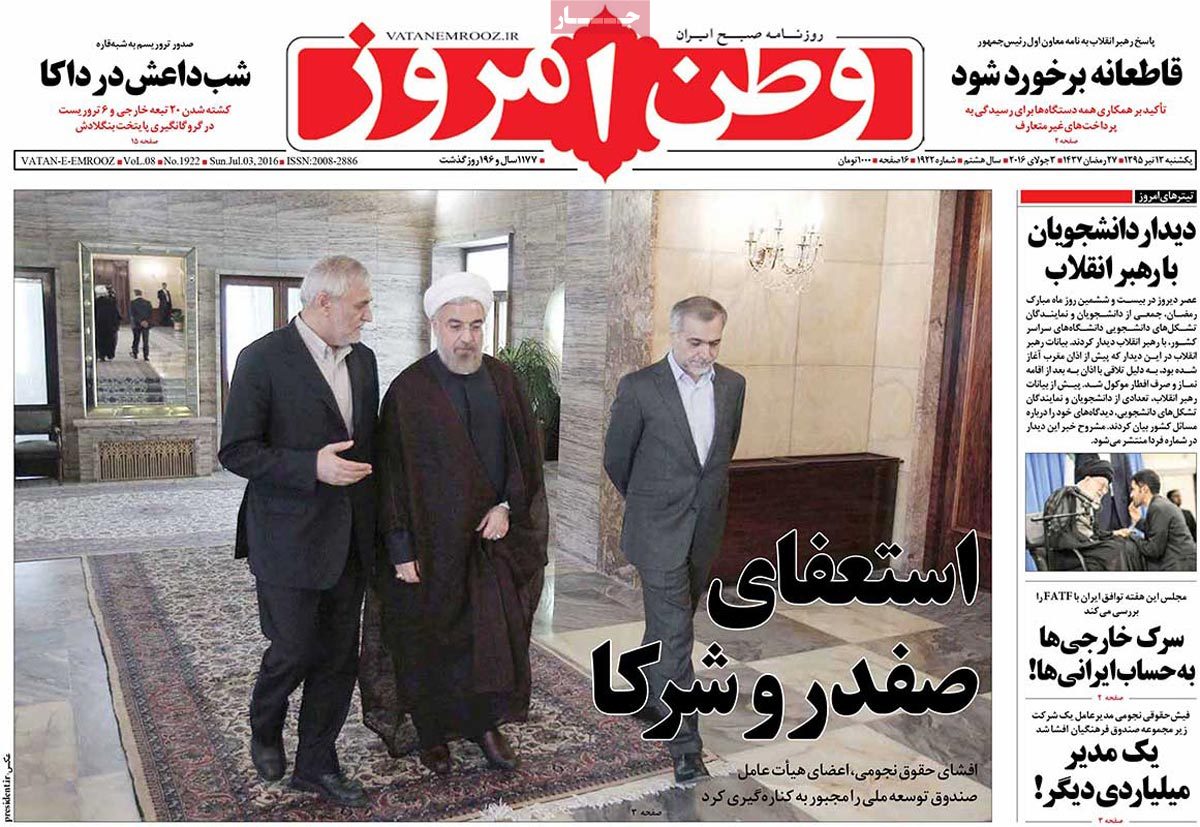