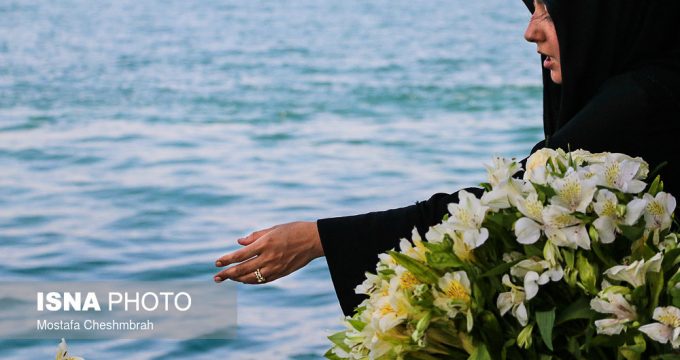 Iran Air Flight 655 was an Iran Air civilian passenger flight from Iran’s southwestern city of Bandar Abbas to Dubai that was shot down by the United States Navy guided missile cruiser USS Vincennes on 3 July 1988. The attack took place in Iranian airspace, over Iran’s territorial waters in the Persian Gulf, and on the flight’s usual flight path. The aircraft, an Airbus A300 B2-203, was destroyed by SM-2MR surface-to-air missiles fired from the Vincennes.

US officials at the time claimed their naval officers had mistaken the Iranian civilian airliner for attacking Iranian F-14 Tomcat fighter.

They also said that Vincennes crew had tracked the oncoming plane electronically, warned it to keep away and when it did not attack it with two missiles.

US officials also claimed that the Vincennes crew had been under a simultaneous psychological condition called ‘scenario fulfillment’, and had therefore confused their training scenario with reality and responded accordingly.

The then US president said in a statement that the cruiser had fired “to protect itself against possible attack.”

Ronald W. Reagan said the Vincennes had shot down the jetliner “in a proper defensive action” and that the Iranian aircraft “was headed directly for the Vincennes” and had “failed to heed repeated warnings.”

In a letter to the Speaker of the House of Representatives and the President Pro Tempore of the Senate, Reagan said his country regarded the incident as closed.

“…although US forces will remain prepared to take additional defensive action to protect our units and military personnel, we regard this incident as closed,” his letter read.

The US President also promised to conduct “a full investigation” to find out why the Vincennes mistook the bulky Airbus A300 for a F-14 fighter barely a third of the twin-jet airliner’s size.

The investigation board directed by Rear Admiral William M. Fogarty delivered their final report to the Navy on July 28, which included various human narrations mostly in contrast with what was reported by the SPY-1A computers.

The report showed that the decision to fire was taken on the basis of personal advice passed from junior officers to the Anti-Air Warfare Commander (AAWC) and from the AAWC to the CO, based on the contradictory evidence from the radar and electronic gear aboard.

Independent investigations and international organizations, however, presented a different perspective of the story.

John Barry and Roger Charles of Newsweek said in a report that Commander Rogers had acted recklessly, accusing the US government of a cover-up.

The International Strategic Studies Association said using an AEGIS cruiser in the area had been irresponsible, while the International Court of Justice said the US Navy’s actions in the Persian Gulf at the time had been against the law.

Despite the claims made by Captain Rogers and government reports, the United Arab Emirates records showed that the Vincennes was inside Iran’s territorial waters and not forty miles south, where it was ordered to stay.

In 1991, three years after the tragic incident, Admiral William Crowe, the Chairman of the Joint Chiefs of Staff under President Reagan, finally admitted on ABC Nightline that the US warship was actually inside Iranian territorial waters when the incident happened.

Iran declared the tragedy an international crime, saying that even if the warship crew had mistaken the Airbus for an F-14, the incident was the result of the US Navy’s negligence and reckless behavior.

Tehran further argued that the aircraft was flying within the Iranian airspace and did not have an attack profile, and as the warship crew were fully trained to handle ‘simultaneous attacks’ by enemy aircrafts, they could have handled the situation in a manner that would not claim civilian lives.

When the matter was taken to the United Nations Security Council in July 1988, the then US Vice President George H.W. Bush defended the Vincennes crew’s action saying that given the situation the officers in question had acted appropriately.

In August 1988, George H.W. Bush was quoted by Newsweek as saying, “I’ll never apologize for the United States of America. Ever, I don’t care what the facts are.”

Eventually, the UN Security Council Resolution 616 was passed, which expressed “deep distress” over the downing, “profound regret” for the loss of life, and stressed the need to end the Iraq-Iran war.

On February 22, 1996, the US agreed to pay Iran and the 248 Iranian victims of Flight 655 US$61.8 million in compensation to discontinue a case brought by Iran against the US in the International Court of Justice in 1989.

The compensation was, however, characterized as being on an “ex gratia” basis and the US never shouldered any responsibility for the incident.

The US government has to date neither admitted any wrongdoing or responsibility, nor apologized for the fatal incident.

The Vincennes crew was all awarded the combat-action ribbon and Lieutenant Commander Scott Lustig, air-warfare coordinator on the Vincennes, won the navy’s Commendation Medal for “heroic achievement” and “ability to maintain his poise and confidence under fire” which had enabled him to “quickly and precisely complete the firing procedure.”

Captain Rogers and Lieutenant Commander Lustig were granted the Legion of Merit for their performance in the Persian Gulf on 3 July 1988.