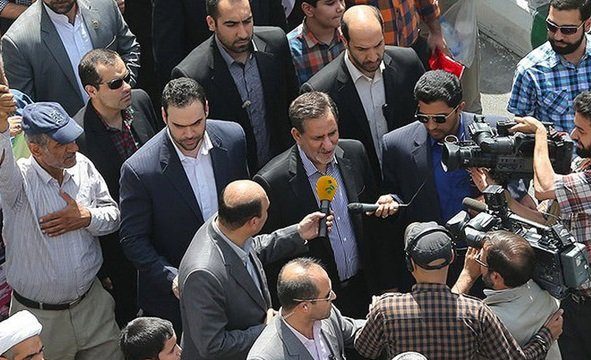 TEHRAN, Jul. 01 (MNA) – Iran’s First Vice-President Es’haq Jahangiri said defending the rights of oppressed Palestinians is one of the aspirations of the Iranian nation.

Jahangiri told reporters on the sidelines of the Quds Day rallies on Friday that the presence of Iranian nation in all scenes has been determining, especially at Quds Day, since one of the ideals of the Iranian nation is to defend the oppressed people of Palestine.

“They have vowed to participate at Quds Day rallies once a year and proclaim their support for the oppressed Palestinian nation and Holy Quds,” he noted.

Jahangiri said at the international and regional scenes indulged in terrorists and Takfiri extremist groups who confirm their acts by killing, bloodshed and confusing the region, Iranian nation express their support for the Palestinian nation and all oppressed people of the world with cultural tools.