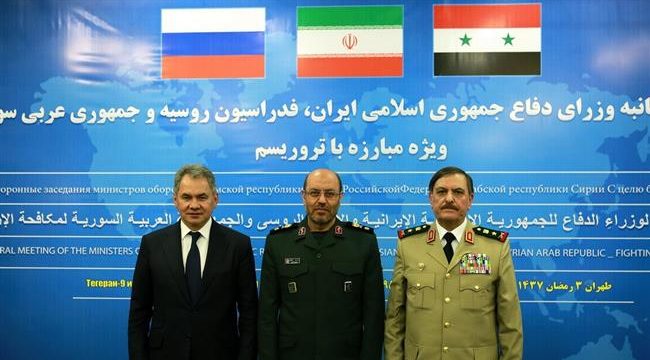 Damascus has asked for a meeting between the defense ministers of Russia, Iran and Syria.

“In my point of view, this [meeting] would be useful, taking into account all the circumstances and the impact of the military factor on the development of Syria’s internal situation,” Kinshchak told reporters.

Syria has been engulfed in a civil war for over five years. Apart from fighting against armed opposition groups, Damascus has had to counter the advance of various militant groups, including the notorious Daesh and al-Nusra Front, both outlawed in Russia.

Since the beginning of the Syria civil war, the United States and some of its allies have supported the moderate Syrian opposition, calling for PresidentBashar Assad‘s resignation, while Russia and Iran recognized Assad as the only legitimate Syrian authority.