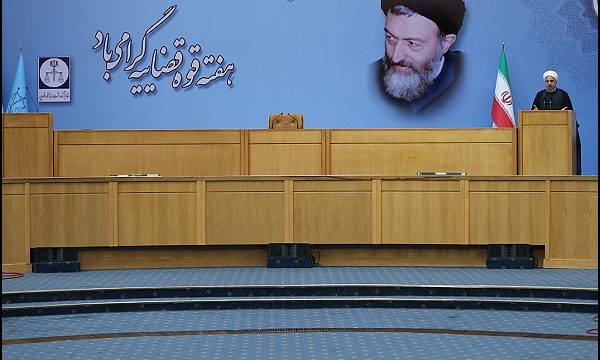 Rouhani: Judiciary should be shelter for nation

Tehran, June 28, IRNA – President Hassan Rouhani said here Tuesday that Judiciary in the country should be powerful and act as a shelter for the nation.

President Rouhani made the remarks at a ceremony on marking the national Judiciary Week.

The ceremony was attended by heads of three branches of the Government as well as senior officials in the country.