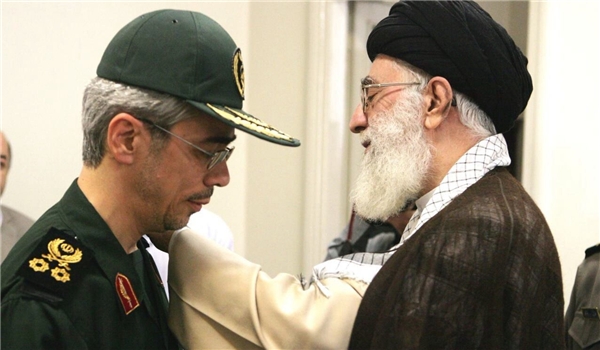 General Firouzabadi has been appointed as the top military aide of the Commander-in-Chief of the Iranian Armed Forces (i.e. the Supreme Leader).

Major General Baqeri is a veteran commander of Iran’s Armed Forces and he is brother of Hassan Baqeri who was martyred in 1980-88 Iran-Iraq war.