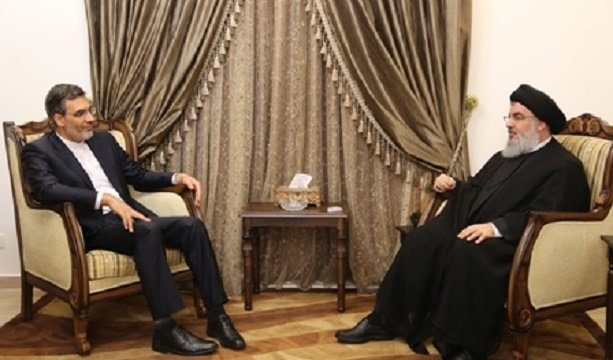 The Lebanese Hezbollah Secretary General Sayed Hassan Nasrallah and Hossein Jaberi Ansari conferred on the latest political developments in the region during a meeting where Iran’s Ambassador to Lebanon Mohammad Fathali was also present.

Jaberi Ansari arrived in Lebanon for a one-day visit on Monday and held separate talks with the Speaker of the Parliament of Lebanon Nabih Berri, Prime Minister Tammam Salam, and Foreign Minister Gebran Gerge Bassil. During the meetings, the sides exchanged views on venues for expansion and reinvigoration of bilateral relations between Tehran and Beirut, and discussed regional and international issues.

Hossein Jaberi Ansari, who served as Foreign Ministry’s spokesperson, was appointed by Javad Zarif as Deputy Foreign Minister for Arab-African Affairs on June 19. Jaberi Ansari has replaced Hossein Amir-Abdollahian who now serves as an adviser to Zarif.