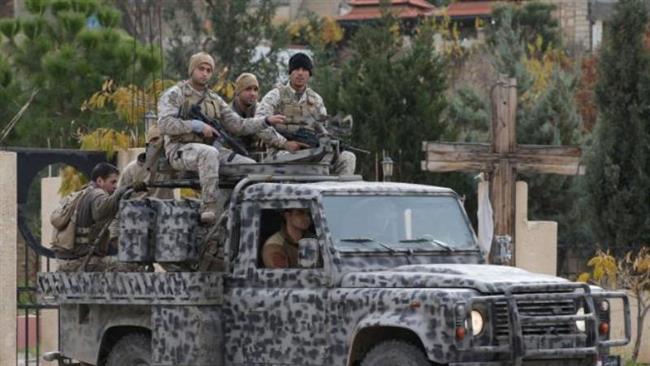 At least six people are killed and 19 others are wounded in terrorist explosions in a village in eastern Lebanon.

The blasts occurred as several people detonated their explosives in a crowded area in al-Qaa Village, a few kilometers from the border with Syria on Monday, Lebanese Al-Manar reported.

The bombers struck at 4 a.m. (0100 GMT), the mayor of Qaa told Voice of Lebanon. All those killed were civilians, he said.

Lebanon has often seen the infiltration of Takfiri elements from neighboring Syria into its territory, where they attack the civilian population or security forces with bombings.

On June 12, a bomb explosion rocked the western part of the Lebanese capital, Beirut, but did not cause any casualties.

Last November, however, more than 40 people were killed and dozens of others wounded after two bombings, claimed by the Takfiri Daesh militants, targeted a security post in the Bourj el-Barajneh area in the southern suburb of the Lebanese capital.