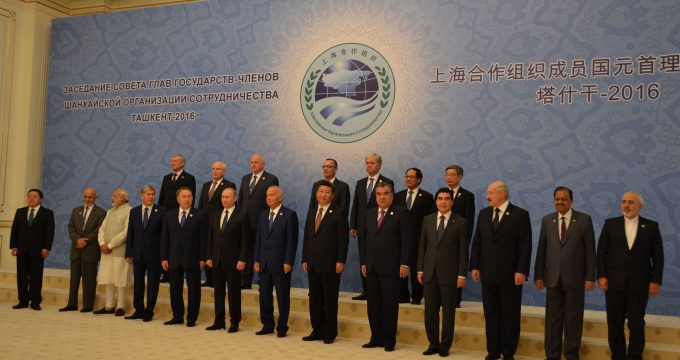 Iran’s bid to join the Shanghai Cooperation Organization is under consideration at the summit of the organization in Tashkent according to Russian assistant to the president Yury Ushakov. An expert on the study of Eurasia, Hamidreza Azizi told Sputnik in that Iran’s priorities are changing and it may prefer to join the EAEC instead.

Some time ago it was difficult to imagine that Tehran would refuse to join the SCO. But times are changing and today in the political, economic, scientific and expert circles of Iran there is a vast discussion going on regarding Iran’s membership in the SCO.

“The question of Iran’s membership in the SCO is nothing new. It was most actively discussed in the country during the last convocation of the government in Iran (2013). However, during the presidency of Hassan Rouhani situation has changed somewhat,” Azizi told Sputnik.

He further said, “At this moment, we need to understand why today key SCO members Russia and China have expressed interest in Iran joining the organization. Since 2008, a serious barrier for Iran’s entry into the SCO was the sanctions. The main requirement for SCO member states was that the potential candidate for membership should not be under international sanctions.”

The expert said that it was not really a structural problem for the organization but rather, the concern of having to face a confrontation with the West if Iran joins the SCO.

“Perhaps it is for this reason that the issue of considering Iran’s membership in the SCO has been postponed,” Azizi said.

According to the expert in the current conditions it is not only a matter of achieving the Iranian nuclear program that has renewed consideration of Iran’s membership into the SCO. There are other prerequisites as well.

“Russia due to tense relations with the West post the Ukrainian question preferred to build and expand its relations with regional allies in the East. We have seen how relations between Russia and China have expanded and how various bilateral relations with Iran have gained special importance for Moscow,” the expert noted.

Furthermore, over the last 2-3 years relations between China and the US have deteriorated due to the South China Sea dispute. Therefore, in such circumstances, China is forming alliances with regional key players.

According to Azizi, Pakistan was previously a strategic ally, but now cooperation with Iran can be much more profitable for China. Generally, it can be said that the issue of Iran’s membership in the SCO is in the interest of several players.

“Given the fact that Iran has very good bilateral relations with Russia and China, which are the key SCO players in the economic, commercial, political, military and other fields, that were the priority for entry into the SCO, but in the present circumstances it is no longer so relevant.”

According to the expert, Iran may well continue to develop successful cooperation with Moscow and Beijing even without the membership.

The director of the Research Center of the Eurasian Strategic Council in Iran, Mahmoud Shoori, said that in the foreseeable future talking about Iran becoming a permanent member of SCO is not feasible.

He said that Iran had applied for the SCO membership a long time ago, back in 2008. Unfortunately, up until now the Iranian application has not received a positive answer for several reasons.

“In fact, one of the causes became a clause, which was established in the charter of the organization. It said that those countries that are under the UN sanctions cannot become full SCO members,” Shoori explained.

However, Iran has viewed this clause as the statute of reluctance and lack of interest of some members of the SCO for Tehran’s accession into the Union.

Now, even Tehran’s interest is no longer seen as specific and clearly defined. Iran as compared to past years is not showing an active interest in becoming a member of the SCO, according to the director.

“Given the fact that the adoption of a new full member of the organization is solved by consensus of all the permanent members, not all the members seem to want Iran to be a part of the SCO. I see that under the present situation, the subject of Iran in the SCO may be delayed,” Shoori concluded.