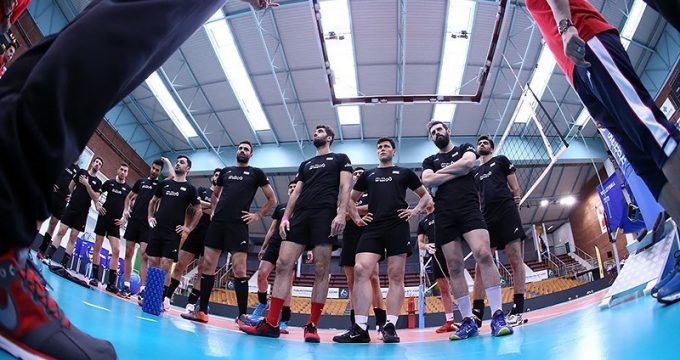 The defeat came after the Persians prevailed over representatives from Bulgarian counterparts 3-1 (18-25, 25-20, 25-23 and 25-20) in the opening match of the second week of the tournament the previous day.

They focused right from the start of the match against Brazil and sought to stop the opposite site from racking up points.

The Brazilians, who were fielded by Wallace de Souza, Sidnei Dos Santos Junior, Bruno Mossa de Rezende, Lucas Saatkamp, Thiago Soares Alves, Ricardo Samuel Lucarelli Santos de Souza and Maurício Silva, did not seem to be capitulating and gained a 8-6 lead  at the first technical timeout of the first set. Brazil finally wrapped it up at 25-18 to take the set.

The Iranian team managed to reclaim the lead after the break, and Mohammad Javad put his side ahead 6-5 in the 43rd minute.

Adel Gholami also demonstrated praiseworthy skills on the net, and helped the Iranian volleyball team lead the second set 7-6. Both teams went into the first technical break 8-6 in Iran’s favor.

Iranian players continued to present good serves and attacks after the break, and went on earning points, until their Brazilian opponents managed to save the set point and tie the game at 24.

However, Iran’s Seyed Mohammad Mousavi was quick to draw on Brazil’s poor reception and win the set for his side at 26-24.

There was not much happening at the beginning of the third, and the teams were tied at 9.

Lucarelli also contributed his share and Brazil led 18-13. Mauricio made it 19-13 shortly afterwards.

The national Brazilian volleyball team kept the pace after that, and Sidnei Dos Santos Junior scored from the center position to make it 21-16. Brazil ended the third set at 25-16.