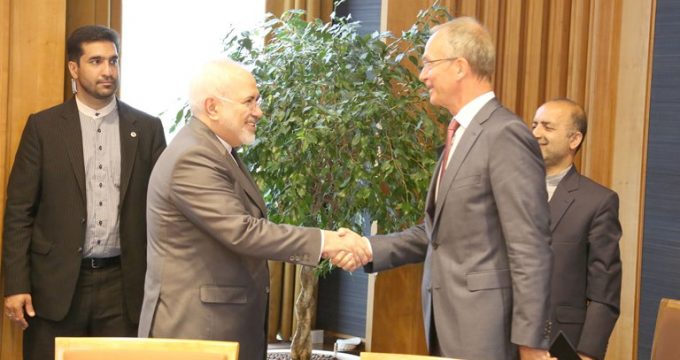 Iran calls for facilitation of banking ties with Netherlands

He made the remarks in a meeting with Dutch Economy Minister Hank Kamp.

Referring to the large number of Iranian nationals living in the Netherlands, Zarif said that facilitation of banking affairs for Iranian businessmen can help accelerate development of trade ties between the two countries.

Ground is ready for boosting economic cooperation between Tehran and Amsterdam, he added.

Zarif and Kamp underlined continuation of consultations between Iran and the Netherlands banking officials.

During their talks, the two top diplomats also examined ways for promoting cooperation between the two states.

Zarif held a joint press conference with his Dutch counterpart Bert Koenders on Thursday evening and was received by the Netherlands top officials.

Iranian foreign minister arrived in The Hague on Thursday morning after the end of his two-day visit to France.