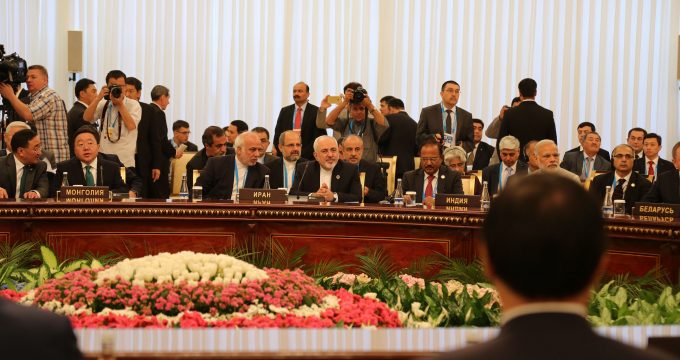 Rahimpour rejected rumors claiming that Zarif has left the SCO meeting in protest.

An Iranian media carried a news item on Friday claiming that Zarif left the SCO meeting in protest. The news was circulated in other websites as well.

Rahimpour stressed that Zarif did leave the meeting not in protest but to say his prayers.

SCO conference opened in Tashkent on Friday with the participation of Iranian Foreign Minister.

Iran has currently observer status in the SCO and it is expected that Iranian full membership to be put on agenda of the SCO conference.