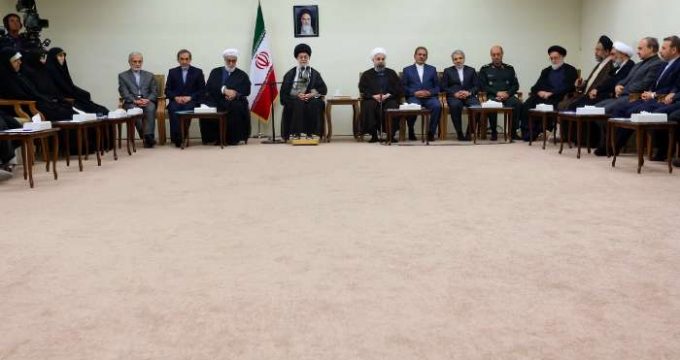 Tehran, June 22, IRNA – Supreme Leader of the Islamic Revolution Ayatollah Seyyed Ali Khamenei in a meeting on Wednesday with President Hassan Rouhani and his cabinet members urged the need to consider responsibility as an obligation not a means to possess wealth.

Th Leader also stressed that all officialls should be accountable for their responsibilities.

Ayatollah Khamenei made the remarks during a meeting which was held after a fast-breaking (Iftar) ceremony hosted by the Leader.

He referred to Imam Ali’s perception of accountability and said, ‘Considering responsibility, which is in fact an obligation, as a bait to possess wealth will lead to humiliation’ of humans.