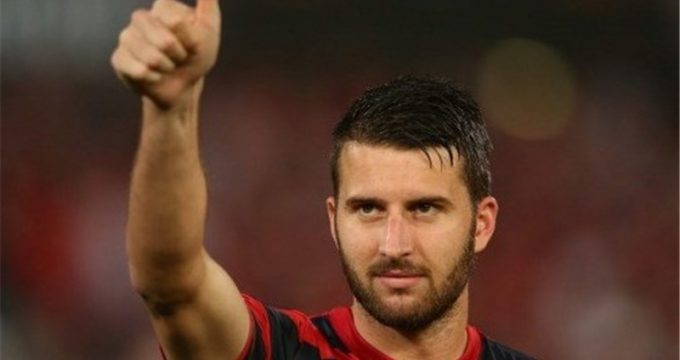 TEHRAN (Tasnim) – Croatian-Australian defender Antony Golec is on the verge of joining Iranian popular football team Persepolis.
The 26-year-old left back has reached an initial agreement with Persepolis.

Golec was a member of the inaugural Sydney FC National Youth League squad in 2008-09.

On 25 October 2008, Golec made his debut for Sydney FC against Melbourne Victory.

He has also played for Adelaide United, Perth Glory and Sydney United.

In 2009 Golec made his international debut for the Australian U-20 team in Argentina, Playing full games against Uruguay and USA. Golec was also part of the 30-man squad in the lead up to the 2009 FIFA Under 20’s World Cup in Egypt.