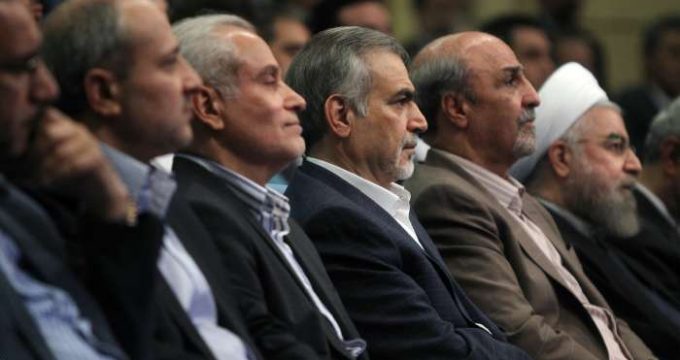 Tehran, June 20, IRNA – President Hassan Rouhani on Sunday praised Iranian people for their achievements in all areas particularly their successes in sports, science and diplomacy arenas.

‘We are glad to live in a country where the youth make great distinctive achievements in sports as well as science arenas,’ President Rouhani said in a fast-breaking meal ceremony (Iftar) attended by Iranian athletes on the occasion of the Ramadan month.

‘And in the world of diplomacy, they again act like great heroes armed with scientific, technical and legal powers,’ he said.

‘Today, they can appear in the middle of a global battlefield and be victorious,’ he said.

The arbitrary sanctions imposed on Iran were torn out thanks to national solidarity and diplomatic efforts, he said.

Iranian diplomats like great champions persuaded other parties to accept Iran’s right to enrichment, he noted.

President Rouhani added that those who were opposed to Iran’s peaceful nuclear program are now buying Iran’s heavy water products and are engaged in nuclear trade with Iran.

He laso called for paying attention to popular sports, saying that our athletes can depict the real image of the Islamic Republic.

Our athletes can introduce the Iranian culture to the world when they attend championship tournaments and competitions across the world, he said.

By following the Islamic and human ethics during the international championship competitions, Iranian athletes can neutralize Iranophobia propaganda against their country, Rouhani said.

They can show the real image of Iranians to the world, he added.