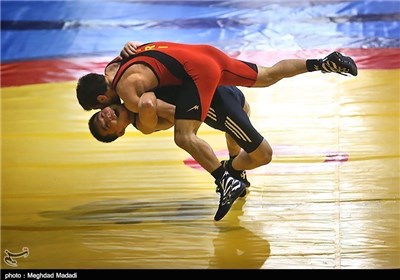 On Sunday, Iran’s Rasoul Garmsiri overcame a wrestler from Bulgaria in his opening-round contest of men’s 75-kilogram freestyle weight category in the Romanian capital city of Bucharest.

He then prevailed over his compatriot Jamal Esmaeili in the next match to march into the final round.

Garmsiri conceded a 2-4 defeat to an opponent from Romania and claimed a silver medal.

The achievement came a day after Iran’s Yousef Ghaderian downed his teammate Mahdi Fallah, who had prevailed his Bulgarian opponent 10-2 and 27-year-old Azerbaijani Greco-Roman wrestler Elvin Mursaliyev 7-1 in his march to the final showdown, in the last bout of men’s 80-kilogram weight class, and collected the gold medal.

Azim Garmsiri and Majid Aliyari were also awarded a gold medal each in the 71-kilogram and 98-kilogram weight categories.

Behnam Mahdizadeh also stood on the second podium in the men’s 80-kilogram section and pocketed a silver medal.

The Ion Cornianu & Ladislau Simon 2016 tournament started in Bucharest on June 18 and concluded the following day.