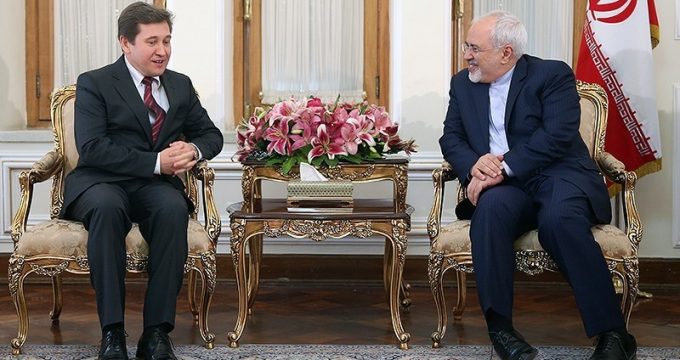 TEHRAN (Tasnim) – Iranian Foreign Minister Mohammad Javad Zarif lauded Belarus’s attitude in the era of Western sanctions against Tehran, saying Iran takes that conduct into account when it comes to strategies for the bilateral relations.

“Belarus’s attitude and record towards the Islamic Republic of Iran in the era of sanctions have been always sincere and constructive, and we take account of that behavior in the bilateral relations strategies,” Zarif told Belarusian outgoing ambassador to Iran, in a meeting held in Tehran on Monday.

For his part, the Belarusian diplomat, Victor Rybak, offered an explanation of the main activities during his ambassadorial tenure in Tehran, including the establishment of bilateral consular interactions and holding of 13 economic meetings to promote mutual cooperation.

Back in May, Belarusian Prime Minister Andrei Kobyakov voiced his country’s willingness to develop bilateral relations with Iran in various economic and political areas.

Speaking at the 13th session of Iran-Belarus Economic Commission in Minsk, Kobyakov also praised the long record of cooperation between two countries and the resulting achievements.

The premier further highlighted the enthusiasm in Eastern Europe for investment in Iran’s diverse areas of industry, including manufacturing trucks, mining and road construction.